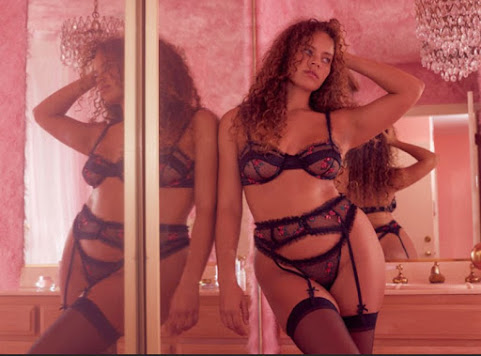 Given that the sun came out today, we take a quick peek at the discourse right now and a ton of pop culture hotness, community news and a few more items of interest.


Truck and trailer stolen on Plaza with workers trapped inside

KANSAS CITY, Mo. -- Kansas City police are looking for a suspect who stole a truck and a trailer on the Country Club Plaza this morning with workers still trapped inside. According to a police report, the workers were in the area of 47th and Pennsylvania working on fiber optic cables for a company called KW Underground when they felt the trailer they were in speed off.

OLATHE, KS (KCTV) -- Firefighters had to pull a woman from a burning home Tuesday morning. The fire broke out at 9:50 a.m. in the 700 block of Willie Street and was under control about 30 mins later. The woman is expected to survive. Two dogs died in the fire, firefighters say.

KANSAS CITY, Kan. -- One person was taken to the hospital a semi overturned Tuesday on Interstate 70. KCK police reported the incident just after 2 p.m. near I-70 and 18th Street. Officials say extent of injuries are unknown at this time. All lanes on I-70 at 18th Street were reported to be back open by 3 p.m.

By American Eagle Outfitters Inc. is adding new stores and refurbishing existing ones, setting itself up for growth at the expense of the competition, analysts say. "Amid thousands of retail closures, American Eagle is one of a few breaking new ground and we see market gains as Gap Inc.

WASHINGTON - The secret court that approves orders to conduct surveillance on suspected foreign terrorists or spies issued a highly unusual public rebuke to the FBI on Tuesday, ordering the agency to say how it intends to correct the errors revealed last week by the Justice Department inspector general.


Trump is not a lawyer - Ruth Bader Ginsburg

Supreme Court Justice Ruth Bader Ginsburg has responded to Donald Trump's call for the top US court to stop impeachment. "The president is not a lawyer," she told the BBC in an exclusive interview, adding: "He's not law trained." In a wide-ranging conversation, she also said poor women were victims of restrictive abortion access.


Meghan McCain Tells 'View' Audience To 'Calm Down' About Her Outbursts

The cast members of "The View" spent part of Tuesday's episode dealing with the elephant in the room: Whoopi Goldberg's testy exchange with Meghan McCain on Monday. At one point during Monday's show, Goldberg got so frustrated when McCain continued to talk over the other panelists that she blurted out, "Girl, please stop talking."

BNIM principal Laura Lesniewski was named as the American Institute of Architects ' Kansas City Architect of the Year. Lesniewski's focus is in sustainable and environmentally friendly design. She is known for her work in leading the design team for the Omega Center for Sustainable Living in Rhinebeck, N.Y.


Monster Jam returns to Kansas City for another high-octane weekend

On Sunday, Kansas City Chiefs tight end Travis Kelce came into the Denver Broncos game needing 11 yards for 1,000 on the season. And late in the first quarter, he got just that many with his first target - an 11-yard catch with the Chiefs facing third-and-4.

Everyone is a Hall of Famer today (which means no one is when everyone is.)

Reality: stats are bogus, have been for a long time, rules bent to assist the offense. Receivers run free, QB's are babied and more games are being played than ever before.

Too, talent is so watered down due to so many more teams and hundreds more players/larger roster size (filler) so that the game and its integrity has been relegated meaningless. Many guys today are possessed of talent better suited to being laborers, fry cooks, cashiers as well muggers/criminals.

All the advantages players/teams have today that did not exist yesteryear considered, minimum requirements/criteria for Hall of Fame induction must also be adjusted accordingly to mean anything at all... left undone stats are no longer relevant.
_____________


As for TE in question Kelce, he isn't even the best TE in the NFL right now. He's the Marcus Peters of offense: Peters wouldn't tackle - Kelce cannot or will not block - he's a 260 lb. lug who is supposed to be a blocker as well a receiver, but is good for a dropped pass (or several) especially when you need a big catch.

If winning is the measure - it is 'the' reason they play games, several more teams TE's (6 to be precise) are better than Kelce in producing wins.

"Yeah but he has the most (whatever stat)!" Check that claim more closely.
If scoring matters, Kelce - despite being targeted more than any other TE - is not at the top in td passes caught. 8 other TE's have more td catches - in fact the best Kelce can do is TIE (with 7 other TE's) for 9th place.

Average yards per catch? No. 3 more TE's are better than Kelce, who is 4th. He's an glorified dump off receiver, who squats past the line of scrimmage, usually over the middle or flares out either side. Which is why the longest catch is also not something he leads in. 14 other TE's have had longer pass catches, which is telling/affirms the 'dump off' mentality mentioned.

So what does he lead the NFL in? With so many more targets, he should lead in catches and yards, and he does - but only 2 more than the runner-up guy, and his 1000+ yards receiving puts him (with benefit of more catches) just ahead of another TE. Hardly the stuff of the best TE in the NFL 2019, let alone being Hall of Fame caliber... which clearly, he's not.

More targets having allowed Kelce to more catches and yards isn't saying much. Emmitt Smith has more rushes, yards and tds than any other RB, but like me, most people don't rank Smith as the best ever.

Just like a Brry Bonds in MLB, who needed 837 'more' at bats than Babe Ruth to even TIE him at 714 hrs. Hank Aaron? He was legit unlike Bonds, but even Aaron couldn't carry Ruth's shoes. When Ruth, Bonds and Aaron all had the exact same 3 of at bats, their hr totals were as follows: Ruth 714, Bonds 619, Aaron 423. So much for 'modern day' stats, any/every sports... bogus.

Back to the great overhype Kelce: how does he rank in being a pro on the field, and providing leadership? Kelce is listed as 30 but acts like he's going on 13 based his deportment. An overgrown adolescent, and prima dona (his laundry list of poor sportsmanship acts afield is long. Upshot: he's an embarrassment - as big a one as the Chiefs have put on the field since arriving 1963.

Give me Fred Arbanas instead of Kelce every day and Sundays, Tony Gonzalez too who was (if only barely) a better blocker and far better receiver than Kelce. Just the facts. This is Sgt. Joe Friday, signing off till next time.