TKC TOLD YOU SO!!! ACTIVIST PUSH FOR KCPD 'LOCAL CONTROL' HAS GREATER COMMUNITY SUPPORT THIS TIME!!! 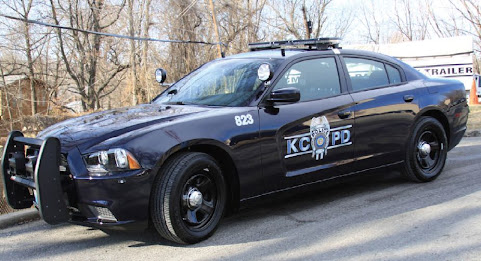 A scary resolution launched on Halloween . . .

Ordinance #190912: Directing the City Manager to conduct an analysis of the advantages and disadvantages to the City if local control of the Kansas City Police Department were returned to the City.

We've talked about this during the run-up to the election and now it looks like the new council is starting to take action.

Back in 2013 the KCPD rank & file police union denizens pushed back this effort but since that time there has been a consistent and well-planned strategy to move the police to CITY HALL CONTROL . . . Given that the mayor already has a place on the police board and so they are, in fact, locally controlled.

- Tax Fighters are showing support for it as a strange compromise in order to garner favor in the urban core. Neither Rex Sinquefield nor Crosby Kemper will have to deal with the aftermath.

- KCMO is desperate for cash . . . Behind the scenes, THIS IS POWER PLAY TO GET TO POLICE PENSIONS. Social justice concerns are a distraction for the plebs. KCMO needs money and Missouri or police officials can't keep their pensions out of city hall hands forever once they're inside the system. They'll say a pension takeover could "NEVER HAPPEN" but ask former Councilman Ed Ford and he's very forthright about police pension money coming under city hall control as an inevitability.

- To be fair, accountability is a major issue. With a violent crime spike and more complaints over the KCPD "perfect record" in officer-involved shootings. The police might not have the votes or the public goodwill to stay out of city hall clutches.

Another reason NOT to move to KC.

Recruiting will go downhill. Best of luck with your 2 hour response times. Hope you enjoy that pension money.

The problem is the tweaker. With the Drug problem. If they have no money, they will rob and steal .Honest Citizens Carry a weapon for protection. There has been a few times in Kansas CITY where the bad guy that thought I was carrying a weapon. And took off Fast . The bad guy's will go after someone that is week and won't have a problem to rob.

Sorry typo. That is weak. My Robot misspelled.

Local control does exist. The members of the Board of Police Commissioners, except the Mayor (who sits ex officio), are appointed by the Governor, but virtually all of them are, and have always been, local citizens of KC. Currently the Board's annual funding is per a state statute and driven by the City's changing financial condition from year to year.
The Fire Department, through IAFF Local 42, always insists on "parity" with the Board of Police Commissioners' annual funding, so if local control happens, look for Local 42, which has much greater political clout that the FOP, to begin to demand and get a bigger and bigger share of the funding that currently goes to Police. Police's pension plan is currently much better funded than KC's pension plans ($1 Billion + underfunded), so look for the funding level of Police pension plan to deteriorate rapidly. Local control would be a financial disaster for KC and result in Police corruption like we see currently in the illegal gun dealing in the Fire Department. The kind of corruption that caused the State to take control of the KC Police Department during the Pendergast era.

^^^more like minimum 4 hour response times if not told to just walk the stabbing into the station. FOH

You need only ONE reason this is a bad idea.
And it's this:
The same corrupt incompetent idiots who "oversee" the governance of the city and produce such stellar results as terrible streets, sky-high water bills, and millions of wasted tax dollars would then be "running" the police department.
@3:35pm is right on the money.
The KCPD is already run by local people, including the mayor.
The notion that anyone at all in Jeff City has any hands-on interest in the KCPD is silly and uninformed.
The low-information "activists" need to find a different horse to ride.

What they really want is control by the city council taking orders from the black reverends and BLM crooks. Result - Baltimore.

Returning KCPD to local public officials is irresponsible and dangerous. This will put the political gangsters and their corrupt allies in a position to further destroy the city and harm the public.

Its time for local control..St. Louis is doing fine...Did not effect the corruption within the dept... Crime can't nor will it every be just a police issue..

City government is a key factor and their relationship with the public.