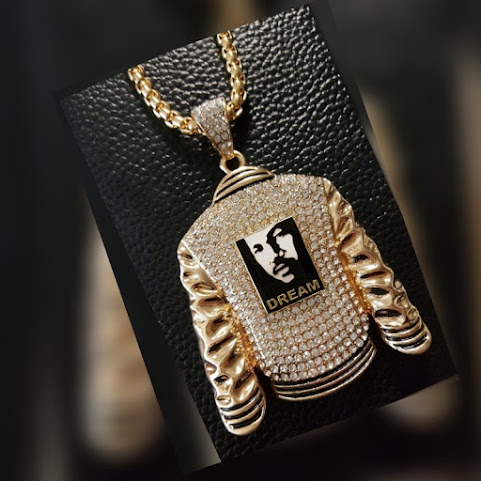 Here's a consideration that garnered the Saturday local news media spotlight as more factions weigh in on this contentious local issue . . .

For the moment we want to give this effort the serious consideration it deserves and won't question the fact that many of these petition organizers don't actually vote or reside in Kansas City proper.

Here's the artsy proposal that takes the vibrant spirit of back alley murals and paints the politics of this town with just a bit of creative expression:

The reasoning behind this move not only challenges big money local residents and invokes a social justice reinterpretation of Kansas City history but also ignores the request from many African-American community leaders that the MLK tribute should also involve neighborhoods wherein the majority of the population is African-American.

We wouldn't dare suggest this "news story" is merely yet another publicity grab but instead we admire the cleverness of the proposal that might or might not be very effective satire at the expense of local news and political leadership. Reality: It's Saturday night and key demographics are out enjoying their lives NOT watching the legacy broadcast reporting . . . So this is really just a bit of fun filler on a local topic that has already been decided by people with real power.

Sadly, just as spray paint murals attempt to challenge the political status quo in Kansas City, they also mostly serve to beautify blighted neighborhoods and provide non-profit handouts to struggling artistes -- It both respects rarely providing substantive change. Nevertheless, we acknowledge the idea as INVENTIVE even as afterthought and one more political opinion shared in this ongoing conversation of at least two years amid the rising homicide, worsening homeless problem and a property tax crisis that threatens to put working people outdoors as the weather turns colder.

And all of this inspires tonight's playlist on the topic of politically charged street life . . .

Actually, a better idea than the airport suggestion.

^^^^ Homeless, murders and infrastructure? KC doesn't want to talk about those things. They cost money. The conversation about social justice is much more popular because the winners get cash prizes. Fun for everybody.

Everybody is at Thunder-gong tonight. Most people in KC don't care about this junk, don't vote and don't register to vote. Sorry.

Compromise: 12th & Oak should be MLK Blvd! I'm sure the junkies by the fountain would appreciate it. They would be inspired.

Terrible idea!
Why do these clowns keep insisting on renaming a named street?
Best idea is 63rd Street.
Or nothing at all.
How about addressing some serious issues?

This is the definition of race baiting.

why is our city so determined to pay the MLK family 300,000 every year to name a street?

Obama BLVD would be a trend setter and quite epic

7:55 YOU are right .Kansas City has much Larger problems,There is a M.L.K.PARK TURN IT INTO A WORK OF ART. SO PEOPLE CAN COME FROM ALL OVER THE WORLD TO SEE IT .THE SIMPLE SOLUTION.

Doesn’t matter what street they try to rename, nobody wants or needs a mlk street, it’s all just attention whores trying to get publicity. If you’re already 0-3 and you still don’t understand why then you truly are stupid.

9:14 that notion has been debunked, which is probably why the number keeps going up.

This story has made the world news - they are laughing at you.

Name a street after Dr. King, & then move on to these other problems that don't have any solutions.

9:41 Can you reference or link to a definitive official statement on this matter? I want to know not if a certain number is incorrect but if any amount of payment was to be paid or zero. I can not find any official statements one way or the other. Than you.

The mere fact that it’s endorsed by Byron the Buttplug is enough to know it’s a stupid idea.

Why has this crap started ? Just causing problems from 100 different reasons for absolutely no gain the city.

Name things after local heros. It helps educate everyone about the city itself.

I hope these guys succeed. You are right, Tony. I don't live in KCMO and cannot vote. I am a white JoCo female, and would support this proposal in a minute. Guess I am just racist. Oh wait, that was J. C. Nichols, a "product of his time" but still responsible in part for our racially divided city.

First, before naming anything anything, is anybody going to have to pay anybody now or in the future a GD cent or more for naming rights? If so, DEAL BREAKER, GAME OVER!
Someone please reference me a source or link to a definitive statement from an official or credible source YES or NO. Classified Government documents are easier to come by.

Byron. So sad. Won't anybody within hundred of miles of where you live play with you? Guess not, so you still try here, where no one gives a shit either.

Total insult to Mr Ward.... Leave it to Beaver’s dad.
Wally and June- from my understanding- are pissed...especially June’s family now that she is gone.

Ward was a great man... having raised the Beaver through a traditional family.
Race baiters take note: KC Does Not Pay Yearly Fees to the Ward Cleaver Family!

Make it Prospect, honor their black on black murder rate they can't get control of. That must have been MLK's vision, as that what be heard.

Agree with the idea of turning MLK park into a destination park which would be a gathering place to honor MLK and be a central point for balloon releases and vigils.
Go4KC has be spewing that KCMO is a world class town so KCMO should at least have a state class park.
As Bryon stated "Name a street after Dr. King, & then move on". The good people of KCMO should vote to change the name of Camden St in Clarksburg West Virginia to MLK BLVD. This would give racist Bryon the name change he wants and everybody moves on.

Go4KC knows nothing about KC and Bryon was raised by parents that know nothing outside of a welfare check and living in bondage.

11:41, you’re the worst kind of racist, sitting in JoCo shedding crocodile tears over “our racially divided city,” although I’m sure the women on “The View” would be really proud of you. As for JCN, the “restrictive” policies that his company enforced at the time were commonplace in most parts of the country. It’s hardly fair to beat him up over what was customary nearly 100 years ago.

^^^^ +100 Glad somebody isn't afraid to speak the truth on this blog. Most of the comments suck but I'm glad to see that there are at least a few people who realize that we need to take a second look at Kansas City's history.

The name change might not happen but at least it keeps the conversation going!

Yes, because hand-wringing about injustices of grandpa's time is how we keep the perpetual victimhood business going!

At all costs, do not engage with present problems and realities.

0-3 and the conversation should’ve ended already, why can’t people get it through their thick skulls that nobody wants that jack ass’s name on a street? Are you people stupid or something? What part of the black community doesn’t want this don’t you understand? God damn you people are dense.

Hey Byron you racist piece of shit how many streets in your town are named after King??????? How many even in the state you live in???? Any parks named such???????

STFU and stay out of our business you fucking cretin.

There is already a park named after him that's a shit hole from what I have been told. Never been there myself and have no plans to do so either. So all you fat ass Rev's how about getting off you fat butts and go clean this place up before you slap a name on something else that soon start looking like a shit hole.

CHICO IS NOT THE MAN!

What is fundamentally overlooked by the Social Justice Warrior crowd is the fact that it's a bad idea to rename streets.

Whenever you steal from one group/individual to give to another, you are behaving unjustly and picking a fight.

More than anything, this fabricated quest to honor MLK by taking something that already belongs to another is an example of shallow thinking. It's very disappointing that groups like the SCLC, KCMO Council, KC Star Editorial Board, and many others, publicly flaunt their mental disabilities.

9:51: #2: Even Diane Euston, who was an ardent supporter of "Save the Paseo," says the notion that the King family gets royalties from streets named after MLK is false, there are people out there who will believe anything, and evidently 9:14 is one of those.

I doubt very much that the King family would get money if a street is named after MLK Jr. They only require consent and a licensing fee if the name is used in a commercial enterprise. Public use of the name is just free advertising.

That said, I don't much care whether the city names a street after MLK Jr., so long as (a) it's not my street; and (b) the promoters get the consent of 75% of the abutting property owners as required by ordinance.

9:28 AM Please reference or link me to any official comments on this naming rights payments issue. Would like to see for myself any credible definitive statements on this seemingly impossible to find info. as to Yes or No. Surely an official confirmation or denial is on record. Thank you.

^^^The only thing I could find is this: http://www.nbcnews.com/id/30267589/ns/us_news-life/t/king-family-draws-fees-memorial-project/

In 2009 the family got $800,000 for the name and image on the national monument to MLK, which struck many people (including me) as beyond tacky. If someone else has a link to prove cities have to pay to use his name on streets, I'd like to see it. Until then, I'll consider it fake news.

I find $300,000 an inflated number, but I am some what perplexed by the difficulty of finding statements one way or the other. Which leaves it open for speculation that maybe they do get some amount. I have read they are very litigious. Seems to be one of these media do not touch subjects. Thanks

Talk about race baiting. The group trying to rename JC Nichols Pkwy to MLK are wrong. You can tear down confederate monuments, you can rename roadways, you can paint murals and hold candle light vigils. BUT! History is history! You can change it on the internet and in school books and have teachers disclaim it happened, but it did. If you deny history then you are doomed to repeat history. I think it is better to acknowledge history and learn from it so we don't repeat the bad parts of it.