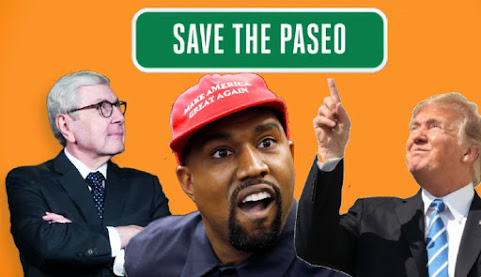 The GOLD STANDARD of Kansas City conversation deserves a morning highlight this week because they offer better journalism than any other outlet in Kansas City in the aftermath of a historic election.

Credit Kansas City policy expert Patrick Tuohey with this important insight that every other news outlet in the nation missed: 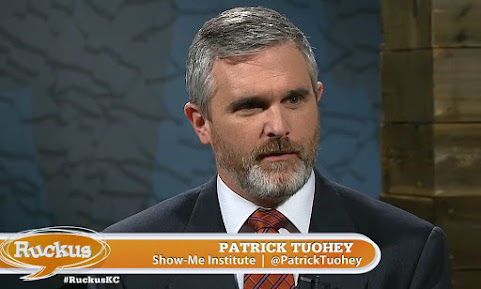 Michele Watley is a nuanced thinker and a rising star in Kansas City politics. 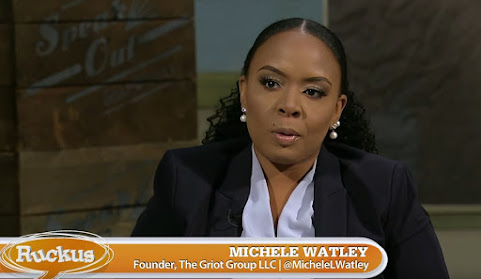 "Their vote wasn't against Dr. Martin Luther King; but essentially a rebuke of Black leadership."

Former Mayor Sly's receptionist made her local talk show debut and did quite well . 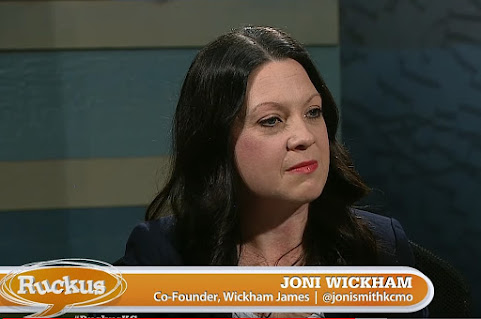 Check the description of the smartest conversation on the topic we've seen thus far . . .

Finally, it' wasn't about race. It was about process!

Thank Heaven somebody said it!

Exactly what I predicted. Black people didn't want their property values to go down. It was a green issue, not a black and white issue.

First, someone has to locate what passes for "black leadership" in KCMO.
Hope they'll let us all know if and when they find it.

LMAO just when you thought things, and this show now couldn't go any lower.

Heard a rumor Tuohey is going to do a secret Santa this year and hand out cash to people trying to pay their property tax bills. He could also donate his fee for appearing on this show to charity?

Michele is a typical liberal black trolling raycissism. Shes so unhappy, does she know how to smile? And that Joni, ugh! What a mess! Patrick always sits there upright, dignified and logical. Thank God for the Show Me Institute!

Sitting there in an upright, dignified and logical position has certainly fixed things.

I am not racists, but I am so sick of the blacks, their violence, their crime, their fatherless kids, their rap music and violent lyrics, their bad decisions, their victim hood and their ghetto talk. There will be no improvement in the black culture until the BlackRevs want positive change. Change in the black culture will come from within - and not until then. No matter how many streets you rename (effing ridiculous the city would pay a Trademark fee to the King family every year for perpetuity) the black culture will remain a violent cancer on our society. Black culture will improve when they (blacks) want it to improve and put the effort and values forward to so. Absolutely sick of the drag they are on our western culture. All this crap about a MLK street name... what about the pot holes, what about the housing crisis, what about creating true economic development?

Well shoot, what are they gonna pull out of their ass’s now? it was about race for the fat fake revs, this is what they've been teaching in their churches, that’s how they make their Escalade money by stirring the pot with their followers and city hall. Their narrative is toast, it’s nevar been whiteys fault all along.

damn that must hurt them, I mean their pocket book!

RACIAL ANIMUS 4 EVER?
The most striking thing about Issue 1, the MLK/Paseo change, is that most Whites and Blacks still don't understand or trust each other.

White people say the vote wasn't about race per se, but rather a rebuke of the Council and a group of clergy attempting to subvert proper process. Shanin cites Lucas, James, Cleaver, White as proof that White racism isn't institutionalized. Tuohey cites election result facts that even the 11 predominately Black wards voted to return The Paseo name.

Michele Watley's body language reveals she inherently expects a 4:1 verbal racial beating. She speaks her mind, but is careful not to aggressively provoke the majority. Her lifetime experience dictates an innate distrust of Whites who say "you can trust me."

And this brings us to the million-dollar question: "Will matters of race forever divide us?"

Please reference THE GOLDEN RULE.
The Golden Rule is the principle of treating others as you want to be treated.

If there's an established process for naming/renaming streets, shouldn't it be adhered to?
If the KCMO Council seeks respect, shouldn't it respect the voters?
If clergy seek to spread the word of God and praise the righteous and peaceful, why would they slander and incite the innocent?

KCMO is 29.11% Black, and just over 30% of voters voted to keep MLK's name on the street. But "it's not about race". Sure it's not. But nothing's "about race", is it guys ? Black Crime, Third World Invaders, Jewish control over all Mainstream Media and most of Capital Hill "isn't about race" either is it boys ? Because "Diversity Is Our Strength" isn't it fellas ? "Thank Heaven somebody said it" So many LULZ ! Keep drinking your sweet kool-aid, folks.

Thank you for enduring some of the dumb-asses here and bring some TRUTH to the discussion.

First, my vote was a rebuke of what passes for Black faith leaders. They do not represent me. I picked up 5 Black registered voters and asked that they all vote for restoring The Paseo name.

It was about race for me but nothing to do with King himself. It was more to do with fraudulent Black preachers misrepresenting their agenda to use Kings name like they did. I want Council people, Whites and every other human being on earth to stop using Black religious folk for permission to make decisions based on what they think, believe, suppose, infer, suggest or otherwise promote what is in the best interest of myself. I do not know or have relationship with these Religious groups. Black people are the only people that have these types of political maneuvers occur against their own interest simply because some Black guy calling himself Rev is allowed to pretend to be my leader. GTFOH That shit died with King.

Shout racism all you want but don't pretend youre doing it on my behalf. TAKE SEVERAL SEATS Black revs!!!

So now the Black Revs and their ilk can stop saying White voters up north voted against this. Blacks clearly didn't want it either. Its a decision of the City as a whole and not a handful of preachers. They thought they'd get away with it like they did with East Patrol.

All the usual suspects behind this failure. Its no longer 1959. We don't need another hero...

Every thing is up to date in KANSAS CITY.

The negro fat fake revs just did this MLK thing to piss white people off. They thought it would work, with a negro mayor, negro council members and a negro congressman.