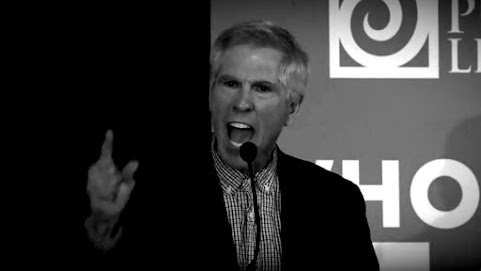 In fairness and tribute for decades of work protecting the city hall citizen initiative petition process . . . We offer the last word this evening to a longtime local transit activist and Kansas City enthusiast . . . Checkit:

Clay Chastain: The pendulum has reversed its swing - the people (via their initiative petitions) have taken charge.

Finally, we have something to cheer about.

Finally, a new and real "momentum" has been forged in Kansas City (for the people) of and by the people.

Yesterday City Hall (which ignored the rules of its own City Charter to curry favour upon special interests over the interests of its own constituents) had its political dirt scrubbed away. The arrogant abuse of power by Kansas City's special interests-oriented government (now led by Mayor Quinton Lucas, Councilwoman Katheryn Shields and City Manager Troy Schulte), and abetted by the KC Star, has been checked at the polls and sent packing by the new boss in town - the voters of Kansas City and their liberty-oriented petitions.

I believe Martin Luther King Jr.would have been pleased. Do it above board and according to the law and tomorrow, Kansas City can find another street to honor Doctor King. But yesterday's historic vote was a day to honor the will of the people; lifted upon the powerful wings of their democratic petition initiative process.

But we are not done yet. There is more dirty business going on at City Hall that needs a cleansing as well. The City is also ignoring the rules of its own Charter (in suppressing a vote on a valid transit-improving petition initiative) in behalf of special interests pushing the streetcar...developers, the ATA and Tom Gerund. Specifically, City Hall is refusing to place before voters a petition proposal that challenges forcing upon the community (without a citywide vote) the City's obsolete and limited streetcar system. The Committee of Petitioners (representing 3,000 voters who signed the petition to not only eliminate streetcars and diesel buses, but to also replace them with a state-of-the-art quick, quiet and clean citywide transit system) demand Quinton Lucas, Katheryn Shields and the Council immediately take action to follow the law and place that valid transit-improving petition before the voters of Kansas City.

Then, I predict KC voters will vote to... give City Hall another scrubbing, advance transit and power further onward Kansas City's new and real "momentum."

Accordingly, here are a few more news links worth a read on the topic . . .

KSHB: Kansas City voters chose The Paseo over MLK. What happens next?

We need a petition to get rid of bike lanes.

KC did a great service to the nation today. This was decision was not about race, it was about right vs. wrong. Voters want our politicians to follow the rules and show respect to process. This week KCMO was a shining light to the rest of the nation. Save the Paseo did the right thing.

^^^^ Doubtful, they just seem like a bunch of racists to me.

That's because you have no understanding of how democracy works.