The situation at the Courthouse is reaching a horrific climax as many locals will open their mailboxes today and receive one of the single-greatest tax increases in Kansas City history.

There's actually precedent for this move built into the Missouri Law . . . 139.031. Payment of current taxes under protest — action, when commenced, how tried — refunds, how made, may be used as credit for next year’s taxes

Whether it's a legal complaint, signature line sign off or continued voter trolling of Jackson County politicos via social media . . . Here's the bottom line:

In the coming days Jackson County residents will be hit with a tax bill so extraordinary and disproportionate that hundreds of people will realize they will no longer be able to afford home ownership. Other will simply have their holidays ruined by a horrific cost of living increase that's only going to get worse.

Property will double for most Kansas City residents and hit poorer neighborhoods worst of all.

This is the most important issue in Kansas City history and threatens to impact the local discourse in a truly transformative manner i.e. the days of generous voters considering more levies, borrowing and costly initiatives for good causes are now finished. 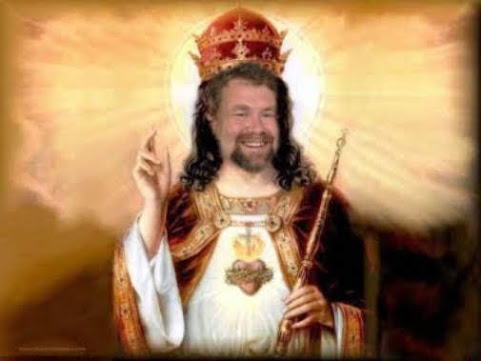 This is important for a lot of reasons but mostly because Missouri Republicans will play the role of heroes, tax fighters and champions against the widespread perception of municipal corruption.

Meanwhile, what we know for certain is that Frank White's legacy is no longer highlighted by old school World Series baseball glory days but instead dominated by his complicity in taxing Kansas City homeowners into oblivion.

if voters were really serious they would organize a recall.

^^^ that would actually be an excellent plan of action for save the paseo's next project.

You can do It! you'd be amazed the support you guys would get.

Here are the facts:

Frank was never qualified to be in office.

He never knew what he was doing.

His actions are some of the worst from any elected in the past 50 years.

But he still won his election by an insane margin even after the mess at the jail. If you REALLY want to look at who is to blame. It's the voters.

But what about baseball? ^^^

^^^^ Dumb-ass. You'll never get your downtown stadium with that kind of attitude!

Pay by check and make sure you put parcel number of the property you are protesting in the memo section. Do not pay personal property or other parcels that you are not protesting on the same check.

Pay by check? What are you, 90? Who uses fucking checks anymore? Geezers? The elderly? Old folks? Negroes? Hey Matlock is on Gramps, grab your checkbook and your canceled checks and balance that baby out!

^^^^ Yeah, who cares about money or saving your home. Stay in that basement H.U.D. apartment you troglodyte lefty geezer.

Come through Republicans...! Stop Gail Beatty and take her appraisal license due to incompetence.

Do not hire Troy Shitty. Send him back to Iowa or wherever he came from.

I love the fact that the republicans are going to come in and save us. The dimwits days of ruining this city and county are numbered, they fuck up everything they touch.

As long as petty self-serving partisan "politics" and personalities are the priorities in KCMO and Jackson County government instead of seriously and competently trying to address the responsibilities of those governments to providing basic services to residents and taxpayers, it won't make any difference which group is in office.
You would think that voters would get fed up with this endless incompetent crap, but they keep electing the same kinds of people for all the wrong reasons.
The laughingstock of the entire country.

Mayor Q will step in and save us won't he! It's like.. ya know the liberals come up with all these game changin' ideas and shit right?

Relax! Be Vibrant! This is just Kansas City's wonderful leadership and assessment system doing the thing they normally do day after day. Nothing to worry about! Have a drink!

Katheryn Shields. On January 6, 2007, the day before she was scheduled to file for Mayor, she and her husband Phil Cardarella were indicted on federal charges of wire fraud in connection with the sale of their Sunset Hills house; prosecutors said the sale was at an inflated price. According to the alleged scheme Shields and her husband would receive $707,000 if they agreed to let an appraiser appraise it at $1.2 million with the appraiser and cohorts collecting the difference (the house had been on the market for $700,000)[2] She claimed the charges were politically motivated by federal prosecutor Bradley Schlozman, who had been appointed by George W. Bush.

At trial, it came to light that neither Shields nor her husband had signed any documents that were not entirely truthful, that crucial documents had been forged, and that the FBI had instructed one appraiser to perform a false appraisal and told the loan company to approve a loan without verifying values on the false appraisal. Shields and Cardarella were found not guilty of all charges,[3] although co-defendant appraiser and co-horts were convicted.[4]

That all ya got? Name calling?

I would like to know how much taxes on the property owned by Frank White and the county legislators and Gayle Beatty went up. I've never seen that anywhere. Not even on Ricono's reports on this mess.
For many years Frank hasn't been able to pay his taxes and it seems like democrats running for office sign a form saying that thier tax obligations are paid in full, but they aren't.

Put the money in the bank and refuse to pay your taxes until they put your property up for sale on the court house steps. That will limit the legislatures ability to fund county government and you can pay it before Forte can sell the property in two or three years from now. If they get this mess fixed you can always pay it then.

The County needs the money. They will collect what they can, and if it is determined to be in error later, they will just credit accounts.

To hell with cutting his purse strings jerk the fool out of office.

I thought the tax bills went out months ago and that's why everyone was getting appeals. Am I missing something? I really don't know how property taxes work so can anyone explain?

Why was John Ebert paid by the county over $500,000 per year to "fix" the aseessment issue, but it is worse than ever? What did he do for that huge amount of money?

^^ Notices of the increase went out. Bills are coming next.


Damn Tweety Bird Lucas is going to set a world record for foreclosures and evictions in just four years with this assessment bullshit boiling.

It was only a notice of potential increases, based on the new assessment values. The actual numbers were not available because no tax levy rates had then been set.

He was paid $500,000 to fix the idiots from the top down running the Jackass County Assessment department which we now know isn't even humanly possible.

If anything we should have him refund the money.

The BOE has the power by state law to fix this mess. But they refused to do it.


So enjoy getting reamed up the ass. Merry Christmas!

Yup, yup, the Republicans in Jeff City are going to fix this!
They've been working on fixing this ever since the Assessments went out, and they're still working REALLY HARD on getting this problem fixed so people won't have to pay these high taxes, yup, yup.

Just give them enough time to finish working on this, and they'll have a solution to the problem really, really soon!

Just a little bit longer, say till 2045, and they'll come up with a solution that will fix all the problems, yup, yup.

11:31 The Ebert no-show contract was and is another kick-back scam perpetrated by Calvin Williford. The FBI might have another issue to look into with him.

"His actions are some of the worst from any elected in the past 50 years."

Frank and Caleb just kept on paying Ebert AFTER Calvin was in prison.

Remember them both well. Neither were anywhere as bad as this. Frank is Royal F-up!!!

BOE had the power by state law to fix this but they've chose instead to just ream everyone up the ass.

Where's Frank ? He has completely destroyed any goodwill he had in the past. His legacy is going to be this mess. Who is going to pay his property taxes now ?