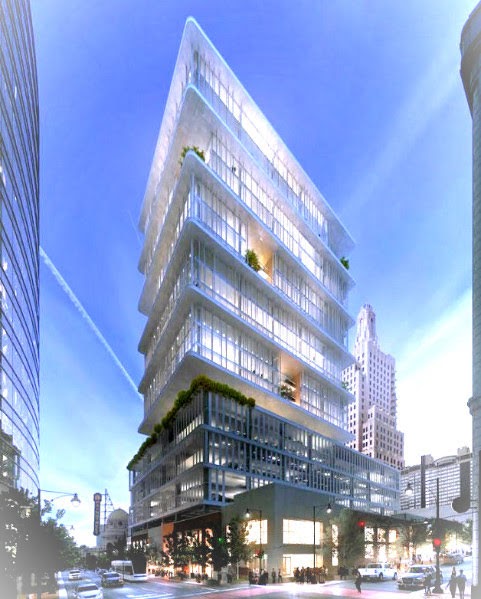 Fun day ahead . . . Kansas City could soon discover if the mayor & council are completely full of it regarding their promises to champion affordable housing and subsidy reform.

The quick and dirty summary of the deal . . .

"The updated deal cuts out a $27 million investment in city money that would have given the city a 28% revenue stake in the project. However, the city still would be a financial backstop for a $36 million parking garage, but it wouldn’t put any upfront money into the deal."

Here's what changed, stolen quoted from a promo blog . . .

In clearing the Finance Committee, the office building proposed for the southwest corner of 13th and Main picked up critical support from a key Council member who earlier had opposed the deal.

“I think this is a great project,” said Finance Committee Chairwoman Kathryn Shields. 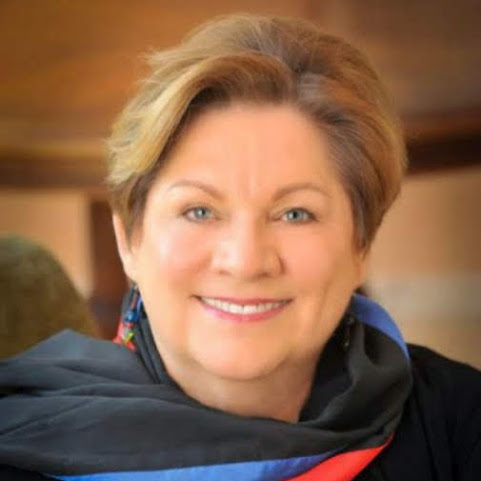 And so we find out who is the REAL mayor of Kansas City today.

Clarification on that headline . . . Council lady Shields was smart enough to keep from making any promises about social justice or the lodging of po'folk.

Don't worry, we can have fun either way.

WILL MAYOR Q AND COUNCIL MAINTAIN THE STATUS QUO TODAY OR FINALLY PUSH BACK AGAINST CORPORATE WELFARE?!?!

You could've had way more "fun" with this one, T.

This is where Council-member Shields basically neuters Quinton Lucas.

Should be interesting to watch.

“I think this is a great project,” said Finance Committee Chairwoman Kathryn Shields.

There are so many of these foolish deals that I'm all out of snark.


LOL she doesn't even own anything or pay any property taxes in KCMO.

Just go to Westport Road if you want to behold one of the major messes she is responsible for creating.

The city gives this much to developers and people complain about... free bus rides?

Where are your priorities?

LOL that pic of Shields. Have you actually seen what she really looks like lately?

^^^ Yup and it makes me want to immediately hurl.

She's The Beast. One of them anyway.

Betrayal? From our mayor and council? Oh, no! Relax, happens always. God, Kathryn Shields is fat, I mean really fat, and her husband is a such a fucking pussy.

I assume there are arguments in favor of city tax deferral, participation and guarantees in building projects. What are they?

You all have a clue how many potholes all that money would fix.

What about that busted water main this week?

Is that on schedule to be fixed or we just going to let it go for a year.

KC shouldn't be backing anything but better trash pickup!

Where's Phil Cardarella, telling us ow stupid we all are and how his wife acted precisely within the rules and was only following the "peoples wants" after the thousands of public meetings her Committee held on this subject?

Not Phil Cardella or Kevin Collison, but I think this project will increase tax revenues (property and earnings tax) enough to justify the limited exposure the city has for the parking garage. Until developers are forced to build in KC (a third tier city), then their will always have to be some compromises between that the government ask for in taxes and what the developer is willing to pay.

Did anyone check with cleaver and the fat fake revs first? We don’t want to be called racist again!

11:39 If this project increases earnings tax where are the employees coming from? Is some JoCo company going to move downtown? If so does a KCMO employer move to JoCo to fill up the vacancy created? More than likely there will be a merry go round of business locations but at the end to the day no net increase in employment.

It's not a betrayal unless you either have forgotten or never understood who the electeds in KCMO really work for and who is running the show.
This vote was fulfilling the promises made behind closed doors to the people who fund the political campaigns.
The interests of the clueless voters and residents, easily distracted and taken advantage of over and over again, don't have to be taken into account.
These kinds of shenanigans will all quickly be forgotten as the "discussions" degenerate into how best to remember MLK, where the $8 million for "free" buses is going to come from, how the city can possibly even consider a $350 million "proposal" for bicycle lanes, and all the rest of the regular peripheral issues.
Momentum!

So Kathryn Shields who was indicted when she was the county executive for a shady real estate deal that would have allegedly made her a huge profit thinks this is a great project. Hmm.

What about Heather Hall. That's weird!