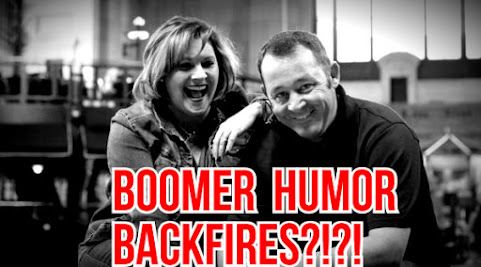 An EPIC note from our blog community regarding the local news conversation or lack therof . . . Checkit:

"TKC, I've complained about Dana and Parks before. But this week has shown me more now then ever what second rate hacks they are.

"After Tuesday's election, the city and now the entire nation is talking about Save the Paseo vote. So you would think such a hot topic issue would be the first thing Dana and Parks would talk about on Wednesday. Well of course not! Instead they talked about anything and everything but the big local issue of the day. It wasn't until 5:30PM that they finally talk about the Paseo vote. In fact, Parks commented that they held off talking about the topic like it was more of an annoyance.

"Now Dana and Parks have ignored big local issues before . . . It wasn't until you called them out on it that they finally talked about the Jackson County assessment increase. They have also largely ignored the rising amount of violence in the city. But this is ridiculous. For a show that tells people they pride themselves on being local first, local second and local third they sure ignore a lot of local issues. I guess if it doesn't have to do with Johnson County they don't care."

I don't understand why there is a question mark here. It's a statement of FACT!

Saying they are out of touch is an understatement. They are arrogant, irrelevant, and 9 times out of 10 they are incorrect...on any subject. Maybe 2020 will bring something better to the 2-6 time slot.

Gawd. These two are still on the air?

Dana is a good crime reporter. She knows the system. Other than that, they are garbage.

TKC, if you're a boomer you can fuck all the way off or get deported

So now they've moved all the way up to "second rate hacks"?
All that practice must be paying off.
Big-time radio in KCMO!

I stopped listening long ago. I switched to public radio and found it more exciting than the Dana/Parks show. I never used to listen to public radio because it was so boring but it's more entertaining than Dana/Parks!

Dana is the dumbest person on the face of the earth, no wait, that title goes to Petersucker, Dana is right behind her.

Dana and Parks are the Waylon and Madame of KC. Embarrassment deluxe.

TOP PHOTO -- BETWEEN WRIGHT AND WRONG

Two displaced journalism school graduates who discovered it's easier to talk than to write!!!

What is for them to talk about? The people spoke and it's over.

It was more important for Scott to spend the afternoon talking about his decision to leave Twitter and his continued sobriety,all while mentioning his new found loves name 31 times...Kelly you can do so much better!

They are both better than that spoiled libtard Lickit at lunch.

@ 4:41, I’ve wondered before if Parks is a closeted homosexual because he makes too much noise about his female companions as if he’s trying to prove something.

Who are Dana and Parks? And why should I care? Why should you care? If you quit listening to the show it would go off the air.