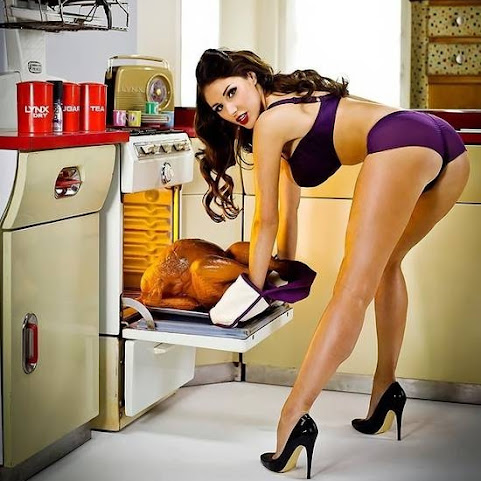 #TBT with this our favorite bit of classic hottie Lucy turkey promo . . . And YES, we know some people can't stand it when locals substitute the barbarous "Turkey Day" moniker for Thanksgiving but that only makes it more fun . . . Very much like these pop culture, community and local news links . . . Checkit:

KANSAS CITY, Mo. -- The Veterans Community Project was founded by a group of combat veterans in Kansas City to fill the gaps of a broken system that left too many of their brothers and sisters behind. In the past two years, the group has built a village of 49 tiny homes to help homeless veterans.

OLATHE, Kan. -- Firefighters were called to a home near South Montclaire and West Sheridan about 3:40 Thursday morning. When crews arrived on the scene they discovered a home engulfed in flames. Fire crews battled the fire for nearly an hour before bringing it under control.


Where to get a free Thanksgiving meal in KCMO

KANSAS CITY, Mo. - One group wants to make sure everyone gets a Thanksgiving meal this holiday. On Thursday, the Salvation Army of Kansas and Western Missouri will provide a free, hot meal to whoever needs it. The annual Thanksgiving tradition takes place from 11 a.m. to 1 p.m.

U.S. MUST Get Freaky


Not enough babies are being born to replace the US population

SHOCKING statistics reveal that not enough babies are being born to replace the US population - as birth rates plunge to a 30 year low. The report revealed that the fertility rate dropped to a "record low" last year and there were two per cent fewer births.

Tucker Carlson raked President Donald Trump over the coals Wednesday night - calling him a "salesman," "compulsive self-promoter," and "full-blown BS artist." All of this in a monologue defending the president. Roughly halfway through the Thanksgiving eve edition of Tucker Carlson Tonight, the Fox News host conceded that the president does, indeed, tell lies.


What to do with your Thanksgiving scraps

KANSAS CITY, Mo. - Thanksgiving is one of the biggest cooking days of the year, which can also mean a lot of food waste. The Natural Resources Defense Counsel, a nonprofit, that 200 million pounds of turkey is thrown out during the holiday.


Experts talk about how to store Thanksgiving leftovers properly

Hide Transcript Show Transcript TALKED TO EXPERTS ABOUT HOW TO STORE THEM SAFELY. GOT YOU TICKET AND YOUR BIRD, SIR. 1ST, IF YOU'RE NOT USING A FRESH TURKEY LIKE THIS ONE, YOU OUGHT TO BE BE DEFROSTING THE FROZEN ONE NOW. ESPECIALLY IF IT'S BIG.

KANSAS CITY, Mo. -- Kansas City's most popular rapper has announced a benefit concert for 15 and the Mahomies Foundation. Tech N9ne and other artists from his label, Strange Music, will take the stage Saturday, Dec. 14 at Silverstein Eye Centers Arena.


Hearing family history from around KC

LEE'S SUMMIT, MO (KCTV) -- When was the last time you talked with your parents before you met up with them for Thanksgiving? A survey by a company that writes family biographies says a quarter of Americans go more than a month without speaking with their folks, and now could be the best time to start gathering an oral history.


Arrowheadlines: A win on Sunday all but wraps up the AFC West

2019 NFL Playoff Projections: Vikings steal NFC North from Packers, Cowboys outlast Eagles for NFC East | CBS Sports The Chiefs didn't even play in Week 12 and somehow, they still came out as one of the biggest winners of the week in the NFL.

Minimal impacts expected on the roads.

A bit behind but worth it. Nicely done.


Not enough babies being born because everyone is gay. It's being taught in schools work place home and everywhere they seem to have special protection these days of putting people out of business and out of work. So what did anyone expect?

^^So, how many children do you have, faggot?

Shut up and pay your tax bills

Byron how many of your kids even like you?

Rest of your family hates you, hell I have never met you and even I hate your worthless ass.

Oh wow the Chiefs might win the AFC West, winning the worst division in the league isn't much too dance in the streets about. Last time the Chiefs team or any player on it impressed me was 49 years ago. 49 years is lifetime for some people. The Royals have done it twice in much less time but only gets huge support if they win a lot, while the Chiefs fans hang in there no matter what. Now that's weird!

I've been told Byron has no kids or a wife either. He has lied about the wife. Come on think about it? Can you imagine anyone living with this asshole 24/7/365. I've known some dumb people but have never ever met anyone that dumb.

"Arrowheadlines: A win on Sunday all but wraps up the AFC West"

- this is Jeopardy... the hometown version!

And now, here is your host... Herdit Befor!

Thank you so very much never seen announcer. Today's local yokel is from Bumfuck (over on the Missouri side... population 3), and the category is: fatuous fan boy fantasies.

A: 'We have the greatest QB in football history and will win the Superbowl because [ drumroll ] this is our year part ad nauseam verse ad infinitum.'

Q: "what are it's a lock guarantees for the 5oth time."

'Correct yokel, and no one wins - AGAIN!


That's it for 2019 so 'wait till next year' part 2020 verse 51 to all our gullible goobers at home watching their aluminum foil wrapped, rabbit-ear
b&w tv sets.

Trumpism is a Cult! No one who finds themselves in a Cult wants to admit they've been conned because they're stupid!

So Carlson nor any of Trump's Cult members will ever stop supporting Trump until his misdeeds have all been made public. Even then there will be diehards on the fringes of Society squealing and shrieking about "Conspiracies"" and their mythological "Deep State" for at least one generation.

Trumps in Afghanistan with the Troops today.


What's Sly and Q doing? Besides planning out their next robbery on taxpayers.

10:23, you should have been impressed with the Chiefs last year. They were one dumb Dee Ford penalty away from being in the Super Bowl.

^^^^What was there to be impressed about? Every year they some how some way always fuck up. Same old shit different year.