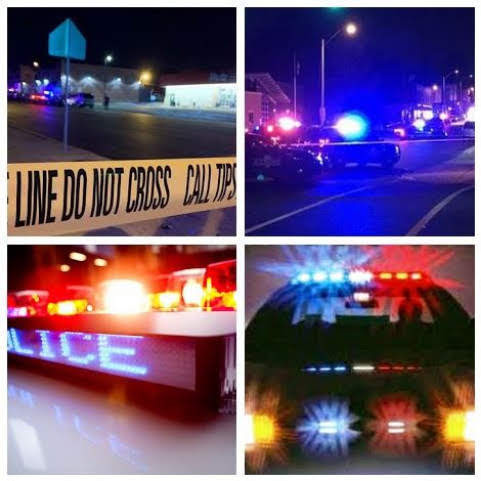 The quotient of local misery increases this Sunday with gunfire at this place for local good times.

HERE'S THE AFTERMATH OF AN EPIC KANSAS CITY ROLLING GUN BATTLE ALONG INDEPENDENCE AVE THAT ENSNARED THIS UPSCALE STRIP CLUB!!!

The shooting happened at Baccala, at Independence and Lawn. Investigators say they were responding to a disturbance nearby when they heard gunshots. There were apparently multiple people shooting, firing dozens of shots.

^^^ Dumb-ass. I'm sure the gunfire has very little to do with bewbs. That area has always had shootings lile this one.

Pray for the families, pray for the pasties, pray for all of the people who forget about the two drink minimum or didn't bring money to tip the dj. Bless the "waitresses" and all those goodly women who reveal their chesticles for small bills. It's tough work but it's honest work. Sex work is work!

^^^ Amen, I hear it still beats working at IHOP.

^^^You should know. IHOP fired your ass 2 weeks ago.

Do we need to rename this street in order to help "uplift" the strippers? Or will a sawbuck do the trick?

In Kansas City, it's likely you'll run into some weird shit when crawling around in a sewer at 2:30am.

I hope that "Crystal", "Candy", "Jade", "Destiny", "Raven" and my favorite, "Bambi" are all well and hid behind the pole while "shots rang out!"

Hope the cocktail waitresses are ok. You know the difference between a cocktail waitress and a stripper? About one week. These girls have to work the pole, they sure as hell can[t rob banks, they would tie up the safe and blow the guards.

You know what you call a Muslim stripper?
Youseen Memuff. She is not bad, works out at The Shady Lady. She is from Independence, the last thing she takes off is her bowling shoes.

I was out there looking for my kid last night and had to take cover behind the cooler.

Yep she was there, she was taking cover and landed in my lap.

Gotta tell ya, the food is better at the Cheesecake Factory.

I was definitely NOT there.

Goddamn!! I wish I coulda been there.

Are there cameras in there?

I was there to see if there was room to build an airport on the grounds.

The Great Ghetto of The Midwest

Aren't you proud of the local Wakandans?

^^^ not enough dead hoodrats to be proud of yet, their aim sucks

Great place to come too when in town and when your from KC. Will definitely be back!

Phenomenal Club the owners the girls the drinks the music is on point my wife and I have the best time ever and don't forget the security we feel safe we will be there as much as possible great place to socialize.

Was there multiple assjamz events last night? Sure sounds like there was!


We jus sat in our booth mindin' our own bizness and didn't see nuttin.

Maybe the time has come for all drinking establishments to close the doors for the night at midnight like so many use to do many years ago. Might not stop all the shootings but at least might be at someone's house where a lot of innocent people might not be standing around.

Plaza needs a strip club for the upscale gentlemen of distinction.

Why can't they just drag branches and beat their chests? Howl a bit, grunt for the ladies?

It's Chiefs day so the best strippers and ho's and hookers in town will be working the tail gate parties at the stadium.

8:20, if they make those cesspits of violence close at midnight, the shooters will be out and among us for the rest of the night. Better that they should let the places stay open until daybreak.

7:30 AM Great comments. Glad to see someone shares my sense of humor. Always good to start the day. Thanks

Chuck that was some funny shit. Educator and now entertainer, WOW, I will pass on any lap or pole dancing, nobody's that gifted, thanks.

Dave @ 8:20, I'd agree if you made an exception for the drinking establishments in the 18thn & Vine District.

Close all other bars at Midnight, and keep the 18th & Vine ones open till 6:00am.
That way the "fun People" will finish their drinking and do their shooting close to home and won't be driving drunk on the streets as far, and it will boost the area's economy and maybe relieve SOME of the sucking of Tax Money into that Black Hole, plus at the same time it would make it more convenient for the KCPD to pick up the trash in the mornings. Just build a Coroner's substation nearby, and all will be well.

A Midnight closure like you suggest certainly won't have any effect on human being's social lives.

Dwight Privilege strikes again. When they gonna catch this guy?

The Drug Dealers ran into each other at a Strip Club. Let's look closely How many of the injured have criminal records ..Drug gangs have weapons. The bad guys shooting each other.

Don’t worry folks! Even with the relocation of East Patrol from Van Brunt to Wabash, things are deadlier than they’ve ever been. With the Black Revs pushing for eviction of home owners from the Wendell Phillips neighborhood in favor of a shoddy construction site filled with police, they promised the City that all of this violence would be behind us. Here we are in 2019 going on 2020 and absolutely nothing has changed. The Black Revs are still trying to grease their palms with taxpayer cash... because God, or fraud, ordained. It is so. Let the church say... run for your life - duck!

This must be the work of white supremacists