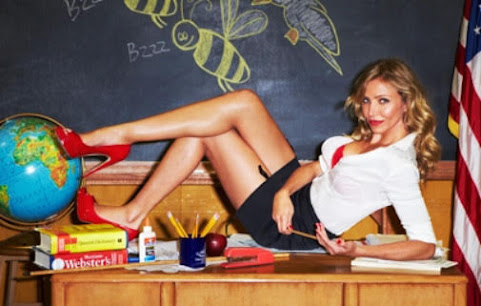 Double take look at last night's protest movement wherein some of the highest paid teachers in the metro keep the pressure on their administration and fight for better student resources . . . Read more:

Teachers in the Shawnee Mission School District are standing together for higher salaries. Teachers say they need more pay and smaller class sizes."Their proposal this year of a 1% increase means that 42% of our teachers will be making less money this year than they did last year," said Linda Sieck, president of the Shawnee Mission Teachers Union."We did get additional money.

OVERLAND PARK, Kan. - Shawnee Mission teachers rallied in the frigid temperatures Monday night outside school district headquarters. They showed up wearing red in solidarity to tell leaders a new contract needs to come quick. All of them have been working under their old contract since July.

How many occupations provide potential employees the opportunity to witness a working example of their intended career for 16 years, before actually entering the profession.

The only one I can think of is teaching. Mandatory 12 years, then 4 for the degree. In addition to classwork, almost all have to "intern" to get some real classroom experience, and I would expect them to have conversations with teachers at that point.

Then, only after becoming an "educator", they seem to reach a point where a sudden blinding light is seen, and their unhappy internal voice says "I'm not paid enough and my classes are too big".

Sorta makes me wonder just how dumb they are, and if the old adage "those who can't, teach".
Hmmmm

They are overpaid and underworked now. Damn pussies. Fire the whole lot of them I hear a lot of teachers looking for a good gig like SMSD.

Why do people choose to become teachers, when they think the pay is so inadequate?

I hate it when middle class people poor mouth.

Kansas taxpayers were not paying for illegal aliens being pushed in by the teachers union. the teachers would have smaller class sizes and more FUCKING MONEY. SOCIALIST TAX LEACHES.

I hate when assholes from WV make stupid ass comments. For sure when the one doing it is the most hateful person I have ever seen. He's a loser and is pissed off that anyone else is better than him or has it better than him. This is also the only loser I know to have been kicked out of the armed forces for being crazy as hell. I mean as in Full Metal Jacket Gomer Pyle crazy.

The problem isn't big class sizes it's because they under build the size of the schools to accomodate more classes. The district has no choice but to cram all these kids into class rooms.

District has gone way downhill since ordinary students have been appointed "teachers helpers" with illiterate immigrant students. It is already being reflected in lower test scores.