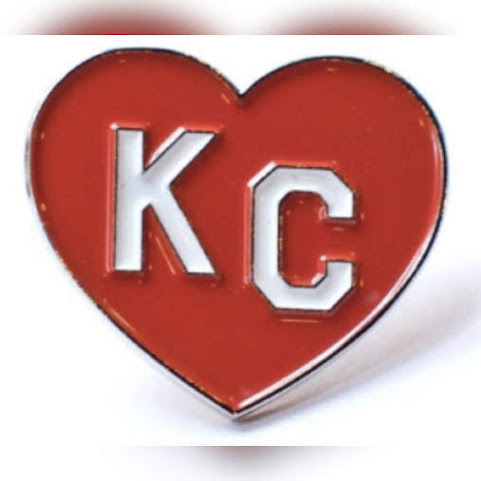 A partnership between the Kansas City Area Development Council and apparel company Charlie Hustle will bring the company’s KC Heart logo beyond T-shirts.

The KCADC plans to unveil a massive regional branding project at its annual meeting on Friday. Charlie Hustle's KC Heart now will become an all-encompassing symbol used in the attraction of visitors, new residents and new businesses.

The heart won’t have a tagline with it, but it pays respect to Kansas City’s geography (its old slogan as the “Heart of America”), the Kansas City’s Monarchs Negro Leagues baseball team and the area's reputation as a welcoming and friendly place to newcomers.

The effort to create a regional brand for Kansas City was announced at last year’s annual meeting and has been a multi-organizational effort spearheaded by the KCADC.

And so, considering how much KC funds 18th & Vine and the NLBM, the logo is the least they could offer in return . . . However, it's uncertain if the city propaganda affiliation might or might not detract from the far more significant legacy of the symbol.

Then again, we're pretty sure Paul Rudd ruined it for everybody during the World Series. 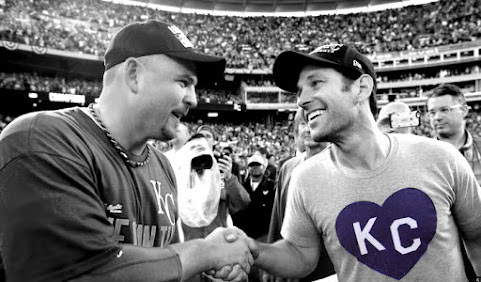 Will this be for sale at the new airport?

Will probably need more tees by the time 2035 rolls around.

Good grief. Just when you thought the KC logo that they stole from the Monarchs was weak and something a high schooler could come up with, now we get something a kindergartener could do. I thought this was supposed to be a hub of marketing creativity.


This is a re branding for Quinton Lucas. Trying to change things again, but don't forget to put a gun and a bullet through the heart because that's what KC is all about these days. Right Quinton? Oh BTW how much is this going to cost for Quinton to spread his piss mark everywhere?

B-B-B-But "it's not about race". "Thank Heaven" ! D-D-Diversity is Kansas City's Strengh" ! Thank Heaven I said that !

New lipstick on the same tired pig.
Where's the New York Times when a new puff piece is needed?
Bacon, anybody?
Hahahahaha!!

We need Meers adv. To do this they were so creative. Not!

That is such an ugly logo, the font is awful and it looks crooked! Blech!

How much is this joke going to cost taxpayers?

the area's reputation as a welcoming and friendly place to newcomers.

I like the fountain as a heart logo for KC.