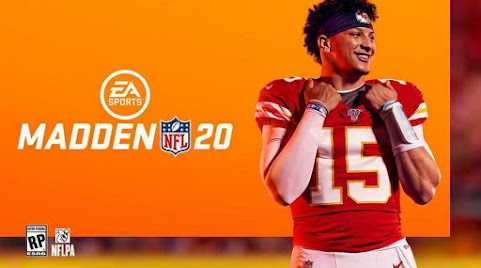 This is a gorgeous day for football and today's game could be the restart of a momentous season for the Kansas City Chiefs.

Here's some of our favorite news links for consideration . . .


What return of Chiefs' Patrick Mahomes will mean for NFL

The Chiefs survived two games without star quarterback Patrick Mahomes, going 1-1 with backup Matt Moore in his place, and they still remain atop the AFC West with a 6-3 record entering Sunday's game against the Titans in Kansas City.


Week 10 Preview: Mahomes Is Back! (Unfortunately, So Is Giants-Jets)

1. Patrick Mahomes is back, and that's great news for the Chiefs. But things are on the verge of getting much better-not this week, because he's not ready yet, but left tackle Eric Fisher is nearing a return after suffering a groin injury in Week 2.


Titans vs. Chiefs: Patrick Mahomes' mom forbids him from running the ball

For all his greatness through the air, Kansas City Chiefs quarterback Patrick Mahomes is a great athlete and his ability to run with the football must be accounted for. But in Week 10, that's one thing the Tennessee Titans might not have to worry about.

Big Bucks On The Line


How Soon Could We See a Contract Extension for Patrick Mahomes?

Since taking over as the Kansas City Chiefs' full-time starter in 2018, QB Patrick Mahomes has set the NFL ablaze. At only 24 years old, the future is bright for the Texas Tech product, who is currently playing on a base salary of $645K in the third year of his rookie contract.

Last week, Madden 20 predicted a heartbreaking loss for the Kansas City Chiefs in their week 9 matchup against the Minnesota Vikings. In reality, the Chiefs won a nail-biter at home, capped off by Harrison Butker 's game-winning field goal.

The Kansas City Chiefs (6-3) are now in a must-win scenario on the road against the Tennessee Titans. The Chiefs hold just a half-game lead in the AFC West over the Oakland Raiders. The big news is Adam Teicher, ESPN NFL Nation reporter, announced Patrick Mahomes will start against the Titans after missing two and a half games due to a knee injury.


Chiefs-Titans preview: It's time for Chiefs offense to 'Establish the Fun'

On this week's mailbag/game preview edition of the Arrowhead Pride Laboratory , we talked about three points on offense and three points on defense to watch in Sunday night's game. #MVPat is back! Patrick Mahomes will play for the first time since dislocating his kneecap on Thursday Night Football.

Have the Chiefs invested in an offensive line over the past three weeks? If not, then their star player's knee may not last the entire game.

This is why the Chiefs can't have nice things; they won't take care of them

Damn good question. ^^^ so far doesn't loik like it. OH WELL, I guess we'll get 'em next season!

He isn't that pretty. Can't Kansas City find something better to dream about? I didn't know all of the men in Kansas City worked both sides of the street.

^^^ Yeah, but he has that neat-o squashed dead squirrel on top of his head...

I guess Kansas City fans will never learn. Your team does great in the early season struggles to survive in the mid-season collapses and then partially recovers. You guys maybe win a couple of playoff games but that's it. Always overrated.

Woke up the dogs, wife and kids and ordered them to "Suit Up" in their Chiefs outfits at 5:00 A.M.

Breakfast at 6:00 A.M. of Jimmy Dean Sausages and Has Browns with Mahomes endorsed ketchup.

Order boys to put up the Chiefs flags on the Escalade. Then ordered wife to report to the vehicle (red by the way) for load in of Chiefs chairs, ice chests, pop up canopy.

No wimpy sports hating losers in my family!

Well this section should be some fun reading.

Chiefs are exposed as frauds. News at 11.

I am happy. I made a nice little bundle of cash. I bet against the Chiefs because I knew they would screw us.

'This is our year' swiss chiefs bludgeoned by the hapless Tennessee Titans and 'Squirrel' Mahomes outplayed by that famous women's boutique and clothier Ryan Tannehill - D'OOOOOOOOOOH!

Coming Very Soon! SEASON 51 of the No Super Bowl Chefs! Higher ticket and parking and concession prices. The years slogan.....WAIT UNTIL NEXT YEAR!

I'll bet it's because the voters changed the name of MLKjr Blvd!