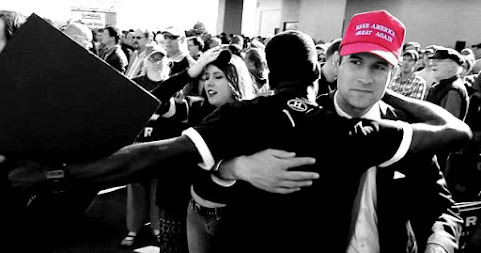 These local news items didn't really fit anywhere but offer an important indication of how the cycle of cruelty and violence informs one generation after the next beyond demographics and throughout human history.

An 87-year-old bondsman has been accused of trying to trade a Kansas jail inmate's bail for sex. Merlin "Jack" Nelson, 87, of Girard, was arrested Wednesday on suspicion of attempting to commit unlawful sexual relations, the Crawford County Sheriff's Office said in a news release.

KANSAS CITY, Mo. -- A Kansas City man is behind bars, accused of sexually assaulting a 7-year-old girl. Leonard Mims, 41, faces a charge of deviate statutory sodomy or attempted sodomy on a child younger than 14. According to court documents, on Oct. 17, officers were called to a home in the 2400 block of Linwood Blvd.


Police: Boy forced to do 200 push-ups, then beat with wooden spoon by Missouri man

UNION, Mo. (KMOV.com) -- A Missouri man accused of hitting a child with a wooden spoon has been charged with child abuse. According to the probable cause statement, a 13-year-old boy was walking on Water Tower Drive In Union, Missouri, on Saturday, Oct. 26.

My mom beat me with a wooden spoon. She thought that was normal. You should have seen the look on her face when I told she'd get locked up these days.

I do feel sorry for the boy. Hope there is justice. But 200 pushups and being hit with a wooden spoon would have been a great day for me when I was a kid in the 1970's. I am so lucky just to be alive. If I posted what I went through people would just say its false. There are a lot more evil situations.