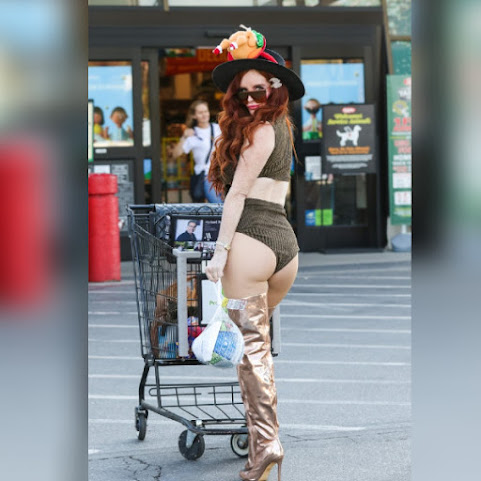 The Kansas City middle-class are ready to fight for the last few items at the supermarket whilst we offer more than a few worthwhile news items as they stand in line wasting their lives . . . Check community reports, pop culture and just a bit of politics for the early evening . . .

KANSAS CITY, Mo. - As families rush to the grocery stores to get everything they need for Thanksgiving, it's likely someone will leave something behind. Luckily, most grocery stores will be open on the holiday, but you may have to get in early.


Despite a new warning from the FDA, many in the metro say CBD changed their lives

KANSAS CITY, Mo. -- The U.S. Food and Drug Administration issued a new warning to consumers on the potential dangers of CBD, or Cannabidiol, products. "We remain concerned that some people wrongly think that CBD products have been evaluated by the FDA and determined to be safe, or that trying CBD 'can't hurt,'" FDA Principal Deputy Commissioner Amy Abernethy said.

Bonner Springs, KS - An independent KC Metro animal shelter is shutting down operations at the end of the year.The Bonner Animal Rescue shelter is closing because they're having a hard time keeping the facility staffed 24/7, says shelter board member Janet Crouch.

The changes are driven by a new approach for the Kansas City-based maker of Twinkies and other snack products. Hostess has determined that a key growth driver will be strategic acquisitions, in addition to focusing on aspects such as product innovation and driving efficiencies.

That question would be a waste of your time because the turkey on Phoebe Price's head does indeed have tiny Santa hats on its feet. It's this sort of dedication to detail that thrusts supermodel Phoebe Price into the upper echelon of celebritydom. We've seen countless paparazzi pics of the likes of Kim Kardashian and ...


'The View' pans Mayor Pete's past comments on race: 'Needs to get a little more woke'

"The View" co-hosts derided Indiana Mayor Pete Buttigieg's comments on race, suggesting that he needed to get a "little more woke" as a 2020 presidential candidate. Co-host Joy Behar made that argument after the show played footage of Buttigieg saying in 2011 that minorities might not have role models for success.

Fans were surprised to learn over the weekend that both Gabrielle Union and Julianne Hough were departing America's Got Talent after only one season, and a new report suggests toxic workplace culture is to blame. The explosive allegations are detailed in a Variety article published Tuesday which claims Union expressed concern over offensive incidents on set.

KANSAS CITY, Mo. - Heidi Gardner is ready to "light it up" at the 90th annual Evergy Plaza Lighting on Thanksgiving night. The "Saturday Night Live" star to turn on the holiday lights at the Country Club Plaza, a beloved Kansas City tradition Gardner, a Kansas City native and Notre Dame de Sion graduate, said she dreamed of one day flipping the switch at the Plaza Lighting.

(Courtesy Rye Plaza) Wednesday, November 27 Rye Plaza (4646 J.C. Nichols Parkway) is celebrating its second anniversary. And in appropriate (and appetizing) fashion, the restaurant is offering 50 percent off its much-loved fried chicken and also half-off champagne, all day long. Reservations are recommended; make them via Tock.

Kansas City, MO - A shortage at a KC Metro blood bank is revealing some generational differences in how, or even if, we donate blood. Going into the Thanksgiving week, the Community Blood Center declared a blood emergency - meaning it doesn't have a seven-day supply of all blood types on hand.

"The View' pans Mayor Pete's past comments on race: 'Needs to get a little more woke'"

Who set these people up as experts on anything?

Joy Behar says someone else "Needs to get a little more woke"?

Think about that for a moment.

What the heck is "woke". Really?

^^^^ If that's an honest question, it means that a person is more aware and sensitive of other people's feelings.

If not serious, it's not being such a Trumper dumb ass.