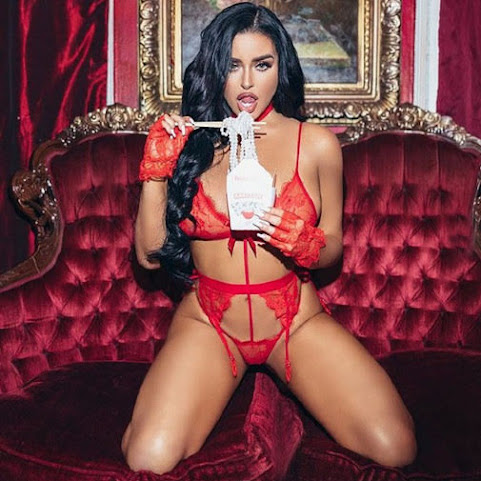 KANSAS CITY, Mo. -- It may seem like there's a stalemate in Washington these days, but both sides of the aisle came together to pass an animal cruelty bill that President Trump signed into law on Monday. Animal protection advocates say the law may not do much to protect animals on the local level.

Harsh Times Across The Bridge

KANSAS CITY, MO (KCTV) -- The community is stepping up after a Northland family of six is displaced from their home by a fire. The incident happening just days from the holiday. "I expected when we heard that noise, it sounded like a street light had gone out or something," Morgan Sterling, neighbor, said.

KANSAS CITY, Mo. -- A dozen people in one family are looking for a place to live after fire severely damaged their house Tuesday. The fire broke out just before 9 a.m. in the Oak Park neighborhood, near 41st Street and College Avenue.

Abigail Ratchford, known by fans as the "Queen of Curves," delighted her Instagram followers once more on Monday morning with a new double post in which she rocked red lingerie and played with chopsticks. The photos on Abigail's Instagram feed showed the model sitting on a luxurious, red velvet couch.


CNN Poll: No change in views on impeachment after public hearings

After five days of public hearings in House Democrats' impeachment inquiry into Donald Trump, public opinion over whether the President ought to be impeached and removed from office remains exactly the same as it was in October, according to a new CNN poll conducted by SSRS.


John Bolton: U.S. National Security Commitments 'Under Attack From Within'

Some tiny patients at Saint Luke's hospital are making history this week. Staff members in the neonatal intensive care unit are caring for 12 sets of twins.The unit was already busy with single births. Now, half of the NICU is requiring double duty."They already have their little personalities, and she's a little bit feistier," new mother Amanda Tollifer said.

The evolution of the Kritiq fashion show - from a one-night event to a full weekend showcasing up-and-coming artists and fashion designers in streetwear and high fashion - was an intentional effort to reflect Kansas City's booming creative landscape, said Mark Launiu.

Saturday Night Live cast member Heidi Gardner understands that times are hard. The native Kansas Citian says she's regularly approached and thanked for a funny line or the tackling of a tough issue, even when she wasn't directly involved with the bit. "People really need to laugh, because the current political climate is so crazy," she said.


It's all coming up Chiefs as Raiders visit on Sunday

With five days to go before game day at Arrowhead Stadium, it is all coming up Kansas City Chiefs. The Chiefs opened up as 9.5-point favorites against the Oakland Raiders, who are coming off their worst effort of the season against the New York Jets, a 34-3 loss to a team that had won just three games in 10 weeks.

KANSAS CITY, Mo. -- A local veteran suffering from a terminal illness had one last wish for his beloved dog. To find someone that loves her as much as he does. Staff members at KC Pet Project worked overtime this past week to find a new home for a very special 5-year-old brindle shepherd named Lady.

When Abby slurped my beef pho, I gave her a pearl necklace!!!

I would really like to screw that Abby gal deep and hard, all night long.

^^^^ with what? Everybody knows about your micro penis.

Only in America would a person mock the story of a dying vet's wish. It speaks volumes for the worthless POS we have here. I bet you add a lot to Society in your worthless lifetimes.

Man, that Chiefs/Raiders game really lost it's luster when the Raiders went to NY and took a big ol dook on the field. It looked like Chucky might have them making a run, then boom! Same ol Raiders. Chiefs by a million!