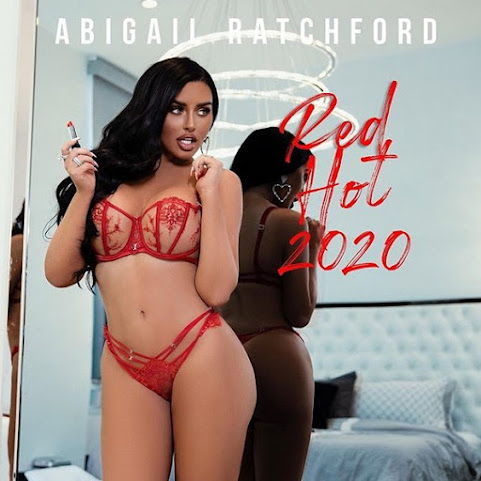 Tonight we share a quick peek at hottie Abby selling her goods via Instagram, pop culture along with community news around the metro. Checkit:

JACKSON COUNTY, Mo. -- Kansas City remains without a jail nearly six months after its contract with the county expired. The Police Board of Commissioners faced the ongoing issue again on Tuesday and are hoping for a path to a solution soon.

Phase two of redevelopment at East 31st Street and Prospect Avenue in is underway. Kansas City invested $17 million in the Lipari Brothers Sun Fresh and renovating the retail space surrounding it. Now, another $8 million will be sourced to do the same for Linwood Square across the street.


Crafting a side hustle? Your motivation better be more than money, advises Royals broadcaster-turned-podcast host

"Let's be honest. A lot of times when we're talking about a side hustle or a second job, the 'why' is, 'How can I make connections? How can I pay for the staycation? How can I take care of these bills or this debt?'" Joel Goldberg said.

PARKVILLE, MO (KCTV) -- It was at the DMV located in Parkville where a woman made a terroristic threat and fired a handgun in the parking lot. An off-duty officer tackled the woman to the ground before she could get back inside the DMV.

KANSAS CITY, Mo. - Mission city leaders put into motion a plan to repair or remove the former Mission Bowl, finding the structure to be unsafe more than four years after a fire heavily damaged the Johnson County landmark. The Mission City Council voted unanimously on Monday to approve a resolution deeming the building at 5399 Martway St.

KANSAS CITY, MO (KCTV) - Drivers heading into downtown Kansas City this weekend may want to plan on taking a new route. The Missouri Department of Transportation said Tuesday that multiple ramps in the area of the downtown loop will be closed Saturday and Sunday as crews perform site survey work.


Instagram is still the most lucrative platform for branded content deals, even without 'likes.' Here's why, according to influencer-marketing experts.

Instagram's decision to test hiding the number of 'likes' on posts has been met with backlash from influencers and celebrities. But according to experts, Instagram is still the leading app for monetizing a social media following. Along with YouTube, Instagram is one of the only platforms where influencers can reliably monetize their follower count thanks to its social commerce tools.

Abigail Ratchford, known by fans as the "Queen of Curves," delighted her Instagram followers once more on Monday morning with a new double post in which she rocked red lingerie and played with chopsticks. The photos on Abigail's Instagram feed showed the model sitting on a luxurious, red velvet couch.

KANSAS CITY, Mo. - Drones now are being used for all sorts of events and activities, prompting one Kansas City area company to try and find ways to incorporate drone video into special family moments. Drone on Demand that it will offer a special "stork drone" for gender reveals beginning next year.

Help For The Holidays


Adopt-A-Family Drive for the Holidays

KMBC & KCWE Community is teaming up with the Salvation Army this holiday season to help our community Adopt-A-Family. Watch the Channel 9 telethon on Wednesday, November 20th from 3 - 10:30 pm. Viewers can call in to 816-760-9314 to adopt a family on this day.

The Kansas City Chiefs have announced that tickets for postseason games at Arrowhead Stadium will go on sale to the general public on Thursday, December 5. Initially, the only tickets available will be for AFC Wild Card and Divisional Round playoff games; tickets for a potential AFC Championship game will only become available when that game is confirmed.


Look for mid-60s Wednesday before rain moves in

Hide Transcript Show Transcript GOES DOWN. STILL MILD FOR THE NEXT HOUR, 58 LIGHT WIND. WE'LL CALL TO 53. MOSTLY CLEAR BY 9:00 P.M. LOW TEMPERATURES NOT THAT LOW AT ALL. CONSIDERING OUR NORMAL HIGHS IS ABOUT 51. 41 I MARYVILLE, 46 IN KANSAS CITY, WARSAW 44, OUT TOWARDS OTTAWA 43.

I would screw that Abby real deep and hard all night.

Is your hand named Abby?