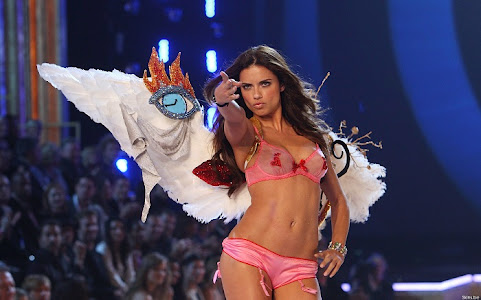 KANSAS CITY, Mo. - Vietnam War veteran Bob McSweeney remembers the first time he felt a bombing. "We knew what was happening because we were told don't go beyond this point," said McSweeney, who served during the war from August 1968 to September 1969. "But, it was...


Fight over The Paseo looked racially driven to MLK's nephew


Inside Adriana Lima's World Since Hanging Up Her Angel Wings

Missouri legislators heard from Major League Baseball, the NBA and the PGA on Thursday about their leagues' role if legalized sports betting comes to the state. The General Assembly is expected to consider legalizing sports betting in the 2020 legislative session.

by Peggy Lowe, KCUR Radio for the Kansas News Service Parents of kids who are in the Kansas foster care system described it Saturday as chaotic, deceptive and traumatizing to children.


The Iron District: Building a Community Out of Shipping Containers

It started with a Cuban sandwich. "I remember thinking I could do it better," says Rachel Kennedy Cuevas, recalling the sandwich she ate with her husband at a local restaurant years ago. Five weeks after that realization, Cuevas' own Cuban sandwich was on wheels and she pulled away from the corporate world.

After what turned out to be a relatively nice Sunday, temperatures have already begun to fall. Stepping outside in any capacity the rest of Sunday and you can feel the significantly cooler air. There's more where that came from, and it's going to be responsible for switching our seasons overnight.

You think I really gave a crap what MLK's nephew thinks?

For the King family and their activists, RACE is the only thing that keeps them relevant, the money rolling in and in the news. Their money sources are rarely discussed, the media always protects and looks away.
If questioned or challenged in any way they call you a ... (you guessed it, you know what I am sayin). AND Then the media reports your evil racism to the world. Silence is the goal and this method has proved to be very effective dealing with any negative conversations.
Nothing personal to Kansas City sofar, it's just how these people are wired, an automatic canned response finely tuned with lots of experience over the years.

Revision to my comments @1:42AM.
The initial story I read ended 3 paragraphs in. I looked again and found much more to the story by the nephew. IT IS PERSONAL TO KC! We ARE apparently racist. I am shamed to silence now.

The article also does prove very many facts either. Aside from the demographic break down, Black people also overwhelmingly voted to restore the name. This City is run by Black people. Not only has this town elected 3 Black Mayors as of late (75% Black for the last two decades) but the City Council for the first time in its history has nearly a 50/50 split between Black/White council members with the lead job, Mayor going to the gay, Black guy. The County Exec and Sherriff are also Black. Arguments of racism fail on all points regarding votes - it just isn’t any truth to it given the large number of Blacks in high level positions at both the City and County levels, where these same people were voted in by the same White majority.

Black Revs are the problem and their ability to lobby for something that is unwanted by the masses. Their asses are exposed to the elements and they’re getting the spanking they deserve and need. This was never an issue over King. It’s the assumption by White liberals like Katherine Shields that assumes that these religious folk speak for and offer up an agenda that represents an entire race of people. They just don’t. That is the source of racism in this fight.

How about some good investigative reporting on these pesudo Reverends? Specifically peal back the layers of political and self interest dealings going on in their churches and City Hall.