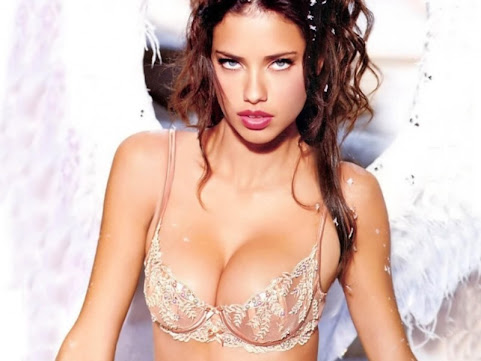 Nicer news and pop culture inspiration for our weekend readers rising with the Sun . . . Checkit:

With four kids and on her own, starting over was hard enough without the stigma of a felony conviction. "You are not a bad person, you make mistakes but a lot of people don't want to give you a second chance," said Tanesha Whitelaw.


Tow truck drivers plead for people to slow down, move over

KANSAS CITY, MO (KCTV) -- On Saturday night, the community came together to remember a local tow truck driver killed last year while loading a vehicle on a highway. Now, tow truck drivers are pleading for drivers to slow down and move over.

KANSAS CITY, Mo. - Union Pacific's steam locomotive Big Boy No. 4014 is making a stop in Kansas City Sunday. The rolling piece of history will stop at Union Station as part of its tour across the Southwest in honor of Union Pacific's 150th anniversary of the transcontinental railroad's completion.

KANSAS CITY, Kan. -- A 1950s monastery has been transformed into a modern refuge that can house up to 40 unaccompanied homeless teens. Impact KCK, an organization made up of 44 agencies all striving to improve the quality of life in the city, specially designed the home for kids whose journeys have been unstable, traumatic and extremely difficult.

Last week, four Victoria's Secret Angels - Josephine Skriver, Elsa Hosk, Jasmine Tookes and Romee Strijd - posed together on a Los Angeles red carpet to celebrate their most recent campaign. But it had nothing to do with the lingerie giant that gave them their wings.

ST. CHARLES - An annual, 340-mile race down the Missouri River is usually a packed summer event with hundreds of participants. But on Saturday one icy boat pulled across the finish line. In July, about 550 boats were on the roster for the 14th annual Missouri American Water MR340.

On Saturday afternoon, Alabama's star quarterback suffered a season-ending injury. Tua Tagovailoa, who entered the game with a questionable designation, was carted off the field after dislocating his hip. According to a report from Aaron Suttles, Tua also suffered a fracture in the hip.


Relax, the Royals being cheap this year isn't that bad

Many were hoping the Kansas City Royals would defy the small-market narrative by opening up the pocketbooks and making a few splashes in free agency this offseason. Those hopes have quickly been extinguished: Royals, with new owner coming in, have very limited budget.

LINCOLN COUNTY, Mo. (KTVI) - In rural Lincoln County, Missouri, a father and son out for a winter walk stumbled upon a mystery. "It appears by speculation that it came from the sky," said Andrew Applet, the unidentified object finder. Applet told KTVI he never heard or saw the fireball Monday night about 70 miles west of St.

The foster kid is a 17-year-old boy who was kicked out of his home when he was 10, started using drugs by 13, and in five years is expected to be in prison or dead.


Kansas City woman surprises herself with Magnolia Marathon victory, others get first-time wins

Jamie Gibson had no idea she won. When she crossed the finish line of Meridian's eighth-annual Magnolia Marathon Saturday morning, she said she was just happy to be done. "This woman just told me to stick around for the awards, and I asked if had won anything," Gibson said.

Pretty much everyone who officially works for KCMO is a fag, pervert, sicko, liar, thief or lunatic 8:43.

kids whose journeys have been unstable, traumatic and extremely difficult.


That's me. Worked out fine as long as I avoided things like "organizations made up of 44 agencies" and well meaning people with good intentions. And especially people who claim to have all the answers but couldn't find their way out of a paper bag if they got stuck in one.

So we going to get a Town Hall featuring the honorable Frank White and Gail Beatty discussing all the wonderful things they are doing to make everyone's life more affordable and manageable?

^^^^I don’t know Maude, are you going to change your diaper today?

People like Tanesha knew doing or selling drugs was illegal but did it anyway then when they get busted for doing so want to cry that they shouldn't be labeled a ex felon. Tough shit lady you fucked up and now you pay the price for having done so. But all these felons think society needs to hop up and kiss their ass and give them preferential treatment. To that I say fuck you and the horse you rode in on.

^^^Hey geezer, do you think she reads this shitty blog? Only dying geriatrics and those who cave their skulls in read it. Also, why do you think anyone wants your opinion on anything?

^^^Now, now, calm down and come sit next to Daddy and rub his balls. You like that. It always calms you down.

12:02 well we sure don't want yours ya loser. So fuck you and the horse you rode in on.

Geezer Guy is a real brain trust, just a sideline quipster. These guys have and will always be around to amuse themselves. Never matured from their freshman high school days if they got that far. Very little vocabulary and content, absolutely no contribution to the discussion. More suited to grunts and ass picking.