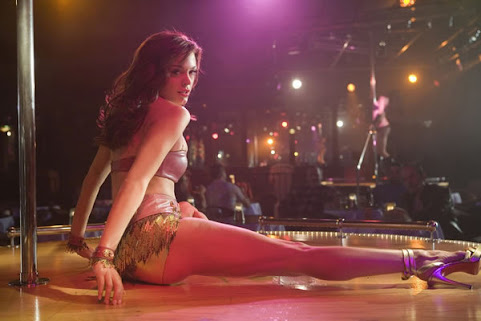 As always, the topic of T&A should dominate concern here at TKC . . . And so this story deserves a news highlight:

The general manager of Baccala Gentleman's Club believes his club has been unfairly associated with the shooting and gave FOX4 a look at how he keeps his customers safe.

It was 2:40 a.m. Sunday when KCPD officers, responding to a call at the BP down the street, heard a barrage of bullets coming from outside Baccala.

Because of this violence, neighbors are calling for the club to be closed. But the people who run the place said they do everything they can in a neighborhood where violence is on the rise.

"We are not here for a good time, but we are here for a long time," said General Manager Frank Wille, whose dad opened the strip club 32 years ago.

Over the years, as Independence Avenue has changed into a somewhat seedy area frequented by prostitutes and drug dealers, the strip club has changed the way it does business.

"We run a real tight ship here," Wille said. "I have security guards out there six nights a week. I have enough security inside to make people feel secure and safe."

Patrons are patted down twice, and everyone who comes into the club is tracked and documented.
######

Credit where it's due . . . Everybody has a crappy job but this dude seems to believe in the benefit of his work to the community.

They should be banned.

^^^^ It's freedom of expression. They have a right to express themselves as much as you.

It was not an epic gunfight. Nobody even got killed.

How would you know? You don’t have enough money to get in.

bLIEron is mad because he can’t use his gubmint ebt card to get in anymore! Hahahahaha!

Byron is a SJW armchair keyboard warrior, who has appointed himself the moral authority of this site and possibly others. I have observed he gets his pompous little jabs in then abandons any conservation when challenged except for an a occasional FU if provoked enough and sober enough to read and reply.

Place pays its taxes and keeps the propery up in a run down area, good for them.