Kansas City 'Save The Paseo' Ruckus 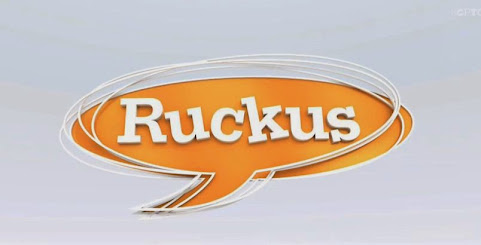 Last night Kansas City was either taking care of rugrats on a sugar high or "smashing" costumed strangers for Halloween. TKC did neither and instead simply enjoyed two overpriced pumpkin beers . . . But I digress . . .

The discourse continues and the latest episode from the GOLD STANDARD of Kansas City political discourse speaks with two activists regarding the fate of an embattled locals street and the ongoing local conversation . . . Checkit:

"Mike Shanin talks to Diane Euston and Andre Logan from the Save the Paseo committee about next week's vote on which street name to keep. Theresa Garza, Patrick McInerney, Danedri Herbert and Steve Mirakian discuss efforts in KCMO City Hall to restrict public input during committee meetings, the latest developments and speculation in the Kansas U.S. Senate race and restricting the use of TIF in KC."

The usual gang of idiots saying nothing.

Still more interesting than you. Weird.

What's interesting is how an idiot spends their whole day it appears ending comments with weird while never saying anything. Rukus has been a joke for years and manages to stay on the air, now that's something that is fucking weird.

Danedri Herbert - a journalist with The Sentinel website, part of The Kansas Policy Institute. This discloses her political affiliation.

Patrick McInerney - a former prosecutor, now with Spencer Fane. This does NOT disclose his political affiliation. Recall that Mr. McInerney represented former Mayor James when he violated eligibility rules in his reelection bid. McInerney was paid (was it $50K) out of campaign funds.

Theresa Garza - a former Jackson County legislator. This does NOT disclose her political affiliation, nor the fact that she violated candidate residency rules and was declared ineligible by a judge.

Steve Mirakian - attorney with the firm Wyrsch, Hobbs, and Mirakian. This does NOT disclose his political affiliation or the fact that he is a graduate of the U.S. Military Academy and is one of the smartest people to ever appear on Ruckus.

Imagine someone sitting at home watching this program who is not familiar with the background of Ruckus panelists. Isn't it only fair and educational to inform viewers as to why people like Heeter, Stephens, McInerney, etc., will only cheerlead for the City Hall/developer status quo? Is the goal to inform, or simply to entertain?