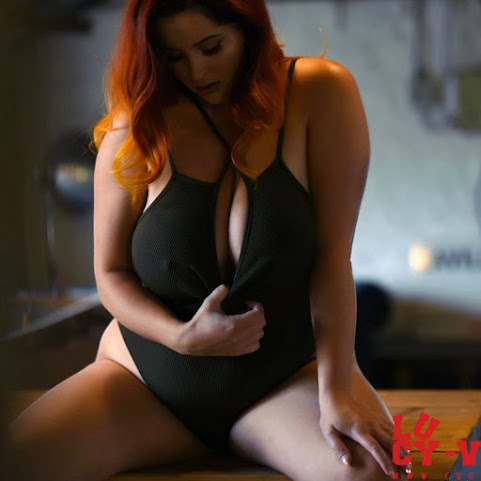 Hottie and body acceptance advocate Lucy remains one of our all-time faves and she inspires this pop culture and community news blast to start Saturday morning. Take a look:

KANSAS CITY, Mo. - The Centers for Disease Control and Prevention is touting a breakthrough in research into the vaping illnesses epidemic. "Lots of people are buying black-market vape cartridges and nobody knows what's in them," Gerry Donovan, a local CBD and vape shop owner, said Health professionals and people in the vaping industry as well as the medical marijuana industry have known about the problem for quite some time.


Christmas tree farm makes donations to those newly out of homelessness

INDEPENDENCE, MO (KCTV) -- Homeowners who built their own homes alongside Habitat for Humanity volunteers will spend their first Christmas inside their new houses. This season is a life-changing one for them and this is a story about hope. Where there's hope, you'll often find hugs.

Chris Goode is making history as one the first black-owned stores to be inserted in a major grocery store. Goode is the CEO and founder of Ruby Jean's Juicery, a juice bar that promotes juice cleansing. The shop has now opened a location in Whole Foods in Kansas City, Missouri.


The Fear of Fat: Our Last Acceptable Bias

The U.S. has a problem with its weight-but not in the way you might think. According to the Centers for Disease Control and Prevention, more than 70% of Americans are either overweight or obese, but there's another side to the "obesity epidemic" that isn't spoken about enough: fat bias.

How serious is the crisis? Americans are collectively gaining weight at an alarming rate, with the average adult weighing about 15 pounds more than 20 years ago. In defining obesity, nutritionists focus on body mass index: A healthy person has a BMI of 18.5 to 24, while an obese person has a BMI above 30.

SAN DIEGO - William Fentress was just a teenager when he sailed off to Midway as a Navy cook. At a private screening Thursday for the movie based on the battle he saw with his own eyes - we'll get to how bad the movie was in a second - the 94-year-old quietly recounted his experience aboard the USS Yorktown (CV-5) and the months leading up to that pivotal engagement.


Food Critics: The Best Rice Dishes In Kansas City In 2019

The Kansas City food scene is more international than it used to be, and whatever else might be in those global dishes, the key to a lot of them is rice. "Rice is such a versatile ingredient that's used by so many different cultures," KCUR food critic Danielle Lehman notes.


Keep your home warm without breaking the bank

KANSAS CITY, MO - Anthony Plumbing, Heating & Cooling is a sponsored advertiser of Kansas City Live and is responsible for this content. Cold weather is settling in and you may be wondering how to keep your home warm, without breaking the bank.

Best KC Headline Of The Week

Something foul blew into Kansas City, Missouri on Wednesday night. The air smelled dank as hell (and not in a good way), which some residents described as nasty feet or literal shit, according to local KSHB news. Meteorologists in the region are blaming the smell on the agriculture industry in Minnesota.

The Kansas City Royals will be under new ownership for the first time in two decades when John Sherman takes the helm sometime this offseason. With the club still amid a long rebuilding process, don't look for many exciting Royals rumors between now and the beginning of spring training.


'He chose me': Local Marine veteran says his best friend, his service dog, saved his life

LEE'S SUMMIT, Mo. - We've all heard the expression dogs are "man's best friend." A Lee's Summit veteran says that phrase describes his relationship with his service dog perfectly. Aaron Bono believes his life would be drastically different if it weren't for his year-and-a-half-old German shepherd, Max.


Temps will near 60 degrees Saturday

Hide Transcript Show Transcript WE BUILD ON THAT AGAIN TOMORROW THANKS TO THE SOUTHWEST ONSLOW. HEADING OUT THIS EVENING, LAYERS ARE GOOD. 40 DEGREES, MOSTLY SUNNY. WIND CHILL'S IN THE MID TO UPPER 30'S AS THE TEMPERATURE DROPS TO NEAR 40 DEGREES. CHILLY FOR THE POST INCOME OF ACTIVE 38.

Kansas City = Town of side hustles.

^^^ The Renaissance is complete!

TOP PHOTO
Does this swimsuit make me look fat?
No Honey, about 600 Double Cheeseburgers are what makes you look fat!

Too much sugar is put into too many premade food products.

and for all those concerned about health and climate catastrophes, the sugar industry is massive polluter.