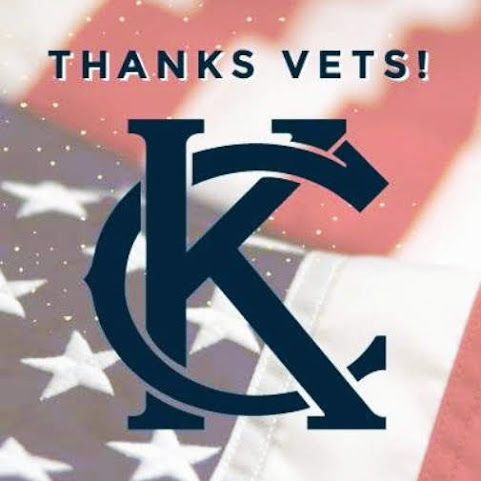 It's so much easier and far more rewarding to share empty patriotic pleasantries than ask tough questions about American policy endangering troops without much justification from elected leaders.

Honest question to consider for the overnight . . .

DOES ANYBODY REALLY UNDERSTAND WHY U.S. TROOPS REMAIN AFGHANISTAN?!?!

An 18-year conflict will hit the 20 year mark and there doesn't seem to be any change on the horizon.

The operation is yet another broken promise from previous administration: "President Barack Obama, who once promised to withdraw all U.S. combat troops from Afghanistan within 16 months of taking office, acknowledged on Wednesday that his successor will instead have to resolve America’s longest armed conflict."

Chairman of the Joint Chiefs of Staff General Mark Milley said the 18-year mission in Afghanistan is not over.

Respectfully, if Americans let the military dictate troop deployment there would still be U.S. soldiers dying in Vietnam.

And so, we share hopeful, heartwarming, informative and community focused news links to conclude Veterans Day as Kansas City would much rather offer empty praise than consider an ongoing conflict that threatens American soldiers. Of course we thank Veterans for their service but the words of citizens are without merit without VOTES to start holding politicos accountable who don't fulfill their pledge to quickly conclude an eternal and seemingly pointless war.


VCP to finish Phase III of tiny homes in December

KANSAS CITY, Mo. - According to the Veterans Community Project, roughly 200 veterans are looking for a place to sleep for the night in the metro area. That's why the organization is working to decrease that number through its tiny homes project.

U.S. Army General Mark Milley, chairman of the Joint Chiefs of Staff, has predicted that American troops, already in Afghanistan for 18 years, would remain in the country "for several more years." In an ABC interview broadcast on November 10, Milley noted that, after the September 11 attacks in 2001, the original reason U.S.

PLATTE CITY, Mo. -- Five years: That's how long it took for one retired Marine veteran to find the right treatment while battling with post-traumatic stress disorder. But with the help of a lot of people and a promising new technology, he is peeling back the layers of mental illness and finding his new mission.

GREENWOOD, MO (KCTV) -- Waving flags at Freedom Park in Greenwood are fitting on this Veterans Day, but it almost didn't happen this year. Someone burned a US flag displayed at the park. The police department and mayor shared photos of the vandalism. "The pole was intact but had some burn marks on it.

BLUE SPRINGS, Mo. -- A Blue Springs veteran is facing a new battle here at home. The airman took a military retirement after a back injury five years ago, and now a new health condition has him in the ICU. Doria Moyers is a mom and proud military wife.

KANSAS CITY, MO (KCTV) - Rocky Tankersley is like a history book on wheels. He'll show people every letter, medal and picture he has from his time in the navy during world war two, but they have to ask. "It's like Christianity. If you get the chance to talk about it, you talk about it," he said.

JOHNSON COUNTY, KS (KCTV) -- In 1943 at the age of 28, Mabel Johnson decided to enlist in the armed forces to serve her country. "I lived in New York at the time, and I walked up Broadway to see which one I should join, and it happened to be the Coast Guard," said WWII veteran Mabel Johnson.

Park University is on a mission to find some of the lost heroes of World War I.The school's George Robb Center searches for minority veterans -- black, Jewish, Hispanic, Asian and native Americans -- who were recommended for the Medal of Honor but didn't get them because of their race.There

On this Veteran's Day, we honor those who serve our country. As the holiday season approaches, Operation Uplift is working to put together care packages to give our troops overseas a piece of home during the holidays. The packages make the holidays brighter for those who won't get to spend them with their loved ones.

9/11 is an easy explanation for the start of the war. 18 years later it doesn't hold a lot of merit for continuing it.

Think about this. We fought WW2 in 3 and a half years
And it was over. That’s because back then we didn’t care about the cultural traditions of the country we were fighting. We won because we completely destroyed everything they had and didn’t lose sleep over it
I could see this coming when just after the first prisoners were being sent to gitmo, I see on the news a navy officer in charge there bragging how the prisoners would be given a new Koran and prayer rug and served “cultural appropriate “ meals. That showed me Bush was more concerned about the criticism of the usual liberal idiots than about destroying the enemy
That’s why we’re still there

Without our presence the Taliban would overwhelm the Afghan Government, & turn Afghanistan into a Radical Muslim Caliphate.

But, you know, that's not really our problem, & a Radical Afghanistan can't really threaten us here. There are lots of countries that are dysfunctional, & we just have to let them sort it out for themselves.

We have our own problems that have been long neglected.

Remember the Peace Dividend? I do.

Here we go again, a four word intellectual. Thanks again for another totally useless smartass reply.

Why are we in Afghanistan?
Boeing and General Dynamics, just to name two.
Remember, "War is good Business, invest your son"!

US troops are still in the Middle East/Afghanistan because I$rael wants us there. Meanwhile, I$rael receives 11 million dollars A DAY from you, the American taxpayer.

Noel Ignatievs was cremated. His magazine "Hardcrackers: Chronical Of Everyday Life" lives on.