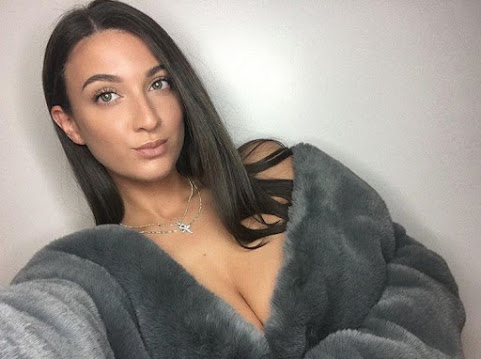 Tribute to Instagram hottie Joey is our TKC Friday tradition as we check pop culture and community news to start the day for our most dedicated denizens. Take a peek:

KANSAS CITY, Mo. -- The future has arrived, and it will be on display this weekend. Nextech KC will host the first-ever eSports and Tech Festival at Hy-Vee Arena in Kansas City's West Bottoms. Promoters said it's a huge tech showcase that will feature the largest eSports competition in metro history.


Proposal to extend school to 6 p.m. doesn't get passing grade from most metro parents

KANSAS CITY, Mo -- Across the street from Kansas City police headquarters, there's a new effort to return the department back under the control of the local government. Kansas City District 3 Councilwoman Melissa Robinson is spearheading the charge. "I personally believe that we're living off of an archaic model when you think about 1939," Robinson said.

Kansas City Hipster Concert For An EXCELLENT Cause


Thundergong! event works to raise money for people in need of prosthetic limbs

KANSAS CITY, MO (KCTV) - Thundergong! is this weekend at the Uptown Theater and the stars are already hitting the metro to get ready! Jason Sudeikis flew in from London on Thursday to get things started in a streetcar outside Union Station. Sudeikis also brought along some special guests!

KANSAS CITY, Mo. -- A woman and her dog were killed walking along a busy metro highway Wednesday night. Police still haven't identified the victim who was killed around 6:15 p.m. along 350 Highway near E. 63rd Street. Tina Turner and her fiance spent time with her daughter and grandchildren Wednesday night.

OVERLAND PARK, KS (KCTV) -- A group of neighbors in half-million-dollar homes have been battling Overland Park over a fence around a golf course that the entire city will have to pay for. Now, there may be a creative compromise.

Instagram is full of models and athletes, uploading pictures of their gym progress. Today we celebrate those who have the best abs on the platform. Female fitness models are some of the most inspirational athletes in the world. Not only do these amazing woman accomplish incredible things, but they bring fans along with them for the journey.

GLAAD's annual "Where We Are On TV" report notes an all-time high when it comes to LGBTQ series regulars on TV. And for the first time in the report's 24-year history, LGBTQ regular and recurring women on broadcast outnumber LGBTQ men 53 percent to 47 percent.

Three Instagram models have been indefinitely banned from Major League Baseball after flashing during the World Series. With the series tied at 2-2, the Houston Astros and Washington Nationals were battling/batting it out at the bottom of the seventh inning at Nationals Park in Washington, D.C., USA.

The Kansas City Chiefs were able to get back into the win column in Week 9 and are trying to keep it going on the road against the Tennessee Titans in Week 10 of the 2019 NFL season.

We're all influenced by everything. As a sprawling amalgamation of experiences, epiphanies and inputs, Angel Otero's new installation at Kemper Museum of Contemporary Art, "Diario," represents humanity's psychological landscape.

Winter coats today with much colder air and blustery conditions this morning! Highs will only climb into the upper 30s today.

Mayor Q's KC is so cold, so very cold.

As someone previously stated on TKC KCMO is in desperate need of money and is willing to do anything and everything to get the police under city control. They want the pension money and shortly after taking control of the police the pension money will be rolled into the general fund. Next up will be the KCFD pension fund rolled over into the general fund. Then within 5 years KCMO will not be able to meet the pension obligations so it will be a replay of the Detroit and Chicago fiasco.

Many times I have tried to get the LBGTQALPHABET-BBQ-LOL-BFF-ROFLMAO-KAG-CRAP explained to me and I have never received a straight answer.

"Robinson said with more than $250 million spent on public safety, the conversation isn’t only needed for accountability..."

"This is about accountability," Robinson said" she goes on to state... ""This is something that is impacting all of us, and people are tired and frustrated,” she said."

Well, dear councilwoman Robinson, let's be reasonable. It starts at home. How about you addressing the mothers, absentee fathers, brothers, sisters, preachers, aka ministers, barbers, beauticians and hair weavers (YES, these folks know who the criminals are) and demand ACCOUNTABILTY there?

You might ask why the idea of local control of the KCPD always seems to come from the 3rd council district.
Of course, the KCPD is already controlled by KCMO residents who are locally nominated and then appointed to the Police Board by the governor. The idea that anyone in Jeff City runs the police is silly and uninformed.
And just imagine if the police department were run by the same people who regularly allow themselves to be intimidated and run around by the urban core revs and other usual suspects.
Results just like the recent Paseo fiasco.
And suddenly many more millions of tax dollars would become available for unaccountable fake "anti-crime" nonprofits.
The current system was created for very good reasons that haven't changed.
Robinson needs to find another more productive horse to ride.
Maybe she could start by telling the revs NO.

So, you want the same people who brought you the Paseo disaster, to have control of the police.

Melissa Robinson needs to get off her fat ass and address her fellow negroes that they not guns are the issue. That black people killing black people has nothing to do with controlling the police. Or maybe they want control so the thugs can kill even more people. To control the police by telling them to not arrest anyone black for anything. So they can tell the police to not ever stop a car with a black person in it. Melissa Robinson is nothing but a joke put in place by black people just because she is black.