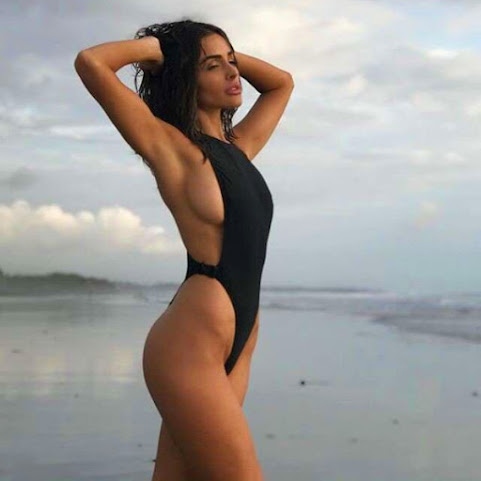 Before the election cycle REALLY gets started . . . Here's a quick collection of nicer news to help offer an alternative view of pop culture and the Kansas City discourse. Checkit:

KANSAS CITY, Mo. - Sixty people from 32 countries gathered at the downtown Kansas City library on Tuesday to officially become U.S. citizens. Mirza Mazarie, who is from Guatemala, said it was the best day ever. "I love America," Mazarie said, "and I have been living here for 19 years.

When young people quit sports, it's the beginning of a downward spiral with effects that ripple throughout lifetimes, said William Brandmeyer. The trend is avoidable, the leader of the ShareWaves Foundation said. "Young people are dropping out of sports before high school because there's too much pressure.

Remember those purple octopus-print swim trunks billionaire Amazon CEO Jeff Bezos was spotted wearing over and over again this summer alongside girlfriend Lauren Sanchez? Turns out the shorts also sold out at the speed of Amazon shipping!

Christian McCaffrey sure knows how to make Olivia Culpo's day. Taking to Instagram, the Panthers running back, who has been linked to the model since May, praised his rumored girlfriend by sharing a snap of Culpo on the set of her Sports Illustrated Swimsuit shoot. "Proud of you!

Open up Instagram, and there's a big chance you'll come across a post about an influencer's experience with a new lotion or a fancy restaurant. At the very bottom of the post, there's a hashtag, #ad, to divulge that you just read a paid endorsement.

Cowtown Seen From Above

KANSAS CITY, Mo. - The Federal Communications Commission on Tuesday released its ruling, which outlines the conditions for its approval of the $26 billion merger between Overland Park-based Sprint and T-Mobile. The FCC voted 3-2 along party lines in October to approve the merger.

KANSAS CITY, Mo. -- One felon is hoping there's a life past prison. He believes it could happen if people could see past his pain. So the owner of a Northland tattoo parlor is helping him get his tattoos removed. "At a point in time, I planned on being this guy," Brian Jones said.


When the Chiefs win with a high-school coach at QB, we know they are for real

When the Kansas City Chiefs approached Matt Moore about taking over as their back-up quarterback from the injured Chad Henne in August, he was working as an assistant coach at California's Hart High School. Now, Moore, who did not play a single snap in the NFL in 2018, may have led Kansas City to their biggest win of the season.


Wednesday will be warm, but cold front on the way

Hide Transcript Show Transcript THE FIRST ALERT HOUR-BY-HOUR FORECAST BACK HERE IN KANSAS CITY. 49 DEGREES BY 6:00 P.M.. 47 WILL BE AT 7:00 AND CONTINUING TO DROP DOWN WITH MOSTLY CLEAR SKIES. WE COULD SEE A LITTLE CLOUDINESS OUT THERE. LOW TEMPERATURES, NOT QUITE AS CHILLY AS THIS MORNING.

Face tattoos, what idiots do to prove their point.

Praying for Brian and Russ. Their's Hope as long as You still have Breath in your Body. There is always HOPE. Thanks for the showing the story TKC

I get the concerns by the FCC minority on the Sprint/T-Mo merger, however, without this merger Sprint will slowly die. You'll end up with 3 major carriers regardless. The merger just moves up the timeline.