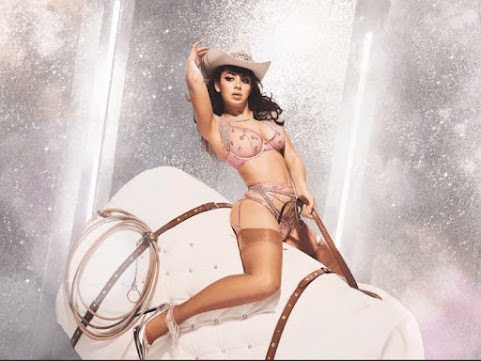 KANSAS CITY, Mo. - One of Kansas City's funniest men, Jason Sudeikis, took advantage of his star power this weekend to raise hundreds of thousands of dollars to help local amputees. The "Saturday Night Live" alumnus spoke with 41 Action News last week about how his Thundergong event helps the Steps of Faith Foundation, as well as the impact Kansas City has had on him.

OVERLAND PARK, Kan. -- Teachers in the Shawnee Mission School District wore red to the Board of Education meeting Monday night to protest the lack of a new contract and demand better pay and working conditions. Teachers in the district have been working under last year's contract since negotiations between the teacher's union and the National Education Association Shawnee Mission stalled out in September.

KANSAS CITY, Mo. -- A metro man says what he thought would be a quick fix turned out to be much more complicated. Jake Maudlin said getting an iPhone screen replaced left him out cash and almost cost him his Apple warranty. Life without a smart phone can leave some feeling disconnected.

A federal judge dismissed President Trump's lawsuit that attempted to block a newly passed law that would allow Congress to obtain his New York state tax returns - but allowed for Trump to try again in the future. The law, known as the TRUST Act, was signed by Gov.

Carrie Lam, Hong Kong's embattled leader, appealed to residents in the city to avoid taking part in any illegal activities as protests on Monday took a violent turn that included one protester being shot and another set on fire. Lam told protesters that their demand for democracy has been exceeded by violence, Reuters reported.

The Lowdown: Charli XCX is pop music's brilliant middle child, caught between her stadium-ready elders and the intimate YouTubers cropping up behind her. The singer-songwriter, born Charlotte Aitchison, surprisingly got her start on Myspace and, after penning hits for Icona Pop and Iggy Azalea, struck out on her own.

Charli XCX, the pop singer heralded as a car enthusiast icon with the release of the radioactively catchy "Vroom Vroom" single back in 2016, has let everybody down with her new music video for a song titled "White Mercedes." The error on display here is truly embarrassing, a spit in the face, painful, and impossibly easy to avoid.

Yeehaw, cowgirl. Charli XCX stars in Agent Provocateur's new Christmas campaign and look book, dressed up as a sexy rodeo queen. The images are meant to "pay homage to country-western and the Deep South with a Rhinestone Rodeo," with the 27-year-old pop star clad in a number of racy lingerie sets accessorized with bedazzled gloves, cowboy hats, lassos and bucking broncos, of course.

Another Talk With Mayor Q

The theme of Sunday night's show in Independence was gratitude, an appreciation for those who put their lives on the line for the sake of a greater good. Bret Michaels, lead singer for the hair-metal band Poison, headlined the event at the Silverstein Eye Centers Arena, a show he christened The Hometown Heroes Tour.

Hide Transcript Show Transcript LITTLE BIT. WIND CHILLS AT FOUR ABOVE AT 6:00 P.M.. BY 10:00, TO ABOVE ZERO. NORTH WIND AT 10 TO 20 MILES PER HOUR. JUST TO GIVE YOU PERSPECTIVE, RECORD LOW, 1911 AT SIX ABOVE ZERO. THAT IS WHAT WE WILL HAVE TO DO WITH AT LEAST IN THE MORNING.

The SMSD teachers don't deserve a big pay raise. They are responsible as interested parties to the many years long suit over school funding in Kansas. As a SMSD resident I wouldn't give them a raise for many years if I was in charge. They are never satisfied and are either the highest or second-highest paid in the state of Kansas.

^^I agree they are a bunch of whiny pussies.