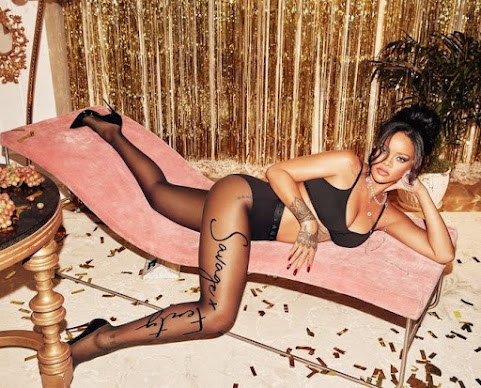 Tonight we take a peek at the rapidly evolving lingerie game that influences pop culture along with more community and local news links. Checkit:

Funny how productions of older shows so often reflect our present reality. That's certainly the case with the handsome MTH Theater production of "Ragtime," the award-winning 1998 musical based on E.L. Doctorow's novel. Director Tim Scott fills up every inch of the stage at the Crown Center performance venue with people, sound and color.

Sierra Skye continues to sizzle in her latest Instagram share. The blond bombshell has never been one to shy away from showing off plenty of skin for the camera, and that is exactly what she did this past weekend.

KANSAS CITY, Mo. - Two Kansas City, Missouri, schools will serve as national ambassadors over the next year, educating others about the history of African Americans in North America. The African-Centered College Preparatory Academy and John T. Hartman Elementary School were chosen to serve as institutional ambassadors for the National Park Service's 400 Years of African-American History Commission.

They protect, they serve, they support, they investigate, and they teach. No television station has ever been allowed into the Kansas City FBI Field Office's Citizens Academy - until now.KMBC 9 News reporter William Joy spent weeks learning how FBI agents and SWAT team members are trained to do everything from shooting guns to making bombs - all to make Kansas City, and the country, safer.

Shutterstock Newly leaked audio from what appears to allegedly be features lyrics about Chris Brown assaulting in 2009. In the leaked audio, the 47-year-old rapper says, "I'd side with Chris Brown, I'd beat down a b-h too." According to Insider, a Reddit user posted the seven-second snippet, titled "(SNIPPET) Eminem - Things Get Worse (Rihanna Diss)" on Sunday, Nov.

From Scandalous: The Untold Story of the National Enquirer. // Photo courtesy of Magnolia Pictures. When the Kansas International Film Festival started out 19 years ago, it was called Halfway to Hollywood. That old name would have been particularly well-suited to this year's fest, which offers a wide spectrum of movies-narrative features, documentaries, and short films-from both the Kansas City...

Go to college and end up flinging plates or coffees or working at Ford if your lucky.

Welcome to the Big Vibrant City