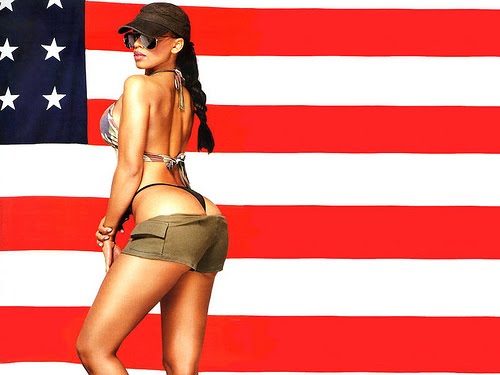 Some locals are working, others offer their respect to the troops. But the news continues nevertheless. And so, inspired by Melyssa hotness, right now we share this quick collection of nicer community news and pop culture links for the midday.

Prez Trump Still Under Fire Amid Tribute To The Troops

President Trump Donald John Trump This week: House kicks off public phase of impeachment inquiry Impeachment week: Trump probe hits crucial point Judd Gregg: The big, big and bigger problem MORE on Monday hailed the legacy of the American armed forces in a Veterans Day speech that came against the backdrop of protests and political turmoil that has engulfed his presidency.

KANSAS CITY, Mo. - Veterans in the Kansas City Metro Area have several locations where they can receive discounts and free items this Veterans Day. Many local restaurants and business are showing their appreciation for service members. Here's the list: Denny's Form 5 a.m.

KANSAS CITY, Mo. -- A Kansas City woman has been blessed with a new home this holiday season thanks to hard work and a metro organization. Dozens of volunteers came out for Sunday's blessing of the home. Latisha Fry is going from renting a two bedroom duplex to owning a beautiful new home that was built just for her and her son.

As seen on SOHH.com - follow @sohh @sohhdotcom Vixen Melyssa Ford is proving age still isn't anything but a number. The veteran model went online today to reflect on turning 43 and encouraging people to embrace their lives. Look and comment below!

LENEXA, Kan. -- A local bridal store is giving away 100 bridal gowns to military and veteran brides in a special event Tuesday. Scott Cline of Belle Vogue Bridal said each bride will receive a 30-minute appointment where they`ll consult with a Belle Vogue stylist to find their dream dress.

STILWELL, Kan. - While service members were honored Monday during special Veterans Day ceremonies, members of War Horses for Veterans braved the cold and snow to continue offering classes for former combat soldiers. The program, which is based at a ranch in Stilwell, welcomes combat veterans from across the country for three to four days of classes in a safe and peaceful environment.

KANSAS CITY, Mo. - The 1990s rockers have announced a reunion tour, and it will be making a stop next summer in Kansas City. The band, which announced a breakup in 2015, has reunited and will embark on a 30th anniversary "Shake Your Money Maker" tour.

It's the most wonderful time of the year!From Overland Park to Excelsior Springs, holiday displays are starting to light up the night across Kansas City. Here's a schedule of some of the most popular lighting ceremonies across the metro area.

Ford workers getting it done unlike those pussies over at General Motors.

SLie's Shithole of the Midwest

The 1990s rockers have announced a reunion tour, before they all go broke trying to maintain their luxury lifestyles.

What will Latisha do when her property tax bills suddenly go up 500% over what she can afford?

^^All property is owned by the state. If you don't pay the rent (property taxes), you will be evicted.

If you don't pay the rent (property taxes), you will be evicted.


Not any more with KC Tenants stepping in!

Eat that you capitalist hog!

Oh shut the fuck up Funkhouser you stupid asshole

Byron Funkhouser who has never owned a damn thing in his life bitching about taxes he don't pay either. Damn why didn't his Dad nut on his ole ladies ass.

I did not think this was possible but Byron puts forth a very accurate description and I agree.
I just retired, home is paid for, but not really. To stay in my home I must set aside approx. $350 a month to cover taxes and insurance. Just a cracker box house. Now that the tax portion is going to double due to a near 100% increase, plus maintenance and so on. It's Going to get rough from here on out and I am lucky to have some savings but when that runs out the state CAN take my property if I can't pay the ever increasing tax at some point.

I am still paying on a bought and paid for house, so it's like rent.

When Melyssa dropped her tailgate I left a load in her bed!!!

Well I guess we can all stop paying taxes and then see what happens around here. No money for cops no money for those who who own nothing but sit on their fat asses looking for free handouts all day.

Our property tax is what's supposed to help keep our city infrastructure we use up and running. Now you see why it pisses me off when it's wasted on crap like changing street names, bike lanes, entertainment dists (P&L & 18th and Vine), unneeded airports, handouts to special interest groups, Folly Trolleys, tax abatements for developers. and supporting losers who won't pay their rent.

I liked the Black Crowes ever since they got kicked off the ZZ Top World Tour.