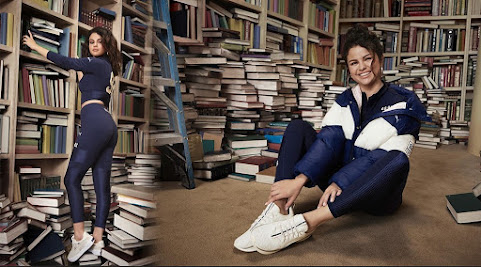 LENEXA, Kan. - Due to hot and dry summers in recent years, the Kansas City metro could see a Christmas tree shortage and higher prices for the decorations during the holiday season. The National Christmas Tree Association reported that Missouri could be one of several states experiencing the shortage.

A Kansas City man filed a lawsuit seeking class-action status against Hy-Vee Inc., accusing the company of acting too slowly in the face of a massive data breach and then not offering any assistance to the millions of affected customers.


In Missouri, Public Defenders Push to Put Poor Defendants on Wait List in Attempt to Improve Their Legal Representation

Public defenders in St. Louis County, Missouri, are seeking to introduce a wait list for poor defendants in need of their services. They say the list, which is awaiting approval from a judge, will help improve the quality of representation by attorneys who routinely carry caseloads so high that they're unable to devote enough time to properly represent their clients.

When Dan Hoyt started graduate school at the University of Kansas in 2016, he knew he had anxiety and depression. He worried about being able to find a job after graduation. And, sometimes, he couldn't get through his assigned reading. "When you have anxieties, that gets impossible," he said.

A new report on former President Barack Obama suggests the former president doesn't have faith in Joe Biden's chances to connect with voters and win the 2020 election. Politico released an article about numerous 2020 Democratic candidates who met Obama at his office in D.C.

For some people, the end of the year is all about winding down, but Selena Gomez seems to be ramping up. Not only did she recently announce a brand new album, drop two instant-hits, and deliver a badass performance at the American Music Awards, she's also releasing her third PUMA collaboration on Dec.

The recent outbreak associated with romaine lettuce is being met with frustration and heartbreak by California lettuce farmers who are losing revenue from shipments of the leafy green. Federal agencies warned consumers not to eat any romaine lettuce harvested from Salinas, California, ahead of one of the biggest food-oriented holidays, as they investigate an expanding multistate outbreak of E.

Popping Off This Week


Fireworks will light up the sky Wednesday night

KANSAS CITY, Mo. - Don't be surprised if you see or hear fireworks Wednesday night in Jackson County. "Christmas in the Sky" kicks off at Longview Lake Beach starting at 6:00 p.m. It's the 23rd year Jackson County Parks and Recreation has put on the event.

Lindsey Bulla's artwork may have started as an idea for a tattoo, but it's turned into a way to eliminate lunch debt for elementary school students.Bulla painted the design of a deer on paper, and it quickly caught the eye of Jeff Turner.

KANSAS CITY, Mo. - A big donation at the last minute helped make it possible for Della Lamb Community Services to pass out more than 1,100 kits full of all the fixings for a traditional Thanksgiving meal to families in Kansas City, Missouri. Tuesday, the organization kicked off its 27th annual "Operation Thanksgiving."

WATCH THE FORECAST FOR A COUPLE OF THOSE. NICK: WE ARENICK:. IT WILL BE CALLED, SOME SHOWERS AROUND FRIDAY EVENING. TOMORROW EVENING COULD BE A REALLY LIGHT WINTRY MIX. THERE IS MORE STORMS AHEAD. IT IS JUST LIKE THAT MIXED BAG WHERE IT COULD BE JUST ABOUT ANYTHING.

These Motivational Quotes are amazing, Really these inspire anyone to work hard and become sucess, Thanks for these thoughts.