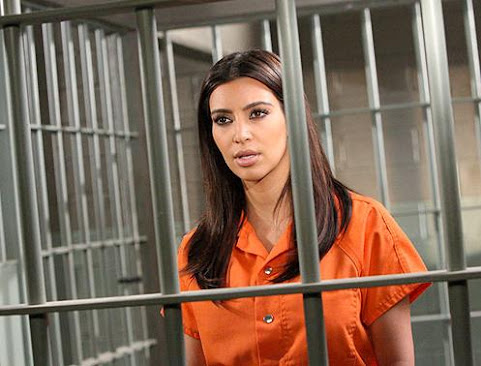 Our readers always seem to appreciate this quick look at a lot of local violence, police action, alleged misdeeds and court cases from around the metro . . .

The group Mothers in Charge is reaching out to families who have lost a loved one to violence this year. Sixty Thanksgiving boxes of love were handed out Friday. Each box was filled with food for a Thanksgiving meal -- a turkey and gift card.It was an emotional gathering as families arrived, offering comfort to each other."It won't be the same without him.

KANSAS CITY, Mo. -- The U.S. Marshals Service has captured an escaped Missouri inmate in a wooded area in Delaware, where he was living "off the grid." Drake Kately, 27, escaped from the Mercer County Jail for the second time Sept.

Kim Kardashian was at the Texas jail where death row inmate Rodney Reed learned his execution had been stayed, she revealed on social media Friday.

KANSAS CITY, Mo. - Police identified the 26-year-old man who was during an altercation with a Clay County Sheriff's Office deputy. The Kansas City, Missouri, Police Department, which is investigating the officer-involved shooting, said Cody R. McClintick died after the incident in the Motel 6 parking lot in the 3600 block of North Randolph Road.

KANSAS CITY, Mo. - Investigators with the FBI are looking for a man from Missouri who they say participated in a plan to traffic several types of deadly drugs. Cory Brown, 30, is wanted for conspiracy to distribute at least a kilogram, or at least 2.2 pounds, of heroin, as well as cocaine, crack cocaine, oxycodone, codeine and marijuana, according to court documents.

KANSAS CITY, Mo. - A Shawnee, Kansas, man has been sentenced to 13 years in federal prison for illegal possession of a firearm and possession of cocaine. Anthony Whitehead, 32, also must pay a $5,000 fine and will not be eligible for parole.

Hide Transcript Show Transcript HEAD. THE SKY WAS CLEAR. THE MEMORY OF THAT SUMMER NIGHT. JUST PULLED THE GUN OUT. SEARED IN THIS FORMER GANG MEMBER'S MIND LIFE WOULD NEVER BE THE SAME. REMEMBER SEEING THE FLASH AND I FELL DOWN.

FAIRWAY, KS (KCTV) - A shocking discovery on a Nebraska farm could be an important link to a murder investigation in Missouri. Nick and Justin Diemel's remains were found on a farm near Braymer where they had been visiting on business. Now additional remains have been discovered more than 400 miles away in the back of a livestock trailer.


'I was crying': Parent rattled after man with handgun walks into her children's preschool

LEE'S SUMMIT, Mo. -- A series of text messages sent Tracy Trotter into a panic Monday. The messages were from Our Lady of the Presentation, where her two kids go to school. "I knew immediately something was wrong because they'd never done that," Trotter said.

KANSAS CITY, KS (KCTV) -- The Kansas Highway Patrol Turnpike Authority is investigating an incident that injured a Wyandotte County sheriff's deputy Tuesday night. The incident happened while the deputy was conducting a traffic stop shortly before 9:15 in the area of North 57th Street and westbound Interstate 70.

KANSAS CITY, Mo. -- A local pastor is holding a special toy drive in an effort to bring some holiday cheer and hope to children of murder victims and under-privileged youth in Kansas City. The effort, titled #250Kids, is led by Pastor Timothy Hayes, who knows firsthand the impact death can have on a child.

And the great pumpkin responds, "I don't know the man. I've never talked to him. Lots of people give me a million dollars, and I appoint a lot of ambassadors. I may even have had my photo taken with him, but I get photographed with a lot of people."

Orange you glad that the Kardashian clan is being held at Guantanamo Bay for their new series "GITMO MONEY"???