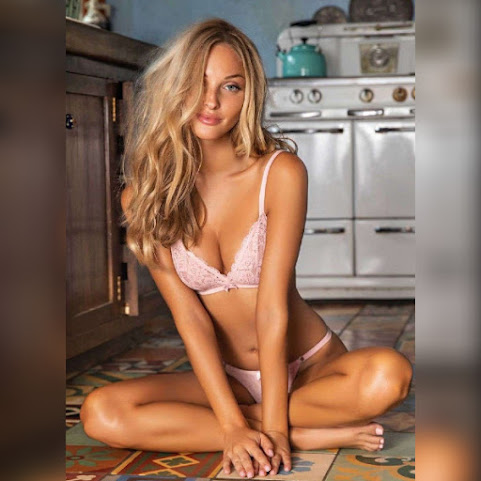 Right now we consider hottie lingerie goodness around the house along with pop culture and community news. Checkit:

KANSAS CITY, Mo. -- A Kansas City Public School teacher got to see where he'll be living rent-free for the next two years this week. "It's crazy. It genuinely feels like winning the lottery. I don't know who is more excited -- me or the students," Lincoln College Prep Spanish teacher Seth Oldham said.

The US ambassador to the European Union told an impeachment hearing Wednesday that he was following the orders of President Donald Trump in seeking a "quid pro quo" from Ukraine. Gordon Sondland -- whose appearance before Congress is being watched especially closely as he was a Trump ally -


Hazardous material containers in area rivers due to floods

KANSAS CITY, Mo. - The Department of Natural Resources is asking people to be on the lookout for containers of all sizes floating in the Missouri River. Many of them contain hazardous materials. Stephen McLane, Department of Natural Resources environmental scientist, said the containers are believed to be from Iowa and Nebraska and likely were swept away during spring flooding.

MGP Ingredients Inc., a leading producer of distilled spirits and specialty proteins and starches, has agreed to pay a fine of $1 million in connection with a toxic chemical release at its plant in Atchison, Kansas, three years ago. MGP agreed to the fine after pleading guilty Monday to a misdemeanor charge of negligently violating the Clean Air Act.

Splitlog Coffee Co. continues to make progress on their second location in Pendleton Heights with an anticipated opening date in the first week of December. Located at 546 Olive, the space is directly north of the Pendleton Arts block, and will be a little different than their original location on Central Avenue in Kansas City, Kansas.

“Sondland testified: “I never heard from President Trump that aid was conditioned on an announcement" of investigations. He said he never personally heard Trump discuss preconditions.” And at one point, he confirmed Trump told him, "I want nothing."

that idiot bLIEron must be on the verge of arkanside after this one!

@4:14 Oh looky here, a Trump dumb dumb who heard Trump recite this on the lawn heading for M1. Give it up man. You seem to be operating under the delusion that Trump isn't participating in a bribery scheme unless he speaks the words "I am bribing Ukraine". That's not how law works. I know following logic, connecting dots between different witnesses, etc. is not a Trump cult strong suit but today was not a good day for Trump. It's keystone cops running the mob bullshit.

How about this quote "Everyone was in the loop"

Giuliani is probably coming soon because he was today's "under the bus" guy.

Eventually, more witnesses will be coming because they are going to say, "fuck this guy, I'm not going to jail for him".

Catherine Pugh another Democrap who is looking at jail time for fucking not only the citizens of her city but national government as well. She is the second Baltimore mayor in the past decade to leave office while facing allegations of corruption. In 2009, former Mayor Sheila Dixon was found guilty of misdemeanour embezzlement and forced to resign. Dixon ran for office again in 2015 and lost, to Ms Pugh. Man Baltimore has to be a real cesspool to live in.

MAGA jail the democraps and these witch hunters all need to do jail time as well.

4:35 you brainless idiot, In the end, aid was clearly not held up... Ukraine got the aid and no investigation had begun and nothing was said publicly about it. This is over. Stop wasting our tax dollars and get something done for everyday folks. Schiff is completely obsessed. You guys are a loooong way from proving Trump held a proverbial gun to anyone’s head. Rep. Turner's(R) questioning was a tour de force. Hollywood could not have scripted that any better. It was a major takedown of the Dem's narrative. A "Perry Mason" moment.

4:35, Millie, in the end you'll need your safe space when the Democrats move impeachment to the Senate. As it stands, Congress can simply impeach a president based on hatred, there is no burden of proof for any crime in order to proceed. The progs running this Schiff-show are pretending there are laws broken (there aren't) to give some semblance of legitimacy (there isn't). They should go ahead and have the vote, it'll be party line and proceed to the Senate. Here's the thing: in the Senate, the Turtle can hold an actual trial, the Repubs can bring all the witnesses they have thus far been denied and ask the questions, that have thus far been quashed by pencil neck, and lay it out factually. They will of course then vote along party lines and President Trump will not be impeached. The Dems started this dog and pony show too early. They will not be able to drag it out until the election as planned. They will be forced to vote or drop; an untenable situation. Everyone who votes aye will be marked as a prog foot soldier, if they drop it Trump will use fake news with a show trial to back it up.

4:58 - Da fug are you talking about a Baltimore mayor for? You think anyone outside of Baltimore, well I guess besides your weird ass, gives a flying fuck? What the hell does she have to do with the bullshit our President did...oh, oh, wait, a Democrat did something bad so it's ok what Trump did. Got it.

Fact: The aid was held up and eventually released after the WB complaint was made. You fucking morons. This is your defense? I mean, I guess I see your point. If I walk into a bank and pretend I have a gun and ask for the teller to empty the drawers and they say no and I just walk out and leave, well, I've done nothing wrong. A lawyer you are not. Try again dumb dumb. I hope you don't handle heavy equipment or something for a living.

5:00 lives under a rock. Impeach based on hatred...that's cute. Where'd you get your law degree from?

Save us all the fucking time with your idiotic retard arguments that make zero sense and just say you don't give a fuck what the President does.

So angry! And every reason why you should be. Snoozegate is petering out and it looks like it was a colossal waste of time.

And now-- brace yourself--Ukraine is investigating the head of Burizma ! Oh noes! ;)

Guess there was good reason to investigate the hilariously corrupt Bidens. That is, aside from Joe bragging about his own quid pro quo on camera.

Gordon Sondland? I don't know the man. Lots of people give me a million dollars, and I appoint a lot of ambassadors. That doesn't mean I've ever met them. Oh, there may be photos, but I get photographed a lot. Besides photos can be doctored. Just ask Prince Andrew. I never asked for nothing. I got nothing. I never had sex with that man. Pay no attention to the man behind the curtain.

Or, you know, Ol' Rapey Bill's actual, documented trips to the island of pedophilia. Lied about how many there were too.

Last time I checked Clinton was no longer president. Welcome to the 21st Century.

But you were wishing to paint Trump as uniquely immoral when in every case the left is worse, and gets a pass from people like you. See your comment.

Look out everybody, there’s a deranged dimwit crying because President Trump didn’t do anything wrong..... again! Hahahahaha!

When some of the brightest minds in the Democrat party are Schiff, Nadler and Pelosi, the Dems should hope that brain transplants become a medical reality soon. Brainless and dishonest -- along with wasting American taxpayer money while proving they believe the ends justify the means -- are the characteristics these three politicians readily display every day. The Mueller Report fiasco and now this. We all should prepare for Impeach Trump Plans F through Z coming soon, wasting even more of our taxpayer money. The Dems are quickly losing the Independents they are trying much too hard to persuade because the Indies are seeing this ridiculous Dem behavior play out in front of their eyes.

Typical Repubtard responses to logical arguments:
1. You're so angry
2. Clinton did x, or y, or z
3. There's a democrat somewhere who did something bad
4. This is a witch hunt, Mueller report proved this. No, I don't need to read that shit.

In short, very substantive arguments all the way around.