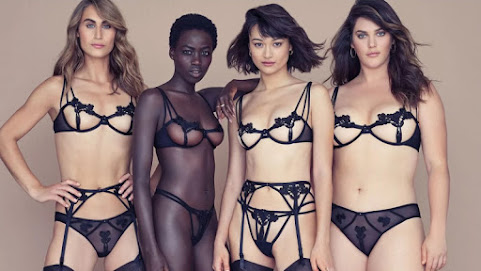 We rise this morning and remind ourselves that the only constant in this world is change.

Daily Beast: Victoria’s Secret Promotes Its Wokeness, but Is It Too Late?

In Touch: Jeffrey Epstein’s Young Victims Were Terrified to Deny Him: ‘If I Say No, Am I Going to Be Killed?’

Closer to home, here are the nicer community news links for right now . . .


Deadly crash and fire shuts down I-35 in Johnson County

A fiery semi crash shut down Interstate 35 in southern Johnson County early Friday morning.The crash happened around 2:38 a.m. on I-35 southbound near Sunflower Road.A semi crashed and burst into flames. Johnson County Med-Act reports one person died in the crash and fire.I-35 was closed in both directions while crews put out the fire and inspected a nearby bridge for damage.


Tyreek Hill vs. Mecole Hardman in 100-yard dash: who ya got?

It started when reporters were talking to Kansas City Chiefs wide receiver Mecole Hardman in the locker room on Wednesday. Asked by our own Pete Sweeney if he could beat fellow wide receiver Tyreek Hill in a 100-yard dash, Hardman first expressed confidence - but then backed down a little.


Rescue center packed after rescuing more than 100 birds from home

GRANDVIEW, MO (KCTV) - A Grandview bird rescue center is now close to maximum capacity after a major rescue operation that involved saving more than one hundred birds. Burge Bird Rescue owner Dr. Julie Burge said space is at a premium at her center and she had to move all of her cages closer together to make room for the large unexpected delivery of birds.

OLATHE, Kan. - There were two things on ambulances in Johnson County Thursday morning that weren't there last week: snow shovels and ice melt. Med-Act, which provides emergency medical services to the county, said those winter tools help paramedics get a stretcher to and from a person's house in an emergency.

Marijuana is now legal in Missouri, for medicinal purposes only, after voters approved it last year. However, following and applying the law is becoming difficult not only for patients but for law enforcement. Missouri Secretary of State, John Ashcroft, published emergency rules to follow July 1, 2019.

Kansas Warms Up To Weed???


Temps will be in 40s for your Friday

Hide Transcript Show Transcript LITTLE WHITE SOMETHING JUST TO KEEP IN MIND. SO HOW ABOUT THE TRICK-OR-TREAT FORECAST FOR THIS EVENING? I THINK IT'S GOING TO BE WELL ONE THAT REQUIRES WARM BOOTS AND GLOVES AS WE CONTINUE TO DROP NEAR 40 DEGREES WITH THE SUN GOING DOWN AT ABOUT SIX NINETEEN WIND CHILL AT 29 THE AIR TEMPERATURE 35 BY 7 AND TEETH CHATTERING WHETHER 33 BUT THE WINDCHILL EVEN LOWER THAN THAT.

^^and yet they have only lost one in a row. Fucking retard. Weird.

^^Ummm you're the retard. They have lost two in a row earlier this season so far and will soon to have lost 4 for the season with another set of two losing games in a row. Only thing weird here is your continuous stupid comments all day long.

^^and yet Grip Matlock said four game losing streak which denotes 4 losses in a row. How come you can't understand that moron? Fucking dolt. Weird.