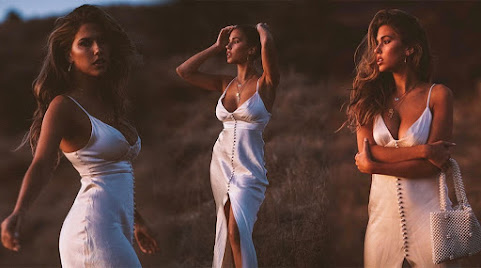 To start this morning we check community news, pop culture and all manner of local links. Take a look:


KCPD officers injured when responding to an accident

KANSAS CITY, Mo. - Two Kansas City police officers are recovering after they were struck while responding to an accident. Just after 3 am, police were called to 31st and Broadway to help a car with a flat tire.

KANSAS CITY, MO (KCTV) -- The police are investigating if a driver was impaired after the person crashed into a tree on Thanksgiving. According to the police, the driver was going north in the 3400 block of Garfield around 5:30 p.m. when the driver lost control of the maroon GMC Terrain, left the road, and hit a tree.

KANSAS CITY, Mo. - Even Mother Nature couldn't stop thousands from getting some holiday cheer as the Plaza lights took center stage Thanksgiving night. The Kansas City tradition is now in its 90th year and for many of the people attending, they say the moment never gets old.

Hide Transcript Show Transcript FIRST FRIDAY IN DECEMBER.C-1 -- DECEMBER. KMBC 9'S KELLY ECKERMAN IS HERE TO EXPLAIN HOW IT'S COMING TOGETHER. KELLY TODAY, THE OFFICIAL : CHRISTMAS TREE ARRIVED EVEN THAT REQUIRED A LITTLE EXTRA CHRISTMAS MAGIC. BUT THE MAN BEHIND THE LIGHTING CEREMONY SAYS IT'S NOT JUST AN EVENT, IT'S A MOVEMENT THAT'S STARTING AT 18TH AND VINE.

Maxim bombshell Kara Del Toro treated her 1.2 million eager Instagram followers to a massive Instagram update with an artistic vibe and breathtaking lighting. The photoshoot was taken at a time when the sun was in a magical position, and the shots were captured by photographer Jeff Thibodeau, who was tagged in the caption.

Johnson, who described himself as a longtime Democrat, has made headlines multiple times for praising Trump for the "positive things" he's done to grow the U.S. economy.

Play video content Exclusive TMZ.com Kid Rock wants the world to know he HATES Oprah Winfrey (and other talk show hosts), but also ... don't call him racist because of it. His drunken words, not ours.

Black Friday isn't what it used to be. Just ask Chris Ott. He married into a family that never missed the occasion. And let's just say, he really got into it.

Editor's note: Below you'll find a list of seven ways to spruce up your holiday decor courtesy of Kansas City creatives. Click here to check out the rest of Startland News' 2019 Gift Guide. Handpainted ornaments Bright and unexpected, Ampersand Design Studio ornaments hope to make a modern splash on the bows of traditional Christmas trees.

KANSAS CITY, Mo. -- The turkey is in the fridge after the Thanksgiving feast, but family is still in town. If you want something to do after Black Friday shopping, there are several holiday activities going on this weekend in Kansas City.

AFC West stock watch: Chiefs rising, Derek Carr falling | FanSided Fallers Derek Carr in poor weather: The Raiders didn't lose to the Jets by 31 points because of Carr. He didn't play well, but no one did for the Raiders.

KANSAS CITY, Mo. - Black Friday will have an increasing chance of rain and thunderstorms through the afternoon and evening

They have historic buildings that are collapsing down there, they still haven’t paid off the musicians from last years failed jazz fest and suddenly they have more tax payer money to throw away on a tree and celebrations? Who the fuck is driving this train wreck? Wait, what, it’s kolored people, that explains everything.

How many people will be shot at this event?

"BUT THE MAN BEHIND THE LIGHTING CEREMONY SAYS IT'S NOT JUST AN EVENT, IT'S A MOVEMENT THAT'S STARTING AT 18TH AND VINE."

Read this and it I feel a movement starting alright, but not at 18th and Vine.

"...police were called to 31st Street and Broadway Boulevard to help a motorist with a flat tire." What, are the cops now doubling as AAA mechanics? Apparently it never occurred to this motorist to pull off the road into an empty parking lot and change the damn tire.