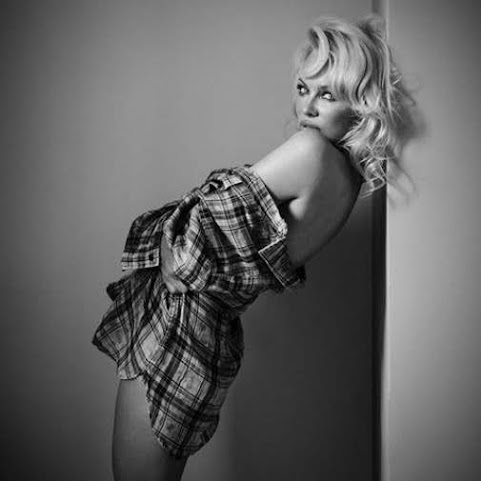 For the early morning hottie icon Pamela inspires this pop culture and community news blast for our most dedicated readers. Checkit:

KANSAS CITY, MO (KCTV) -- A smart man once said, "If these folks are working behind me, that's a good sign for the economy." That man is Alan Greenspan, a well-known American economist who often used cardboard-box companies to judge the direction the economy was going.

Don The Deuce Pushes Back

President Trump's son on Wednesday tweeted out the purported name of the anonymous whistleblower who filed the complaint alleging the White House attempted to strong-arm the Ukrainian government into probing a top Democratic rival. Donald Trump Jr's tweet comes as the president himself has asked the media to expose the whistleblower, a CIA analyst, whose identity has circulated online for weeks.

KANSAS CITY, Mo. - The Kansas City Chiefs have joined forces with the Metropolitan Organization to Counter Sexual Assault. The multi-year partnership was announced Wednesday and is intended to "sustain and expand prevention programs in the greater Kansas City area," according to a new release.

KANSAS CITY, Mo. -- As a 24-year-old Army MP in 1989, Bruce Fischbach still vividly recalls the day he witnessed the fall of the Berlin Wall. "My dad called, and he goes, 'You know what's going on over there?' And I said, 'Yeah, I'm working my butt off,'" Fischbach told FOX4.


Look at Country Club Plaza lights from years past


Pamela Anderson under fire after wearing Indigenous headdress on Halloween

Pamela Anderson has drawn condemnation after posting two scantily clad images on Twitter of herself wearing a feathered headdress for Halloween. The tweet shows the B.C.-born actress posing in two black-and-white photos. In one, she's on staircase glancing over her shoulder, and she's pulling the front of the headdress over her eyebrows.

Pamela Anderson is unmoved by critics who labeled her 2019 Halloween costume as racist. Anderson, 52, posted two black-and-white photos of her skin-baring ensemble: The Playboy model sported a large Native America feather headdress, face makeup and a white thong, and instead of a shirt, her chest is masked only with white paint.

This is the first time I've felt sympathy for the incarcerated: Pamela Anderson wants to turn Canada's jailbirds into vegans. A few hours before Halloween was all but rained out - what am I going to do with all this leftover candy?


T.I. Said He Goes To The Gynecologist With His Daughter Every Year To "Check Her Hymen"

Rapper and actor T.I. said in a podcast interview that aired Tuesday that he goes with his 18-year-old daughter to the gynecologist every year to "check her hymen" and make sure it's "still intact." In an interview with Nazanin Mandi and Nadia Moham on Ladies Like Us, T.I.

Mild out the door this morning with temperatures in the 40s. We will climb to near 60 today with mostly cloudy skies and a 30% rain chance.

The home of social justice!

I like Pam and she is dead on the money about Julian Assange.

They are going to kill him, just like Epstein.

Pamela can wear or unwear anything she wants.

Imagine a black caring about a womans virginity,comical

Vegan in prison. Might be a better deterrent that incarceration itself.

Pam claimed to have barely escaped a Motley Crue of semen!!!

Pamela Anderson is proof you can screw your way to fame.

^^^ The same could be said for all three Mrs. Trumps, a couple of strippers, many Hollywood "actresses"and even a chubby little White House Intern several years back. Whoredom has worked for centuries!