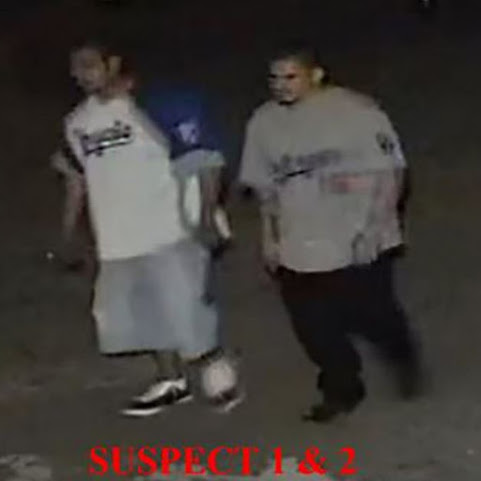 A mass shooting in KCK has resonated across the nation but there has been little progress identifying the culprits until now.

In the comments there's some debate about immigration status given the Latino background of the slaying -- TKC Opinion: Mexicans almost never wear Royals gear and usually don't hang out at KCK mainstream bars . . . More likely this incident has homegrown Latino community roots.

KCK POLICE SHARE THESE PIX OF BAD HOMBRES THEY'D LIKE TO TALK WITH ABOUT THE TEQUILA BAR MASSACRE!!! 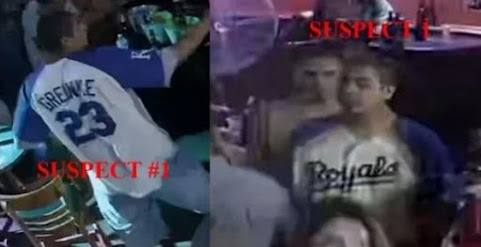 "Kansas City, Kansas police have released surveillance photos of the two possible suspects related to an early morning shooting Sunday that killed four people and injured five others . . . Preliminary investigation reveals that an earlier dispute occurred inside the bar which lead to the shooting. The suspects were armed with handguns and fled the scene, according to police. 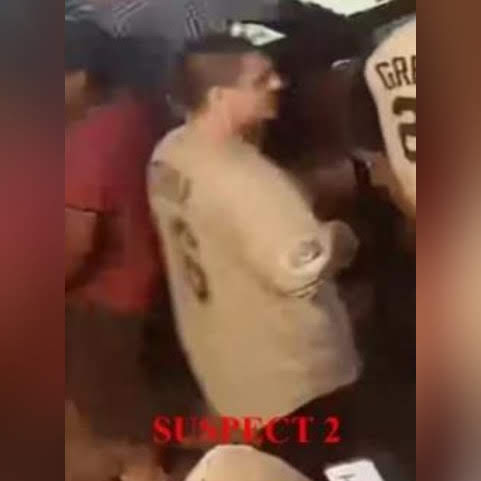 Probably at the border going the wrong way by now.

They do not appear to be white Hispanics, so they can't be guilty.

Why should the blacks have all the fun ?

They sure as fuck look like Mexicans. They cut their hair like retards, anyway. That’s what Mexicans do. You can see the print of a gun in the third photograph.

Almost restored my faith in humanity finally a couple of wetbacks shooting it up. If it was a couple of white guys there would’ve been nine dead. The niggers can’t shoot straight and now Iknow the specs can’t either

Grown men wearing sports jerseys are to be avoided at all costs.

Royals fans they are!

This is gonna break the media's hearts.... The "all 4 victims are Hispanic" part in their reporting make it seem they're hoping like hell it was racially motivated.

They will classified as white in the FBI crime stat.s.

I like how they immediately call for gun control instead of Mexican control.

According to a reliable friend these people have become well known pest and frequent truble makers in the area of 635 and Metropolitan Ave.

Thus highlighting the failure that is the Trump administration's ICE, immigration and deportation policies.

He hasn't even identified KCK as a sanctuary city. Fail, fail, fail.

How does CNN get this on air and online before all the local outlets??? Is there anyone staffing an overnight desk here?

Kansas City, Kansas (CNN) One suspect in the Kansas bar shooting that left four men dead and five people injured has been arrested and a second suspect has been identified, police said.

Police are searching for the second suspect, Hugo Villanueva-Morales, 29, and said he is considered armed and dangerous.

Both have been charged with four counts of murder in the first degree and their bonds have been set at $1 million each, the release said.

One down, one to go.

Javier Alatorre was taken into custody late yesterday afternoon (10/06) near the 2600 block of Quincy Street in KCMO with the assistance from the FBI, ATF, and KCMO PD.

Hugo Villanueva-Mrales is still at large and should be considered ARMED AND DANGEROUS.

Kansas needs to be turned into one huge Mexican reservation.