First, a glimpse at a hopeful declaration . . .

"Resolved, The City Council of Kansas City declares a climate emergency and calls for an immediate emergency mobilization to restore a safe climate."

Tragically, after a week the effort has only garnered about 8 online signatures.

To be fair, it's more entertaining than talking about potholes and water main breaks . . . Here's a few of the top links from "many side" on the topic . . . 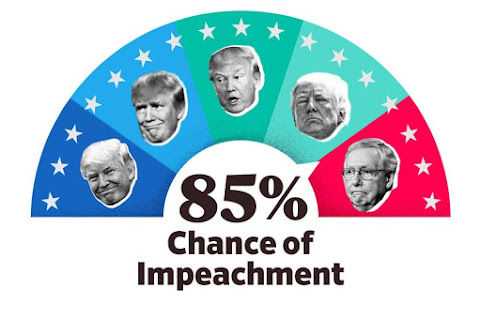 Roll Call: After ‘Lock him up’ chant against Bidens, Trump slams Democrats for impeachment ‘crusade’

Hill: Trump impeachment efforts will haunt the next Democrat in the White House

CNN: What Nixon's impeachment saga teaches us about Trump's 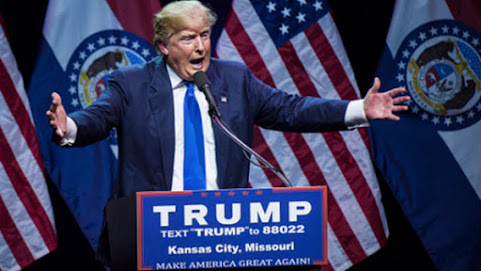 WILL PREZ TRUMP SURVIVE THE 2019 ONSLAUGHT OF THE DEMOCRATIC PARTY & SOCIAL MEDIA HATERZ?!?

Count on it. Old Republicans have been looking for a reason to stab him in the back since the beginning. His political fate was sealed after he lost the House.

^^^^ The polls also said he would never win the Presidency.

^^^^ Polls were right. He lost the popular vote.

Anybody who thinks he’s getting impeached is only kidding themselves, you clowns have even started hating Ellen degenerate because she wants to find common ground, If you people could only see how stupid you look.

Trump will not only survive impeachment but he will win both the popular vote and the electoral college in 2020. In the end he's the only candidate who can promise to keep us out of another endless war and now he's got the record to prove it. That's important to a lot of people in Kansas City who are both Democrat and Republican.

The culture war stuff is just a distraction. The only choice facing voters in 2020 is war or no war. It's sad to think that the Democrats are pushing another military conflict on their constituents who don't even realize it.

Wake up and realize these folks are out for blood. You may not like Trump's style and his attitude but it's a lot better than a crusade!

^^^^^ Pretty decent comment at 8:45! A lot of Dems are just power hungry and need somebody to hate.

Pocahontas have to findum other scalp to takum.

Usually I don't turn on the heater until Halloween. This year it looks like it will be Oct. 10. What happened to global warming?

White people are so darn dumb for ever electing a con artist to be president of the US. The country is going to the dogs with white people in charge. Bunch of screw ups.

Get blankets! Trump gonna turn off yo heat.

Remember Democrats are over polled BY eleven percent. The Media including FOX IS trying to influence the Election .They want the public to believe most want the DONALD IMPEACHED .AND REPUBLICAN,Senate, will turn on Him So They can Be re-elected .

Trump's choice on Syria is his one way ticket out of office. It's bigger than this politics b.s.

Wilbur: My God Martha! What happened to all that Global Warming talk? I remember when Al Gore started all that B.S. with his Inconvenient Idiocy.

Martha: Settle down Wilbur, and it's not called Global Warming anymore, it's Climate Change dear.

Wilbur: Climate Change? Well of course the climate changes! It changes every day, throughout the day. I tell you, the world is going to Hell. Are you listening Martha?

Martha: Yes, dear. But the world going to Hell would be Global Warming wouldn't it? Wilbur?

^^Congratulations you're stupid. You people never seem to consider the Southern Hemisphere.

Trump is allowing Turkey (Muslims) to commit genocide against the Kurds (Christians).

Oh, & the Kurds did fight in WWII, just not as a nation, since the British Diplomats didn't think they deserved sovereignty (but those of us who care know where Kurdistan really is, & will be one day.)

Anyone who negotiates anything with America is a fool.

We break ALL treaties & alliances (This time because there's a Trump Tower in Ankara.)

The next time terrorists attack us, the rest of the world will say, "America First, Assholes!)

^^^^ Byron you were shamed last night. I read that comment where somebody demanded you bow down to the President and beg forgiveness, it must have gotten to you because you limped away like a hurt dog. I see you're back now.

I'm no Trumper but I must say that your reasoning alienates you from most people.

Do you have a favorite Democratic candidate in the 2020 election? I just want to know who I should vote against.

It amazing how many geezers don't understand the difference between weather and climate.

^^ha! Hilarious!! So true!! Geezers are so dumb...so dumb! I mean they back Trump and he shits all over them and they love it!!!

Dumbfucks on TKC questioning climate change because it's cold out and they read something on Breitbart. In other words, just another day.

Also, tony needs it too as you can see he posts one impeachment story a day for easy views/comments. It's low hanging fruit.

Trump is going to win easily in 2020. Most conservatives are hoping for impeachment too because it will rally the base further and ensure a GOP sweep

^^and yet he will be impeached and Dems win everything in 2020. Weird.

I know this sounds stupid but I kinda agree with 9:28