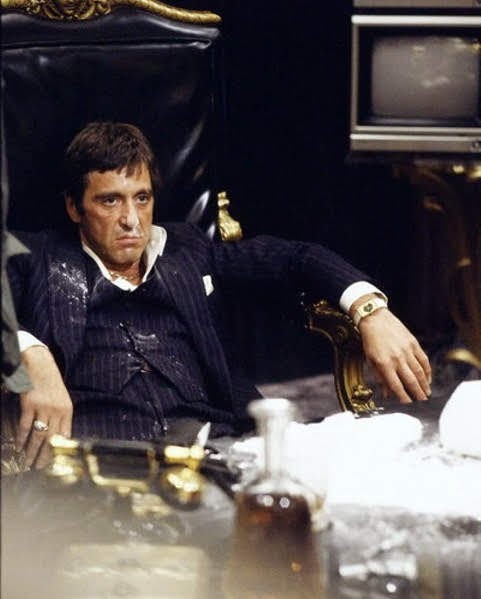 Most Kansas City journalists have already forgotten that earlier this year federal authorities warned locals that drug dealers have set up shop throughout the metro.

Accordingly, what we've seen over the the course of 2019 is escalating violence in Kansas City that is largely powered by the drug trade.

The cover stories provided by law enforcement mostly focus on their success in locking up and convicting suspects but the scope of the problem is global and rooted in an illicit international trade which persists despite the best efforts of police and the Feds.

Blame illegal immigration or the insatiable American appetite for illegal drugs . . . It doesn't matter because neither political debate will have much impact on deadly trade that has claimed a growing number of lives.

In the meantime, Kansas City "news" can pretend that deadly shootings stem from barroom disputes whilst video evidence shows us killers stalking their victims with workman like precision in what are obviously calculated moves. The end result is the same. All of it contributes to a growing level of brutality and violence throughout the metro area.

A RISING LEVEL OF KANSAS CITY MURDERS ARE A DIRECT RESULT OF DRUG TRADE RIVALRY!!!

The KCPD Chief clumsily attempted to make this same argument but his advocacy confused the idea of "reefer madness" with more relevant drug gang disputes mostly over money.

And so, as locals bury victims of a conflict that's largely unnamed, the only thing we can be sure of is that continued disputes over illegal drugs and money will claim lives among both the innocent and those more closely connected to the deadly business.

don't write off immigration so quickly. the entire issue of smuggling and security is a big part of it.

been going on for years actually. look back at the 93 killings and the same kind of conflict between gangsters was taking place.

Casual drug users only make the problem that much worse.

How much failure can Trump continue to generate?

The failures just keep piling up.

^^^^ Won't argue that at all. I wonder if he regrets or even remembers the promise about stopping all crime "on day one."

Same promises made by every president since Washington in one way or another. One man cannot do it, duh.

Shouldn't be a problem in KCMO and Jackson County.
The COMBAT program for years has generated over $20 million/year to address drug crime and treatment.
And all the money has been spent.
Perhaps yard signs, picnics, and salaries and vehicles for county employees doesn't have any effect on the drug problem.
Perhaps it's just another example of incompetence, upside-down priorities, lack of moral courage, and avoidance of responsibility on the parts of elected and appointed "officials".
Perhaps the taxpayers of Jackson County should be relieved of the $20 million annual burden of the COMBAT tax.
Any "leaders" at the county courthouse?

I don't recall Obama, whom I voted for once, doing a hell of a lot in getting rid of the drug problem. At least Trump tries hard to do what he said he would like to do, but the Dems and the RINOs have stopped him from getting a lot of traction. We need more real Republicans in the House.

^^^^ because Obama was a drug user himself.

There has more or less been a drug war in this area for years and years. It was just another one of those things that was kept hidden from the masses and the local media choose to ignore.

Barry promised but renigged on very many HOPE & CHANGE lies for 8 years:

To eliminate taxes on seniors with income under $50K

To make it easier for workers to unionize

To prevent corporations in bankruptcy from giving bonuses to executives

To eliminate the gas and oil tax loopholes

LOOK IT UP! The BARRY'S failed promises list is VERY LONG!!!

^^and yet Barry's not the current president, hasn't been the president in three years. and isn't relevant today's drug war. What you're doing is called deflection, and it's a loser's lament. Trump owns it now Sorry, not sorry. Weird.

Chimpy getting riled up early today! Bananas must have come early.

STFU! Your supposed to be pushing and promoting Streetcar Donuts and Coffee!

^^and you're supposed to be getting your diaper changed before Matlock comes on, so hop to it or no Matlock & no tapioca for you!

I thought everyone already understood this.

Don't confuse the refugees with the drug smugglers. The refugees are victims of America's desire for drugs, too. Refugees cross the open borders, while smugglers come through the ports of entry.

The wall is simply victim blaming.

You fucking lowlife bigots didn't you get the progressive memo....Cartels are a benefit of DiVerSitY that enrich our otherwise boring white culture.

Fuck you Byron they are drug smugglers.

Quit talking about bad stuff. We have a shiny new airport on the way, toy train and its pending extension, P&L fun, flooded Courthouse, MLK Blvd, missing COMBAT funds, Crossroads fun, wonderful fat on the take reverends, Plaza fun, Chiefs fun, Royals fun, diversity, new bike lanes, LGBT folks, great new property taxes to help our great school system, and last but not least Chimpy and his lobotomy, and on and on. And fon't forget to turn on the news to see the latest numbers. Everything's up to date in Kansas Shitty. Thank you democrats for the good stuff!!!!

^^^^You damn right we do!!! I don’t sell or do drugs, and I’m not a young black male, so KC really is a terrific place to live, work, play, and raise a family. I fear nothing, go wherever I want, do whatever I want, and have never ever had a problem anywhere. Sorry, I don’t subscribe to the narrative, you do because you’re old & dumb. Thanks for noticing!!

Yay! Chimpy is back to Matock and Tapioca! Perform for us, dumb monkey! Lol

Chimpy! You live in the zoo and eat bananas! Stop pretending you don't live in a cage lol

All the killing worldwide over drugs. Just so some sadsack can get a chemical induced happiness for a few minutes. Their happiness is YOUR death. In Mexico, phillipines, USA, and China...…... how stupid. If your unhappy, drugs will not change that. Its only masks it. Prosecute drug users to fulest extent as they cause the demand for drugs.

Caption on Pacino's picture, after reading Byron's dreary, incessant, sanctimonious, bootless cries to heaven in support of the destruction of the entire country.

Downtown is addicted to TIFs.... just say no is unheard of.

Its an odd thing, these killings, As they are basically Catholics killing Catholics. I read the obits. 97% are Catholic. Does not belonging to the same religion mean anything anymore. If not, then the Catholic faith is just something trivial, like the brand of car you drive.

Thanks, Chuck @10:53, for clearing things up - I thought the top photo was a shot of Rudy Giuliana after he found out his two bagmen had been arrested trying to skip the Country.

Obongo's wide-Open door policy to So Called Refugee(children)lol and Democrats doing their advertising all over south of Boarder Radio, built that.....Just like the hillary-won Anti-American Democraps needed votes while Doofus Republian's did nothing.

Do you think a President can stop Drugs and Crime. Give them books send them to school and they still become socialist and Communists. This is the plan of The NEW WORLD ORDER. To send illegals in and to divide the Country. And they will take over. They want most of America on drugs. In debt and you will be there slaves. And the Main stream media is helping. The World order and the Democrats and neo consider Look the Coup on a President .THE DEMOCRATS HAVE committed many Crimes as President And The Republicans as well, But they were a part of the Deep State. You don't impeach a President that is part of the good old boy network.

A president can't fix it? That's not what we have all heard since Trump started campaigning years ago.

Trump said he alone could and would stop it.

Then the geezers here cheer him on despite his continued failures. The MAGA people are as riddled with dementia as Trump.

They live mostly in apartments along 75th between I-35 and Quivira.

Solves nothing and only makes the problem worse. Pot is a gateway drug and anyone who studies the issue knows this. Legal pot means more readily available pot and kids get it more easily. It’s harmful to adults, makes them slower and more stupid, but it’s more problematic for developing brains.
(Now I’ll stand back and wait for the insults to fly.)

Byron, your parasitic imbecile. Smugglers do not just use ports of entry. They use young men, 15 years old sometimes, to come up from Nayarit, Mexico and other big heroin areas. They pay coyotes to get them across the border and they smuggle drugs across the border. They set up networks in mid-size and large cities with the boys, driving around in older cars, carrying small amounts of heroin in small balloons in their mouths so they can swallow it if they’re stopped by cops. They do all business by burner cells and pagers, delivering dope to clients, giving out free samples and rigs to get people started on smack to get new addicts for repeat business. The kingpins of these operations are older brothers and uncles and fathers. And they come mostly from Mexico but they’ll take anyone who can drive and will sleep on a crappy mattress in a bare apartment. These aren’t refugees. These are illegal aliens who are building our heroin and opiate problem to record heights. They’re from small villages, former sugar cane farmers tired of field work who figured out there’s money in them there poppies. So don’t act like everyone who runs, walks, or crawls across our southern border is a refugee to be pitied and fed and clothed with our citizen’s tax dollars. We’ve already got plenty, in fact too many, citizens (like you) on the dole. We can’t take in every person from a country that happens to be crappy. And we sure as hell need to keep out the ones coming in with drugs. Build the damn wall but better yet, fund ICE and start treating our border patrol officers with the respect they deserve. And they deserve a lot.