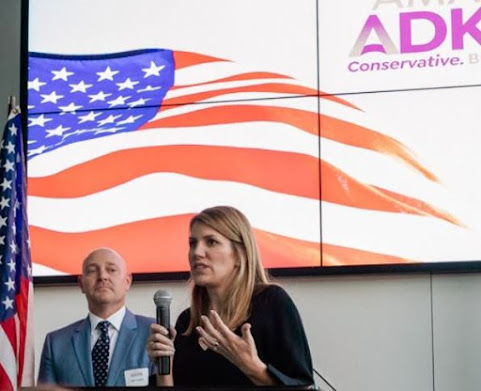 Right now we celebrate TKC FIRST NEWS regarding a notable campaign development which impacts our feisty Conservative Golden Ghetto pals and their hopes to reclaim a community that has recently experienced a progressive Renaissance . . .

Adkins Raises Over $290,000 in Congressional Race

“I’m encouraged by the campaign support I’ve earned from Kansans,” said Adkins. “As the only businesswoman with extensive healthcare experience and a mother, I’m dedicated to fighting Washington’s dysfunction and delivering results for Kansas families.”

Adkins will file her first fundraising report to the Federal Election Commission on October 15, 2019 with totals in excess of $290,000. Since launching her campaign only three weeks ago, Adkins has met with, spoken to, and gained the support of hundreds of supporters throughout the district.

Adkins is Vice President for Strategic Growth at Cerner Corporation, the area’s largest employer and a global leader in healthcare innovation. She is the former chairwoman of the Kansas Republican Party, where she achieved unprecedented election success while serving two terms from 2009-2013. In 2010, she delivered a “clean sweep” for the Republican party, electing Republicans in every statewide and federal office across Kansas . . .
##########

WILL THIS CASH BOOST HELP PUSH THE LADY POLITICO AHEAD OF A SURPRISINGLY SKILLFUL REP. SHARICE DAVIDS?!?!

Even her harshest critics should give the newbie Kansas politico a big of credit for walking a tightrope amid impeachment drama while most of the Democratic Party is starting to resemble an unruly mob. 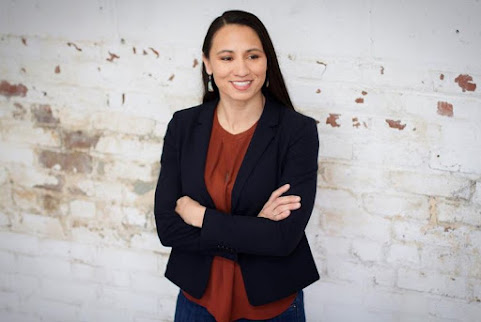 Good for her, if she's bringing this kind of money to the table. You know she's serious. Much more so than the barbie also running as a Conservative.

I wish her well, but please don’t patronize us with the “I’m fighting Washington” bullshit. If ever there was an immovable rock of slim it’s washington DC

Davids is toast and her going against Trump will haunt her reelection big time. Look for a huge difference in the voting the number who vote in 2020.

Yup I agree Davids is toast.

everyone knew davids was a one termer anyway

Davids is toast and will be remembered as a one termer who accomplished absolutely nothing. The only reason Davids was elected is because she ran against Yoder who was heavily affiliated with Brownback/Kobach who were both disasters for Kansas. She basically won an election that anyone could've won.

"Progressive renaissance" is an oxymoron, at least as those two words are used today.

Probably has KS side developers plundering KCMO behind her.

6:57 said, "he only reason Davids was elected is because she ran against Yoder who was heavily affiliated with Brownback/Kobach who were both disasters for Kansas."

So how is Adkins (who managed Brownback's successful U.S. Senate re-election campaign in 2004 and was Kansas Republican Party chairwoman when Brownback was elected governor in 2010 and later chief adviser) any different or better?

You said it yourself. Brownback was disaster and she was 100% in for his policies. Brownback's cronies got lots of tax cuts, which is how she raised so much money. Swampy pay to play shit. She can conveniently leave his name off her website to hide her past, but the stench remains and voters know it.

Sorry but the only thing I know for certain is that if it diphitz on this blog are for her then she probably doesn't have a chance.

Don't you guys remember when you said Sharice couldn't win in the first place?

Rep. Davids going to be getting money from across the nation for her campaign. Whereas this woman seems nice but doesn't really have charisma or any kind of national infrastructure. Traditionally Republicans hate giving to female candidates and they let them swing out in the Wind on their own. Even worse the brown back contingent of the party is weak and even more out of favor than the alt right. I think it's a miracle that she raised this kind of money in the first place and that's why she's sending out notice of it. I compliment TKC for presenting an alternative perspective but she's barely a serious contender and I say this as somebody who consistently votes Republican.

Jeez - could this average piece of JoCo trim BE any more white? far as I can see, that's her only distinguishing feature...

All my ancestors dug holes with sticks to shit in.
Then the colonizers showed up.

I live Missouri and I want to contribute to her campaign. Now can the Republican get someone to run against Cleaver.

Sharice's groupies are already all upset with her because they actually thought she was going to go to Washington and do EVERYTHING they wanted and she promised.
Of course, she's a freshman member of Congress from a small insignificant mid-west state that regularly votes Republican in national elections, so even the Democratic leadership couldn't care less what she thinks or wants.
And now those same groupies are just figuring out that Sharice has already become one of THEM.
Swamp creatures who talk out of both sides of their mouths and will say pretty much anything just to get out of the room.
Not only is she not doing EVERYTHING they wanted.
She's not doing ANYTHING.
Time to grow up, groupies!

Adkins is smart , well informed , knows the SYSTEM and how things work and get things done . She will be a great representative for my district . Davis has done nothing but comment as directed by the liberal radical democrat morons . All of us who live in Johnson County who want true representation of us , our families and values should support Amanda Adkins !!!

Davids will kickbox her ass.