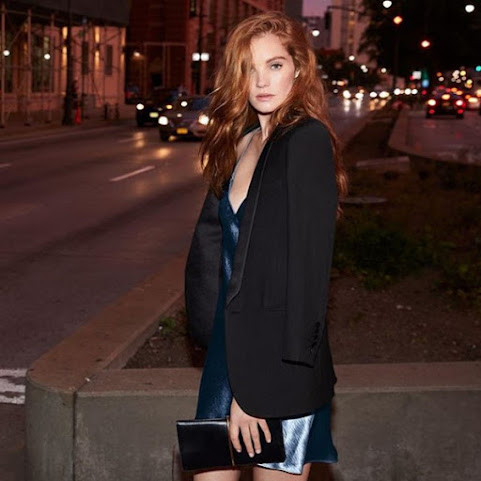 Once again we start the morning with pop culture hotness and a peek and the rapidly evolving panty game. Checkit:

Bloomberg: Victoria’s Secret Could Be Liable for Speaker Blast in Store

KANSAS CITY, Mo. - Kansas City, Missouri, police are investigating a series of appliance thefts from homes under renovation and for sale. The thefts are spread across the city and cost developers, like Paul Wenske, thousands of dollars. "It's kind of the ironic downside to redevelopment," he said.

There are about 48 hours between leaving work on Friday and the time you start thinking about work once again on Sunday night. Weekend Possibilities is your roadmap for food, drinks and fun for the perfect Kansas City weekend. 5 - 7:30 p.m.

Kansas City, MO - The North Kansas City School District has purchased side by side retail space, formerly Hobby Lobby and Price Chopper at 64th Street and Antioch in Gladstone, to consolidate their pre-K program. Rochel Daniels, assistant superintendent of organizational development with the district says the renovation helps both the community and the district.


Tupac's sister comes to KC to slam city's violence and some poetry, too

KANSAS CITY, Mo. -- Tupac Shakur's sister is in Kansas City to try to stop the violence. "I'm a 40-something African-American woman in America. Gun violence is like my cousin," Sekyiwa Shakur said, sitting in a clothing store at 18th and Vine Thursday. But it's her brother's murder that affected a generation.

OVERLAND PARK, Kan. -- After a crash on Thursday injured four elementary school children, residents are condemning the intersection where it happened, calling it dangerous. Overland Park Police said a driver ran a red light at 87th and Grant on Oct. 24, causing a chain-reaction crash.

What began as a two-alarm blaze this morning at the Healing House facility at St. John & Elmwood thankfully turned out to be a very minor fire in a rear stairwell. Authorities believe someone smoking under the stairwell is the cause. Damage was confined to a small stairwell in addition to the building.


Temps will climb into 50s for Friday

Hide Transcript Show Transcript OBVIOUSLY THE SNOW IS GOING TO STAY TO SOUTH BUT RAIN SHOWERS STILL A POSSIBILITY. BEFORE THIS EVENING LOOK AT THAT FORECAST 47 AT 5:46 AT SIX O'CLOCK AND STAYING IN THE 40S. SO NOT DROPPING MUCH BECAUSE OF THE CLOUD DECK KIND OF ACTING LIKE A BLANKET KEEPING US A LITTLE WARMER IF WE HAD CLEAR SKIES.

Walk of shame already starts on Friday. Now we really are a big city. MOMENTUM

They’re’s a clothing store at 18th and vine? No wonder they be shooting up the place so much!

Congratulations to the NKC School District!

Just think, since it has a much larger budget and much smaller student enrollment, the KCMO School District would have the money to do this sort of thing or even a more elaborate and effective Pre-K Program if they could only spend less on "Administrative Costs"!

Shame they've re-purposed themselves as a "Jobs Program for the politically-connected" instead of remaining an organization dedicated to Education.

The Federal Reserve promotes pumping up the economy!!!

Johnny Dare puts on a kickass display at his house for Halloween.