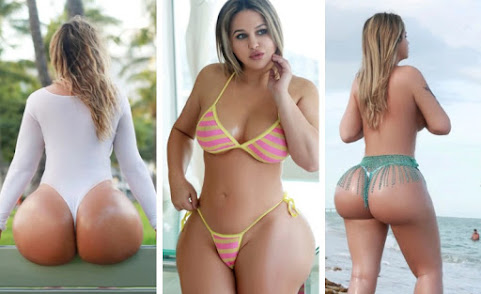 Fox News: Shepard Smith steps down from Fox News: 'It’s been an honor and a privilege'


Look out! Risk of hitting a deer rises during whitetail mating season. We're in it now.

Kansas City, MO - Deer mating season is a time of year that increases the risk of collisions involving vehicles and the lovesick animals. October and November are the most active months for accidents between motor vehicles and whitetail deer, according to a recent report from the Missouri State Highway Patrol.


Man pushing to have vegetable garden in front yard

BLUE SPRINGS, Mo. - One man is fighting back against the city of Blue Springs, Missouri. A city ordinance says people can't grow vegetables in their front yards. The code has been on the books more than 20 years, but the city issued its first violation just this summer.

People still have things to say about "Moby-Dick," Herman Melville's 1851 novel about Captain Ahab's obsessive and dangerous hunt for a great white whale. "I was expecting, like, a tedious and masculine slog through this sea-faring adventure, but there's so much more going on in 'Moby-Dick' about gender and language and humor and American identity," said poet Danny Caine, who owns the Raven Bookstore in downtown Lawrence.


Missouri River Will Remain at High Level Into December

The lower Missouri River will remain high into December because of the large amount of water being released from dams into the river. The U.S. Army Corps of Engineers says the amount of water being released from the Gavins Point dam on the Nebraska-South Dakota border will remain at a level more than twice what is typical for this time of year - 80,000 cubic feet per second - into mid-December.

The Other Kansas City Royals

RACHEL: IF YOU HAVEN'T MADE IT OUT TO THE KC RENAISSANCE FESTIVAL YET, YOU BETTER MAKE YOUR PLANS, BECAUSE AFTER THIS WEEKEND YOU'LL HAVE TO WAIT ANOTHER YEAR JOINING ME NOW IS JANET KEITH, THE VILLAGE APOTHECARY AT KC REN FEST SHE BROUGHT A BUNCH OF PROPS WITH HER. LET'S START.

Tom's Town Distilling Co. is going all in on embracing Kansas City's Prohibition-era past at its Crossroads Arts District building. On Thursday, Tom's Town held the grand opening for a new space in its facility at 1701 Main St. The space, previously know as The Vault, was redesigned and renamed the Pendergast Lounge for Prohibition-era Kansas City political boss Tom Pendergast.

DEGREES. STILL BREEZY FOR THE FIRST HALF. CLEAR SKIES WILL CONTINUE. ON OUR WAY DOWN TO THE 30'S LATER ON. LIBERTY AT 33. AND 31 DOWN TOWARD THE SOUTH AND CLINTON. A FREEZE WARNING, THAT INCLUDES EVERY SCENE. 63 TO DEGREES -- 63 DEGREES. A CHANGE OF SOUTHWEST WINDS.

My Big Dick.. The return of Moby!

Ignore DE azz at ur own peril.

Not my type. Granddad said NEVER go with a gal that wore bigger britches then me. BUTT !!!! if you do NEVER let your friends find out...

Once I get my medical card I will be growing my 6 plants in my front yard, the state law says where you grow must be locked up, which it will the cage I will put up around my pot plants will have a lock on it and weed isnt a veggie so Fuck Blue Springs and that stupid ass veggie ordanance ordinance!

It didn't freeze last night. These clowns couldn't call a kid to dinner without messing things up.