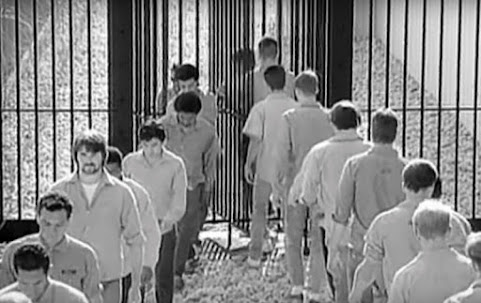 First a bit of perspective as we slouch toward 2020 election season . . .

"Revolving Door" was a famous negative television commercial made for Republican nominee George H.W. Bush's campaign during the 1988 United States presidential election. Along with the racially-charged Willie Horton ("Weekend Passes") commercial, it is considered to have been a major factor in Bush's defeat of Democratic nominee Michael Dukakis. The ad was produced by political consultant Roger Ailes with help from Bush campaign manager Lee Atwater, and first aired on October 5, 1988. "Revolving door syndrome" is a term used in criminology to refer to recidivism; however, in the ad, the implication is that prison sentences were of an inconsequential length."

At the time Prez Reagan had lost most of his political capital in the Iran-Contra scandal and was only admired by a small minority of strident loyalists.

VP Bush was bland political nobody with only an ominous C.I.A. background. Nevertheless, capitalizing on racial identity politics and confronting an even more boring and shorter opponent . . . The Bush Dynasty earned an impressive election victory.

Brief TKC aside, the only highlight was Lloyd Bentsen rhetorically slapping Dan Quayle in public.

And so, with the past as prologue . . . Take a look at Kansas City authorities taking a beating from Missouri Republican officials . . . 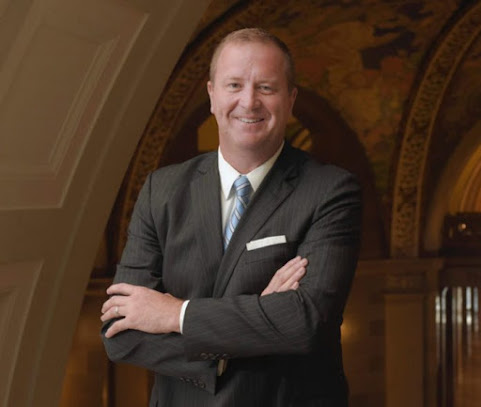 "Three prosecutors from the AG's office have been designated as special Assistant U.S. Attorneys in Kansas City.

"They will focus on charging felons in possession of guns, carjackers and other violent criminals in federal court, where they're more likely to spend serious time behind bars, instead of getting released back on the streets because of jail crowding issues.

"Already, the extra prosecutors have resulted in a dozen federal indictments in the last six weeks.

"Attorney General Eric Schmitt says he expects to get 100 bad guys off the streets every year through this effort.

""That is one of the challenges that we are facing here in Kansas City is that criminals are being put in jail and then let out," Schmitt said. "That can’t stand. That’s not a solution to the problem.""

Meanwhile, lack of KC jail space and judges are also taking blame for the uptick in crime . . .

Rage against the "prison industrial complex" and efforts to champion so-called "restorative justice" have subsided amid a deadly Kansas City crime wave wherein even the most callous talk from authorities is earning support as the public wants violent offenders locked up.

^^^ hehe. Good one dumbass. Too bad that building more prisons hasn't worked in the past.

If you don’t want criminals released, get rid of the most worthless prosecutor ever, Jean Petersucker Baker.

Democratic City's and States are The most dangerous and corrupt politicians. It's great to see the Feds,stepping up.

Democratic RUN CITY'S. VOTERS WAKE UP. IT'S your community

Asshole judge let accused guy out on own recognizance, against prosecutor's advice, on Sept 9th. Then, the other day he goes to Tequila Bar and shoots 9 folks.

Don't hear about it on the news.

As more and more pressure is exerted on Law Enforcement to look the other way when crimes are committed - especially by minorities and cops are more and more vulnerable to termination and prosecution for what used to pass as normal when it came to bracing probable offenders, YOU will be responsible for defending yourself and your family from the many freed felons who roam the streets with impunity.

In a Democrat City, like Kansas City, the black felon who grabs your wife's ass down at Westport, The Crossroads, or, any entertainment district grabs her ass with the permission of Progressives who run the city and if you resort to violence to protect her, you will be jailed, slandered as a racist and if lucky, just have to pay a fine. If unlucky, you will do a stretch in prison for assault on one our beloved "Protected Class" "Gentle Giants".

The Rule Of Law has now deteriorated to the point, where any violent conflict with a non white person, immediately becomes a cause celebre for local and national "Activists" who, in conjunction with gelded law enforcement and judges who seek redress for "Slavery" will punish you for the ex post facto sins assigned to you by the Progressives in charge.

Your "Privilege" will actually be a factor in determining whether or not the offenders/oppressed minority who grabbed your wife's ass engaged in said behaviour, because of "Institutional Racism" that you, as a white person, are responsible for, by virtue of being white. Sure, only 2% of white people's families ever owned slaves almost 200 years ago, but hey, your wife has a nice ass and you should expect that some type of retroactive payment for slavery should be your bill to pay. Your "State Of Mind" will come into play and you will be accused of once watching "Gone With The Wind" and the perp, will be given the keys to the city and your wife will be scolded by the judge for denying access to her ass.

This is how the new justice system in the New America works.

If you are living in a Democrat City, your exposure to out of control criminals and a Law Enforcement System that is now more interested in Social Justice than actual Justice.

We are dead, in black on white hate crimes that no one talks about anymore, because we were white.

Which liberal fag judge was it?

A local judge (who was nominated by Democrat Jay Nixon) had released
the now murder suspect of four people at the KCK bar back in Sept. This is what happens when Democrats who are weak on crime get to nominate judges.

He forgot to mention her flat ass.

Indian Creek Hate Crime Victims (aka Chuck Lowe), if that is really your view, you are fucking insane.

It was just an excuse to lock up homeless who couldn't afford a good defense attorney.

Any other brilliant ideas from the Republicans?

^^^^^ or just lock the door to your trailer, turn off the internet and don't ever talk to anybody again. Then you'll be safe and we'll be better off.

@5:04 Ohh Well. Just let the lawless Basturd's run the street and don't forget VOTE Democrat ..... While they take away your 1A and 2A and ladies you can run to your nearest abortion clinic if you get raped. No worries...just don't forget vote democrap we don't need no stinkin Wall they don't work either.

4:59 Does that mean we are still alive and a black serial killer didn't shoot us?

This is a PERP a trashun by da man!

Yes chuck that's what it means. Whatever you say.

Chuck rules! Get over it losers. Almost 3 years of whining. Stick a rainbow tampon up your ass and chew on the string.

It's so amazing. You mock Chuck, you attempt to discredit him, but you never have a single actual counterargument. He wins in a walk every time.

Sure. Attack crime where we know it exists.

You guys have mini strokes when that's suggested though.