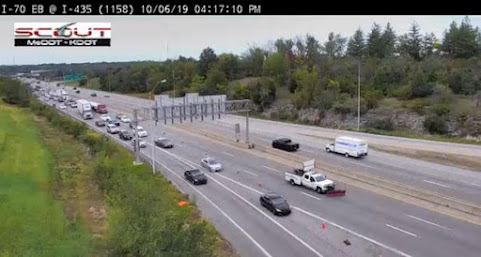 To be clear, we don't blame newsies for this coverage that's accurate . . . But the context and juxtaposition offers a glimpse of local priorities and how Kansas City really isn't serious about curbing deadly crime.

All eastbound lanes of I-70 have been closed at I-435 after a shooting victim was found dead in a car following a wreck on I-70.

Authorities were originally called to I-70 eastbound at Sterling Avenue at 3:05 p.m. to investigate a crash. When they arrived, authorities found one person in the car involved, and that person was dead as the result of an apparent gunshot wound.

KCPD is redirecting onto southbound I-435 and Chiefs fans are being advised accordingly. 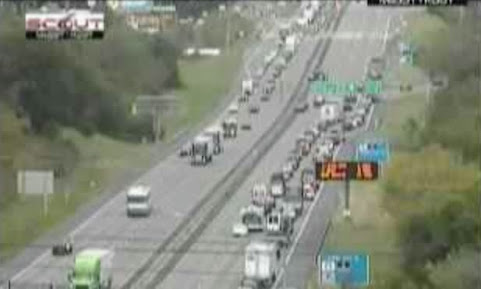 This is the 113th KCMO homicide so far compared to 101 at this time last year.

KMBC: Eastbound I-70 CLOSED at I-435 due to homicide near Sterling

Fox4: Eastbound I-70 at I-435 closed near Arrowhead due to deadly shooting

Hope he wasn't a Chiefs fan.

As the communist red star would say, it’s not murder, it’s a revenge killing.


Well the commie Obama would say it's work place violence not to worry, no big deal.

The Chiefs lost. Probably connected to the game. But don't worry, the Chiefs will get all the way to the super bowl. And then lose.

KCPD debated the options to push the car outside of the city limits... Cannot add to the Kansas City MO numbers.