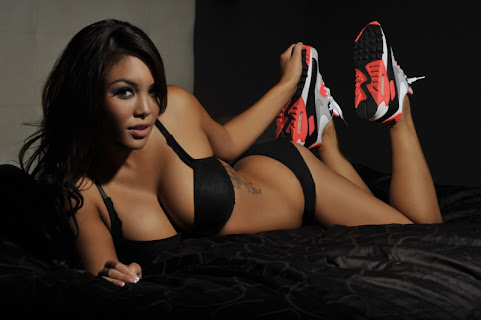 This morning we offer a quick reality check and the only real ALTERNATIVE to so many Saturday morning newies and their fake smiles . . .

REAL KANSAS CITY, MO RESIDENTS HATE THE MARATHON AND WANT IT MOVED TO THE SUBURBS WHERE ALL OF THE PARTICIPANTS LIVE ANYHOOO!!!

SUBURBANITES RUNNING FROM THEIR LIVES OF QUIET DESPERATION REPRESENT NOTHING MORE THAN PRIVILEGE, SUPREMACY AND A HORRIBLE IMPOSITION ON PEOPLE WHO REALLY LIVE AND WORK IN THIS KCMO!!!

Yeah, it's supposed to be for a good cause but this event is mostly just another occasion for the JoCo middle-class to see and be seen by their colleagues. They could just write a bigger check and be done with it.

JOCO WOULD NEVER ALLOW HUNDREDS OF KCMO INTERLOPERS RUNNING THROUGH THEIR STREETS AND STOPPING TRAFFIC ALL MORNING!!!

We love our JoCo neighbors BUT don't debate our thesis because in your heart you know we're right. . . Most golden ghetto bedroom communities are nothing but speed traps which harass their own residents . . . This RACIST (heh bad pun but appropriate because it's a race . . . Lulz.) would never happen in Leawood.

Nevertheless, we share the info and a couple of news stories on this topic in order to remind our shift worker pals and early birds that their way home or around town will be blocked this morning.

The race takes place on the third Saturday in October every year and cuts all across the city, from downtown all the way to the waldo neighborhood.

The 26.2 race starts near Ninth Street and Grand Boulevard in downtown and crosses through several neighborhoods including Midtown, the Country Club Plaza, Brookside and Waldo, ending around 75th Street.

KC Marathon Website: "Don't miss your chance to participate in Kansas City's largest and most exciting annual race event that takes runners on a tour through the coolest neighborhoods and past the most beautiful landmarks - including the World War I Memorial, the Country Club Plaza, the Nelson Atkins Museum of Art, Waldo, Westport, 18th & Vine and more!"

No go get out there and run!

Pretty sure that Kansas City residents will complain about EVERYTHING but eventually learn to love it or accept it and claim it as their own. In fact, that has already happened with the marathon. Sorry, T!

The marathon is Kansas City's curse. They need to have it at the edge of Olathe were they won't bother anybody, that's closer to Garmin HQ anyway.

There’s nothing to disrupt downtown that’s why they have it there you silly people.

KC always shows how much of a hick town it is whenever it complains about the streets being closed because of big events.

5:53, it is 26+ miles you dumb ass. What do you think they just do a hundred laps around the downtown loop? No, it winds through communities, causes massive traffic jams, hurts local business, trash strewn all over, police (tax) bill is huge. And it is only a big event if you are one of the retards running it 6:10. No one else cares.

I'm not wild about it, but it is just once a year. Thankfully there aren't as many runs as there were a few years ago when just about every Saturday was disrupted.

They better have plenty of medical personnel on standby ready to treat all of the sprained ankles/broken legs from runners stepping into potholes.


Oh really, but yet KC residents embrace ANTIFA and other protesters like the stupid walking wall and others who block traffic and create chaos.
KC residents bite the hand that feeds them, not all of the runners live here so they bring revenue into the city by way of hotels, eating out and shopping. Most of the run is over before the losers wake up anyway.

The marathon just gets my hopes up. At first it seems like 20,000 idiots are leaving the city, but then they just make a big loop and come right back.

It won't change. They have blocked off most of the city, people can't get to where they need to go, it is ridiculous. It always seems that they run this south from downtown. Why cant they run it east? There are some beautiful neighborhoods around Truman Road, Independence Ave., Benton Blvd., Prospect, Vineyard Estates.

Even Aquaman is gonna skip it today. It looks like Kevin Costner is filming "Waterworld" out there.

Awww...a bunch of fat-ass, complaining, pants-shitting, geriatric fucktards hate the marathon??? Who’s surprised about that?? You goons never ever leave the trailer park. You goons have three options with this, accept it, shit your fat, disgusting mouths, or die off.

AIDS will kill you first.

Where is Chimpy's fanboy? He's usually posted at least 30 times by now. I miss him!

Yes, White people.Run in your own goddamned suburbs. This trendy bullshit needs to end. I hope we charged them a shit load of money - but probably not since we give everything away for free to Kansans while they don’t contribute anything. This is the weirdest place to live. Kansas City gives its water to Johnson County KS at a fraction of what Kansas City residents actually pay and we give them all kinds of incentives to ruin our City landscape. They party for free, socialize for free. They contribute nothing to Kansas City Missouri but take everything. Stay in Kansas where you chose to live and host these nuisance events in your own community. Sincerely, You’re Not Welcome Here Anymore & Kansas City property owner

What exactly are they running FROM anyway??😁

Yes! Add in some LOCAL COLOR

Justene prepares to go for a long one!!!

That woman is ridiculously HOT!

6:22 nobody important lives near the route so who effing cares. If you live near it than you are the dumbass, all the smart people live far away from downtown and it’s stupidity.

Fyi: there is a Garmin marathon in the Spring and it is in Olathe. Garmin is also one of the Kansas City Marathon sponsors. With the popularity of running, the area has a need for multiple marathons.


I ran in the Macy's Marathons back in the day ..

now... several knee and back surgeries later..not sure if it was the best idea..I just stick to ellipticals and exercycles these days

11:32: And yet you seem to have no concept of where the route is and your ESL teacher has not yet taught you to express yourself clearly in English. Weird.

1:06 just stop chimpy or no bananas for you today! apparently you don't read engwish very well. I know the route exactly, downtown, 18th and niggerland, then run through niggerland on the black trail of death called mlk and over to ward pkwy. Weird.

You miss us so much, Chimpy! You cry out for our attention on EVERY post without understanding it means you accept our branding. We gave you your name, which you now accept. So funny.

Anyway, as one or another of us has tried to explain, there's more than one of us. This is in contrast to you, who loves to have whole conversations all to yourself! Stupid monkey.:)

Anyway, who wouldn't be a fan of a funny little monkey like you? And don't worry, we're definitely still here. Ready to clown suit you relentlessly and turn your sub-lame trolling into something halfway amusing. Good little Chimpy!

But ya gotta give us something to work with. I know you're lonely in that zoo, hoping that someone will come by and make fun of you.

2:13 that is some funny chimp shit right there! LOL!

It is indisputable that everyone who competes in this marathon is a raceist.

Ah! Chimpy's fanboy is back! We missed your witty repartee. Glad to see the meds are working.