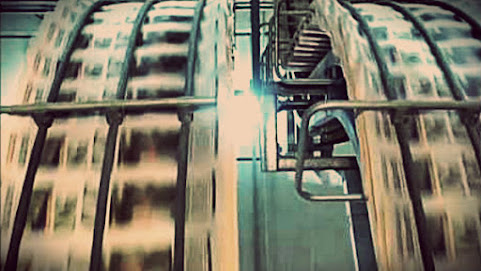 The newspaper contradicted a whole year of their coverage that lagged behind every other news outlet in town.

Sadly, the attempt to calm residents only inspired more outrage.

SPECIAL THANKS TO READERS WHO SENT US WORD OF KANSAS CITY STAR BETRAYAL OF THEIR OWN REPORTING AND HOMEOWNER FRUSTRATION VIA HACK SPIN AUTHORED BY LEADERS AT THE COURTHOUSE!!!

A few highlights from comments sent our way . . .

"The data is garbage put together by Caleb and it's just as flawed as the assessments. Why anybody would trust numbers from the Assessment director is beyond comprehension."

"The newspaper overlooks a fundamental fact and didn't even bother to raise the issue. Jackson County failed to conduct physical inspections mandated by the Charter when they were doing assessments. They DID NOT follow their own rules. The process was flawed and the paper let's them off the hook for it."

"Hendricks heads into retirement as the biggest hack Kansas City has ever seen . . . He should have just shared his byline with Caleb."

For those who didn't bother reading it, we don't blame you . . . The highlights:

"Despite reassessment, most tax bills in Jackson County aren’t skyrocketing after all"

FALSE . . . BY THEIR OWN ADMISSION PROPERTY TAXES WILL MORE THAN DOUBLE FOR 5,671 HOMEOWNERS!!!

Some of those increases are by more than 400%

Buried in this "analysis" is the final nail in the coffin of Exec Frank White's political career:

More to the point, there is little distinction betwixt some of these "developed" or residential properties . . . The KC Star swallows Courthouse wordplay that still reveals NEARLY EVERYBODY'S PROPERTY TAXES will spike dramatically and disproportionately.

Headline clickbait is cute but maybe one of the most greatest signs that the newspaper is living in an alternative reality wherein stories from hatched from the team of an old school ball player can substitute from REAL LIFE RISING BILLS confronting the public.

TKC doesn't have to win an argument with the newspaper or the Jackson County Exec's office . . .

WHEN MANY RESIDENTS GET THEIR BILLS THEIR PROPERTY TAX BILLS THERE WILL BE POLITICAL UPHEAVAL KANSAS CITY HASN'T SEEN IN DECADES AS THE COSTS WILL, IN FACT, FORCE MANY RESIDENTS OUT OF THEIR HOMES DESPITE THE ASSURANCES OF A DYING NEWSPAPER!!!

Sadly, the fake news published for the benefit of incompetent Kansas City political leadership will be of little comfort in one of the greatest economic debacles this town has ever witnessed.

Hendricks writing his retirement party note. Fun times! If he's lucky maybe he can get on Troy's staff after his newspaper time is complete.

Meh, this would be more important if more people actually read the Star.

Channel 5's reporting has been much more relevant and had better information.

"Headline clickbait is cute," according to a local expert on the subject.

But in fact, the statement that MOST tax bills aren't SKYROCKETING is accurate.

Some are. Most aren't.

Now WHO, exactly, is the Kansas City King of Clickbait Headlines again? Hmmmmm?

The truth and reality is … NO NEGATIVE PRESS aka articles on any Black public officials, no matter HOW much destruction of lives that is and has taken place under their "leadership"

The Star just assumes that everybody with a huge property tax bill will be able to secure a blighted area exemption, like they did.

Way to smart for the crooked politics of KC said...

"Residential property owners who filed an informal review request have been or are in the process of being notified of the Assessment Department’s decision. This notice of decision will primarily be sent via email. Property owners are encouraged to check their inbox, spam and junk mail folders for such notification and potential stipulations."

The KC Star is no longer an advocate for the people and hasn't been in a couple decades. It's noticeably odd how they will never be critical about local government in anyway. What a bad paper that needs to go out of business

If you believe anything the Star says thats the first clue you're not of sound mind.

Whatever happened to the rule that says they can’t raise property taxes more than 15% at a time?

Why should I have to sift through my spam email to find the result of my informal review? Too cheap to actually send a letter until the actual bill gets here? Everyone responsible for this mess is LAZY, wait till the next election. I bet there will record voter turnouts in retaliation for it.

That's Main stream media. They don't report the whole story. That is why the readers have gone to Independent Media. How would you like to write for a newspaper that vary few people read.

HEY CALEB Did your baby mama raise your child support on the kid you tried to run out on? And did the cops ever catch your brother who had warrants out on him? And how on earth did you ever get where you are since your classmates in EL Dorado say you were a con artist piece of shit in school? Now you be Frank's butt boy and the fall guy so you can go to Sanders jail and be his but boy.

And Frankie boy said they reviewed 22,000 appeals in 34 days, that comes to 647 reviews a day. How come the commie red star didn’t ask how this miraculous event happened with such a small staff and short time frame?

Oh and don't forget the meticulous, considerate, and professional formal review hearings. They had 100 cases to review in 90 minutes. Under 60 seconds per review.