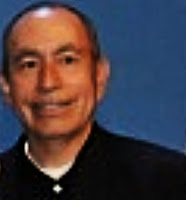 A stern rebuke for a high ranking Federal Court official is making national news and garnering some of the best coverage of the week so far.

Here are a few of our favorite followups after the initial news release:

Pitch probably had the most fun with it: Judge Carlos Murguia reprimanded for sexual misconduct - "A years-long extramarital sexual relationship with a drug-using individual.”

New York Times Picked Up The Story: Federal Judge in Kansas City Is Reprimanded for Sexual Harassment - The federal judiciary has worked in recent years to better address the harassment and abuse of employees.

WILL THERE BE ANY FALLOUT GIVEN THE TERM FOR FEDERAL JUDGES IS FOR LIFE?!?

- Activists and upstart politicos in KCK want to further embarrass UG Commish Ann Brandau-Murguia with these salacious deets as her reelection looms but we're not sure if that'll work considering they're divorced.

- High profile sis Janet Murguía might take a PR hit but she really does have "her own thing" and her support basically falls along partisan lines. However, she's probably the most vulnerable to push back over this public relations nightmare given the rise to prominence of the #METOO movement and her ongoing efforts to rebrand the National Council Of La Raza as UnidosUS.

- Basically, this whilst the deets are embarrassing, tawdry and great for a chuckle . . . Again, these jobs are for life and a few news outlets note "this public reprimand will be the extent of his punishment." And so, right now the sitch hasn't garnered any major repercussions given that rich, powerful, politically connected people are rarely face any lasting effects of their behavior.

Thankfully no Kansas City Municipal Court Judge has ever engaged in sexual deviance.

I would fuck a judge too if I got favors.
Who wouldn't?

Judges are first and foremost politicians. it's how they get the job. And politicians cannot be honest, it's just not in their DNA.

The photo you are using is incorrect. You can find the correct photo on the Star website or the Federal Court website. Your picture is of a Mexican politician not of the Judge in question.

Switched the photo out about an hour ago. I just thought he had gained weight. The Star's photo is about 25 years old. Found one that's more recent. Thanks!

He’s an article 3 judge so he’s not going anywhere.

He should have been thrown off the bench, dethroned or what ever you want to call it.

^^^^ That's not the way Federal Judgeships work. They're more secure than the presidency.

^^^^ Given the charges in this case. I'm pretty sure that's the problem.

Federal judges are not appointed for life. They are appointed to serve so long as they exhibit "good behavior." Look it up.

Impeachment is the usual remedy for bad conduct, but it is not the only remedy. If he is disbarred, he can no longer be a federal judge. If he is convicted of a crime, he may be required to resign as part of his sentence.

Murguia should resign. I have it on good authority that the reason he has survived this kerfuffle is that he is very pro-prosecution. The deep state hates to lose a homer.

I would love to bang his sister. Nice big titles and she knows how to spank some ass.

Yes, your Honor. I will blow you for favors. Call me.

One wonders how many folks he put in jail for narcotics violations??? And that does not rise to the level of High Crimes and Misdemeanors?

Total baller, he obviously has some skills!

Got arrested for marijuana (a single joint) back in my younger days. Had no lawyer and no money-went to see the county clerk about a hearing extension. He was obviously a homosexual but a nice guy. Recomended I get a public defender, and I did. Went in front of the judge-he seemed to be a part of the same homosexual cabal, and he was the most arrogant and unfeeling prick I have encountered in a position of authority. I think the cops even felt he was not a representative of the kind of justice they wanted to see. Point is, you can talk about not being biased or religion not mattering, but when 70% of the sinners standing in front of you still believe in the 10 commandments, your queer ass passing judgement on them is gonna go over REAL poorly. We got a whole lotta folks that are too college brainwashed and believe "truth" and "morality" is relative. This allows them and their constituents to fug other men's wives and have other fellas shove hairbrushes in their rectums. Stand in front of those momo's for huffing a hoover-and getting caught- you're gonna wonder where the old America went !