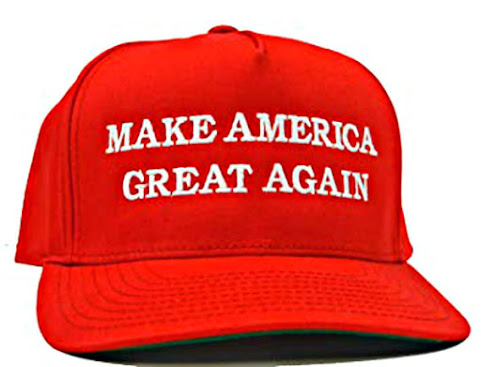 Further evidence that social media is nothing more than a network of hurt feelings no matter demographic or partisan stance . . . Here's another faux pas and reason for remorse at the current state of the discourse that once hosted debate about ideas instead of branding . . .

"The Missouri Department of Transportation's Northeast District is issuing an apology after posting an edited photo of an Illinois boy on social media."

TKC pro-advice: It's always best to keep from posting any pix of youngsters who should be PROTECTED FROM THE WORLD OF ONLINE SILLINESS rather than used as props for any rhetorical argument.

Meanwhile, given recent social media push back, we understand that MAGA fear is real and this is a good example of their advocacy as it's clear the political tides in this nation are once again changing.

And because of this error in judgement President Trump gets even more support! That’s the only real fear for people with TDR syndrome!

What would have happened if he was wearing a sleepy creepy joe or a fauxcahontas shirt?

It’s 7:35 pm. Monday night, and you two chuds are here?? No wonder everybody hates you! Losers!

Not much else to do on a Monday night. As for this obvious bias. I'm glad MoDot was called out on it. Why do they do these dumb posts anyway? Would rather they focused on fixing the damn roads.

And I'm sure I'm younger than you @7:36. Don't try to shut people down. Their concerns deserve to be addressed even if you don't agree.

In the political climate we are currently in, it was absolutely understandable why they censored out that hat and T-shirt.

If they hadn’t, some far left wing radical activist group would’ve seen it then the next thing you know there’s a mob of angry protesters around a modot office threatening and harassing employees.
And Modot has crews out in public on the roads all the time.
Some pissed off left wing nut job who sees a MAGA shirt on a MoDOT Facebook post gets out and assaults highway workers alongside the road or tries to run them over.

Tell me it couldn’t happen!!!

Ha! Chimpy @8:01 is having a silly monkey meltdown. He got all the pages of his Curious George books stuck together. Ewww!

Two million socialist in the U.S.GET bent out of shape Over a American FLAG OR A M.E.G.A.HAT. OR IF YOU ARE JUST WEARING RED. Out Of three million Americans .Its a mental problem,TRUMP DERANGEMENT SYMPTOMS. INJOY THE SHOW.

That's three hundred million Americans Don't Care If it is MAGA.HAT OR THE AMERICAN FLAG. WHAT UNTIL DONALD WINS IN 2020. They will TEAR UP NEW YORK CITY. VOTERS WILL NOT VOTE IN A SOCIALIST OR COMMUNIST. Donald is not perfect BUT he was better than Crooked Hillery.

Trump is better than whatever negro or homosexual the Democrats pick to run against him. Or senior citizen communist.

Network of hurt feelings...haha...good one tkc

There is no more free speech. We are going backwards. Our country is ruined no matter who is in office. The financial system will collapse in 2 years. housing is in a huge bubble again and it will burst. People are paying unreal prices for any home. Just like in 2006. and interest rates are lower than 2006. Besides, 4 or 8 years in office is not long enough for any president to turn the USA around. it will take decades. Example: Have we fixed social security, healthcare, crime, war on drugs, pollution, poverty, drunk driving, or cig smoking deaths? We have been working on them as a country for over 50 years. Little to no progress. President Johnson did manager to take down the billboard signs that uses to blanket the highways. That's all we accomplished. Presidents cannot really do anything substantial.

^^^Trump is trying, but the children keep throwing poop.