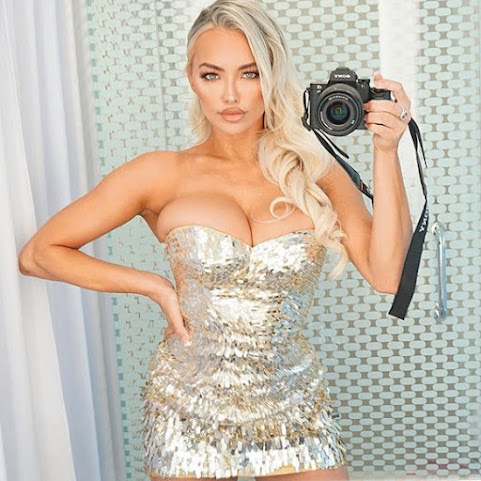 Hottie Lindsey shares a peek at her glamorous life with fans as we gawk at some of the better pop culture news links . . .

New York Post: Johnson & Johnson to pay $8B to man who grew breasts after taking drug

KANSAS CITY, MO (KCTV) -- Kansas City leaders are hoping to add two hotels to the Country Club Plaza. The project is still early in the planning stages, but the potential amount of $80 million has taxpayers talking. "They want to sit up here and build these hotels ...

PRINCETON, KS (KCTV) - Area farmers have been hit hard by mother nature this year, but one man says all that rain actually helped his crop. It's a day Bob Ralph has been waiting for after deciding he'd like to give growing popcorn a try.


More Than 1 In 10 Missouri Children Are Obese, But The Rate Is Stabilizing

More than 12% of Missouri children are obese, but the 2018 rate held steady from the year before, according to a report from the Robert Wood Johnson Foundation. Although obesity among Missourians age 10-17 is relatively unchanged, doctors say the stabilizing rate is a sign that public awareness campaigns and other health initiatives are working.


Chiefs' recent flaws may remind you of Alex Smith era

The five-year span with quarterback Alex Smith at the helm seems like so long ago. Do you remember what it was like when the Kansas City Chiefs putting up 24 points was a good game? Or when the offense had to depend on head coach Andy Reid to scheme open big plays?


Kansas City's First Police Chief Is Now Forgotten, But He Was Once A Wild West Legend

In the annals of Wild West lawmen, you may not know Thomas Speers, the first police chief in Kansas City, but he was a legend in the late 19th century. "He was contemporaries with Bat Masterson, Wyatt Earp, Wild Bill Hickok.


Mostly sunny, cool for your Wednesday

SIGNIFICANTLY NOW THAT WE HAVE CLEAR SKIES ESPECIALLY AFTER THE SUN LOWERS. 59 DEGREES BY 6:00. 7:00, 55 AND FAIRLY RAPID DISSENT. 49 DEGREES BY 9:00 CONTINUING TO DROP OFF EVEN MORE. WE PROBABLY END UP AT 38 IN THE MORNING. 37 FOR MARYVILLE. WINDS WILL BE OUT OF THE NORTHWEST.