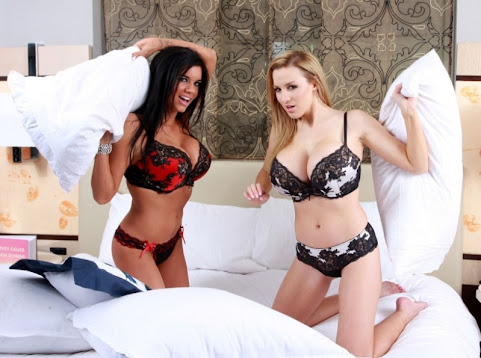 This morning we offer tribute to hottie Jordan and the many friendships she has forged over the scope of her career as we explore the topic of friendship via pop culture "news" reference. Checkit:

InStyle: The "Sexist" Friends Storyline One of the Show's Female Writers Argued Against

TelegraphUK: Why don't men have as many friends as women? Are they lonely... or just lazy?

GuardianUK: I can’t come to terms with my boyfriend’s female friendships

Hide Transcript Show Transcript NIGHT. WHAT BETTER WAY TO OPEN UP ONE OF THE MOST CLASSIC MOVIE THEATERS IN KANSAS CITY THAN WITH BUSTER KEATON AND THE GENERAL TYPICALLY REOPENING THE DOORS ON MONDAY NIGHT IN MAYBE THE BEST POSSIBLE SPOT THE NELSON-ATKINS MUSEUM. IT'S WONDERFUL. I'M HOPING THAT WELL BEYOND ME.

When it comes to talking about sex, the accepted wisdom is that parents and kids alike would just rather not. But Kansas City poet Natasha Ria El-Scari doesn't think that's healthy. Neither does her college-age son, who says he's benefited from his mother's openness and candor in a way his peers are missing out on.

LEE'S SUMMIT, Mo -- A dispute between a business and a former customer played out on social media. At the center of the issue: claims of fat-shaming. After losing almost 50 pounds from dieting, Michelle Kleoppel joined Shredd Gym in Lee`s Summit to firm up and change her body.


Wale had a nice time in Kansas City

The Orionid meteor shower is expected to peak early Tuesday, sprinkling remnants of Halley's comet in Earth's atmosphere to create a dazzling display.While the meteor shower will peak in the overnight hours of Monday night into Tuesday morning, Tuesday night into Wednesday morning before dawn could be even better, pennlive.com reported.

KANSAS CITY, Mo. - Some good Samaritans are helping out a Kansas City family ripped off by a contractor. John and Roxanne Baker and their company Spruce Design Build are donating their services to the Parris Family to complete a home addition.

FAIRWAY, KS (KCTV) - Get use to these cool days and chilly nights and maybe a couple of bone chilling nights as we get closer to Halloween. As many as five storm systems will cross the Midwest over the next two weeks keeping our temperatures mostly below average for this time of year.

Wahoo!
Now Tracey Thomas can go to a movie without having to sit in a darkened room with us peasants!
In fact, she'll probably be the only one there!