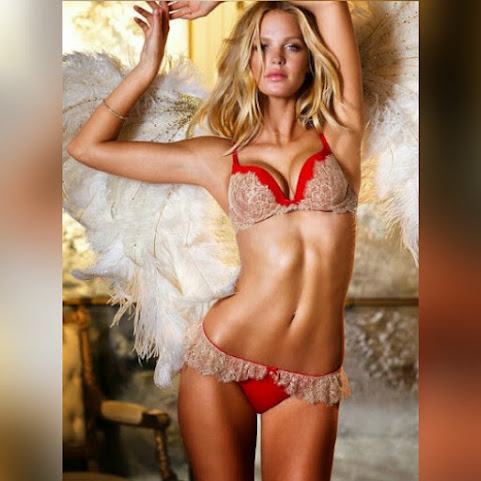 We start this Sunday with Victoria's Secret angelic inspiration in troubled times. Take a look:

Snopes: Will Michelle Obama Be the New Face of Victoria’s Secret?

Closer to home, here are the news links that we're considering this morning . . .


Inclusive playground at Children's Mercy is a 'game changer'

KANSAS CITY, Mo. - From the classic swing sets to fast-spinning merry-go-rounds, playgrounds have long been a staple in a child's life, but some children never get the full experience. Variety KC is a local children's charity working to change that.

KANSAS CITY, Mo. -- Another one bites the dust. Although, this one was more of a gobble than a single bite. A semi trailer was ripped to shreds by a bridge overpass on Saturday, Oct. 19 around 2:30 p.m. In the photos, you can see the trailer broken in half with sheets of metal hanging off and touching the ground.

DE SOTO, Kan. - The hemp harvest is underway across Kansas and it's the first time in nearly a century that the crop is legalized. Farmers hope the crop could bring in billions of dollars into the state's economy. It's a crop that De Soto, Kansa,s farmer Bobby Gabriel wanted to plant for a while.

The list is based on feedback from a survey taken by 140,000 students from across the country.


From the hayrides to the apple cider, fall fun thrives at KC Pumpkin Patch in Olathe

OLATHE, Kan. -- A local favorite has now become an expert at making fall magical for kids and grownups both. "Everybody loves the fall. The temperature's just right, lots of family activities to do, get together, pick out a pumpkin and also just enjoy the outdoors," Kirk Berggren said.

NORTH KANSAS CITY, Mo. - The newly opened Iron District sits at East 16th Avenue and Iron Street in North Kansas City, covering what once was a gravel parking area in a mostly industrial neighborhood. Developers envision the area now will serve as an incubator for local, small businesses as they start out and seek to grow their company.


Who you gonna call? Replica Ghostbusters car lights up the night in Independence

Dwight Frizzell was a teenager when he realized he could hear the Liberty Bend Bridge singing. The bridge spans the Missouri River just north of Independence. It's part of Highway 291, which runs above Sugar Creek's LaBenite Park.

Hide Transcript Show Transcript AN EXCITING DAY OF SPORTS YESTERDAY. PETE RAIN YESTERDAY MORNING. THIS ONE WITH FOG. IT LOOKS DRY FOR MOST OF YOUR DAY. WE ARE TALKING ABOUT RAIN SHOWERS MOVING IN LATER TONIGHT. 7:00 THIS EVENING, YOU WILL START OFF WITH SOME LIGHT RAIN IN EASTERN KANSAS.

Welcome to the Hellhole of The Great Plains

Being a worldly urban and big city expert from Hay's now that I am just out of high school my dream is to move to the Massive Megalopolis Kansas City. The iron district sounds like my dream comes true.

Snopes: Will Michelle Obama Be the New Face of Victoria’s Secret?

The Media is insane.

I thought Victoria’s Secret models had to be women? If thats so then that leaves Michelle Obama out.

Melania is hot, gorillas are not so....