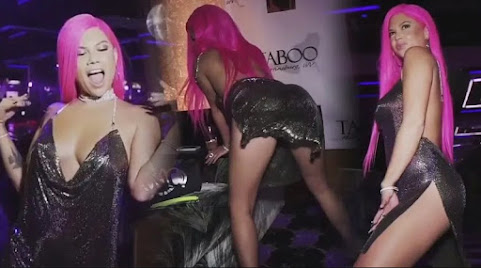 A quick pop culture peek at the discourse . . .

Nicki Swift: This is how much Chanel West Coast is actually worth

Spectator: The bizarre decision to remove the Venus symbol from sanitary towels

Closer to home and in news other than the ritual Saturday night gunfire, here are the latest links we're checking for tonight . . .

Fort Osage native Skylar Thompson and Kansas State dealt a big blow to No. 5 Oklahoma's national title hopes.The Wildcats' quarterback threw for 213 yards while running for four touchdowns, the defense did just enough against Heisman Trophy contender Jalen Hurts and the Sooners' prolific offense, and Kansas State held on through a harrowing fourth quarter for a 48-41 victory Saturday.It wasn't certain until Oklahoma (7-1, 4-1) tried on onside kick with 1:45 left.


MoDOT encourages drivers to take the "Buckle Up, Phones Down" pledge

LENEXA, Kan. - It's National Prescription Drug Take Back Day, a day for residents to properly dispose of unused, unwanted and expired medications. Police substations and sheriff's offices across the metro held the event until 2 p.m. on Saturday. One change this year, in addition to combating the opioid epidemic, is that police are trying to tackle vaping concerns.


College to set aside nearly $28 million for slavery reparations

The Princeton Theological Seminary is pledging to spend nearly $28 million on reparations over its ties to slavery, an effort believed to be one of the largest of its kind.Under the plan, which was announced last week and will be implemented over the course of the next five years, the

Recent USDA initiatives are making a big difference for the 24 million Americans without access to high-speed broadband.

Matt Moore has never truly had a team to call his own across these past dozen years. He was so close so often he could taste what it must be like to be the face of a franchise. But someone, or some...

KC culture of grossness. Some good songs though.

Chanel West Coast: the name says it all - White chick negro lover, and her laugh is just as retarded as rediculiousness, why is that even a show? You got a skate board punk who thinks he is black now to old to skateboard hosting the stupid show, and a negro pretending to play the videos and A west coast slut sitting on the casting couch driving most viewers from ever watching again. Even black dudes with aids wouldnt hit that hoe!!

Chanel West Coast is worth $20, maybe $30 if I'm drunk enough and it's getting late!